Two new singles put their trust in science to help them find ‘the one’ as Channel 4’s ‘Married at First Sight’ returns.

In the brand new series of the unique social experiment, Steph, 28, and Jonathan, 39, both from Somerset, are deemed as having ‘high potential’ by a panel of experts.

‘I’ve been a bridesmaid six times and I was beginning to think I was the cliché – always the bridesmaid and never the bride,’ says nurse Steph, who reveals she has been single for three years.

‘I’ve been in love once and that was the guy I thought I’d marry, move in with and have children with. A week before he went out with his friends and cheated on me. He definitely broke my heart.’ 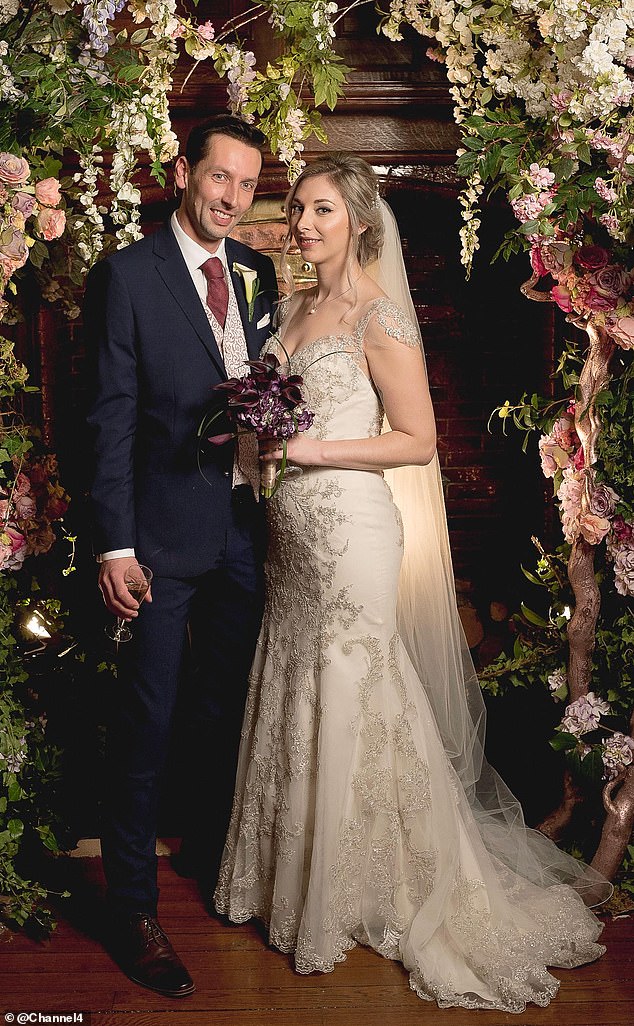 Strangers Steph, 28, from Yeovil in Somerset and Jonathan, 39, from Yatton, Somerset (above), wed in tomorrow night’s episode of ‘Married at First Sight’ – despite knowing nothing but each other’s names 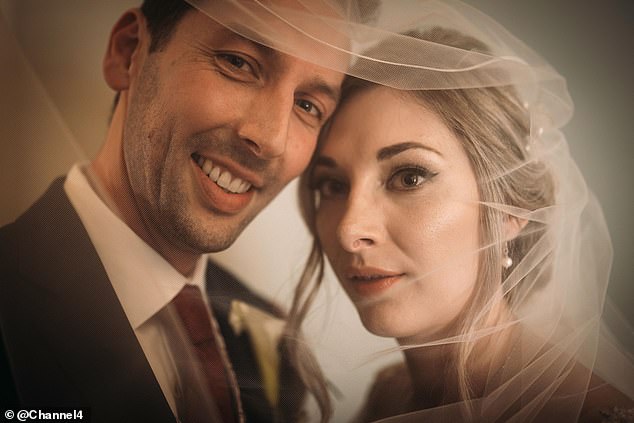 She adds: ‘I’m marrying a stranger because everyone I’ve met so far I don’t want to marry, so there’s only strangers left.’

Meanwhile, property manager Jonathan, who is a bit older, has been single for two years having had six serious relationships.

‘I don’t enjoy the dating game,’ he explains in tomorrow night’s episode. ‘I guess maybe I’m old-fashioned. People go for one night stands but that’s never been me.’

He continues: ‘You make a life plan and I haven’t got any of that. When it comes to marrying a stranger, I have nothing to lose but potentially everything to gain.’ 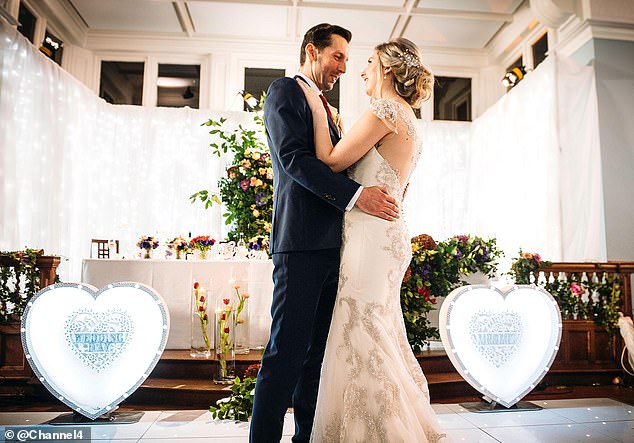 Gentleman Jonathan dubs Steph ‘perfect’ and tells her she looks ‘amazing’ in her wedding dress, before wooing her with a necklace and a game of Jenga he built because it was a present that would ‘last a lifetime’

And despite months of tests, the news of their engagement comes as quite the shock for the pair – who are told nothing except each other’s first names.

‘Wow I’m a bit gobsmacked really I don’t know what to say,’ says Jonathan. ‘I guess as of 8.54am this morning I’m engaged.’

But his biggest worry is when it comes to telling his mother, Susan.  ‘I can’t believe this,’ she says after hearing the news. ‘Is it a real marriage? So you don’t you know if she’s like Pamela Anderson – because she used to be your pin up.’

Meanwhile, Steph, who is described as ‘ambitious’ and ‘driven’ and is hoping for a mature and settled guy, breaks the news to her mum Vicky.

‘Yes I get to buy a hat,’ she squeals. ‘I’ll be on my best behaviour I promise. You’re a complete fruit loop and I love you dearly.’ 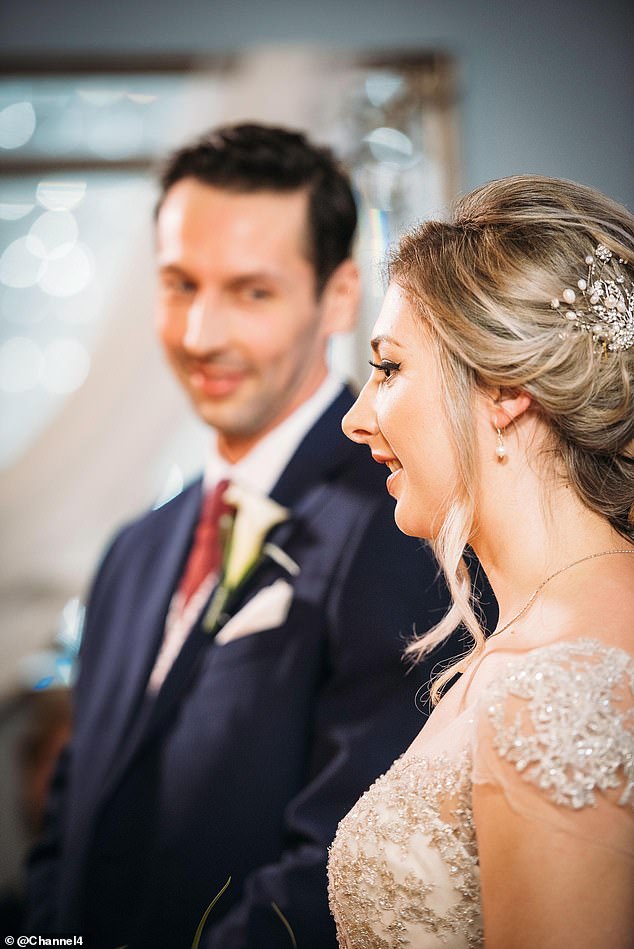 As the bride makes her way up the aisle, Jonathan breaks the ice by saying: ‘Hi, nice to meet you,’  before giving her a peck on the cheek

As the wedding days draws nearer, the nerves start to show – but Jonathan has a plan to impress his new wife.

‘I thought it’d be nice to make a gift for Steph,’ he says. ‘So I’ve made Jenga. It’s something new you can do as a couple or with family and friends.’

As the big day arrives, Steph’s concerns that ‘Jonathan might not show up’ are pushed aside as he greets her at the top of the aisle with a reassuring smile.

‘Hi, nice to meet you,’ he says, before giving her a comforting kiss on the cheek. ‘After all these weeks I’m finally glad we met. At least we’re doing it together.’

After the vows are exchanged, the strangers seal the deal with a kiss on the lips, before Jonathan tells his new wife that she’s ‘just perfect.’

‘You walked in and I thought thank Hod,’ he says. ‘You looked amazing.’ 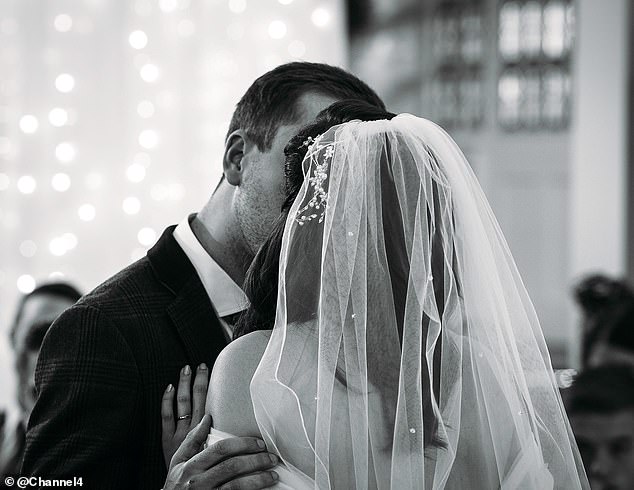 As their new families watch on, the couple exchange vows and seal the deal with a kiss – before heading off and getting to know each other…as husband and wife 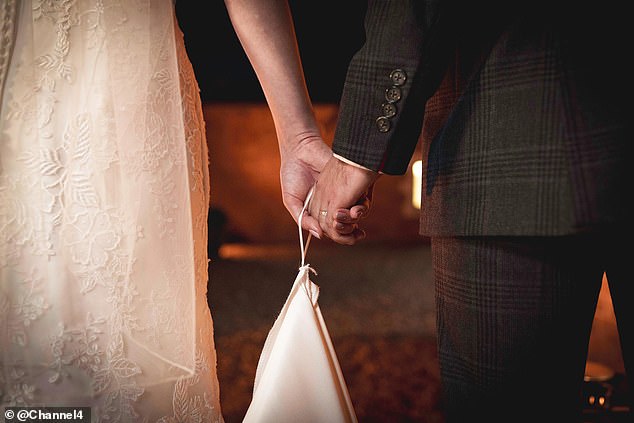 As their big day draws to an end, Steph reveals she feels ‘very good’ about her new husband.  ‘He’s really easy to get on with,’ she explains. ‘He just seems like a really lovely, genuine man. I just have a really good feeling about him’

And when the pair sit down for their meal, he wins her over again by declaring: ‘The modern world of dating has many pitfalls and when I saw the opportunity of a panel of experts to step in where I’d failed, I grabbed it with both hands – and how lucky am I to be matched with you.’

As the evening of celebrations continues, the newlyweds aren’t the only two to see a possible connection.

‘He comes across as a complete and utter gentleman,’ says Steph’s mum. ‘He seems wonderful for her. The most loveliest, gentlest man ever. Someone who I’d wish for my daughter – more than what I expected, but everything I hoped for. I’m very happy.’

Just seven hours after tying the knot, the couple are alone for first time ever as they arrive at their honeymoon suite – where Jonathan reveals the game of Jenga he built and also a sparkling necklace he bought for his new wife.

‘I’m feeling very good about Jonathan,’ says Steph. ‘He’s really easy to get on with. He just seems like a really lovely, genuine man. I just have a really good feeling about him.’