The moment a man was arrested in front of his family for possessing more than 50,000 images of child abuse has been revealed in tonight’s dramatic episode of 24 Hours in Police Custody.

Bedfordshire Police raided a family home in search of Asim Hussain, 32, from Kingsway, Luton, in February 2017 where they uncovered 54,000 images of indecent images of children on computers.

However they were astonished to find over £200,000 in cash hidden around the house, including some underneath the bed of Asim’s brother, Tahir Abass, 36, as well as 100 wraps of cocaine.

They were both sentenced to six years in prison in April 2018 for supplying drugs, and Asim Hussein went on to be sentenced to a further 18 months for making and distributing images of child pornography. 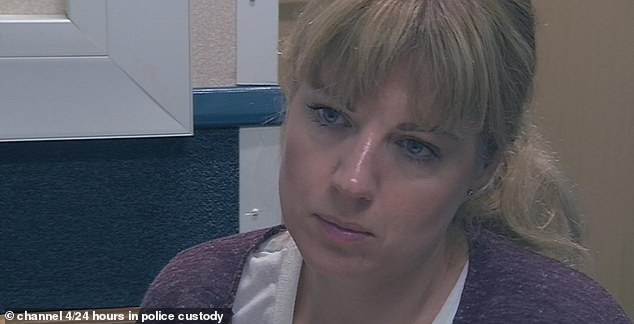 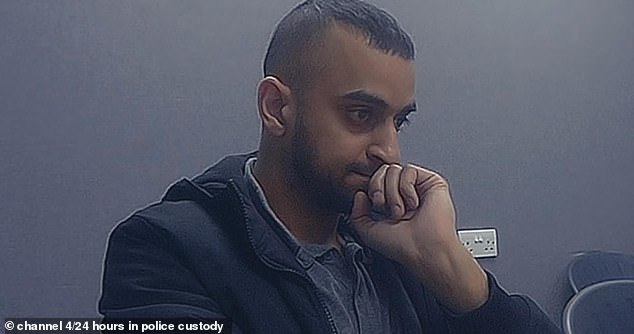 As the investigation continued, the police found keys to a secret house where they believed the drug dealing brothers were ‘cutting’ their cocaine supply.

While the police investigation into the images was ongoing, the police were able to charge the pair with drug related offences and the brothers were jailed.

Initially, police raided the family home after they received information that an occupant was accessing indecent images of children.

With the family gathered in the sitting room, Asim volunteered to be arrested, saying ‘I don’t want any of my family involved in this’. 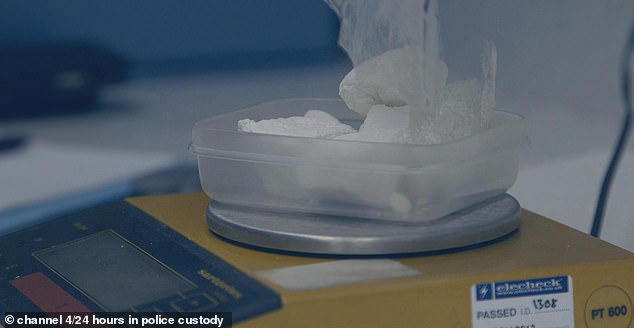 Police found over £200,000 in cash in the home, as well as piles of cocaine, before they uncovered a second ‘drug’ house 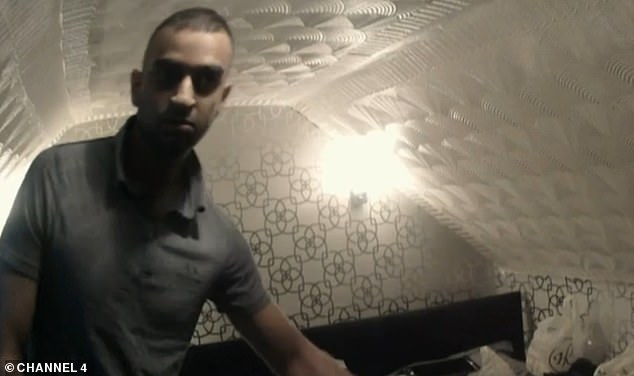 Police found Asim in bed with his attic bedroom on his laptop when they raided the house, and asked him to get dressed and come downstairs 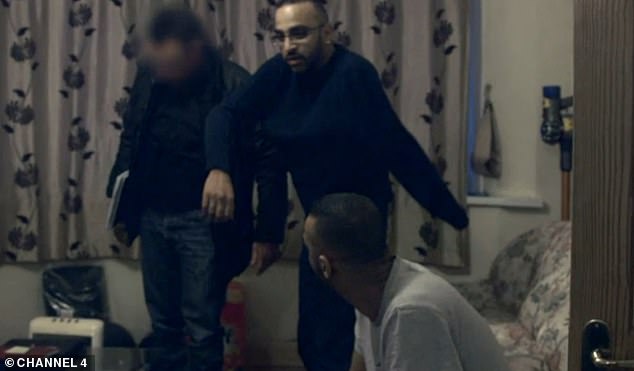 The family, including Asim’s brother Tahir Abass, pictured above, were gathered in their lounge by the police

A number of digital devices belonging to Asim were seized, including two laptops, three hard drives and a mobile phone. They were found to have over 54,000 indecent images of children, including some of babies and children as young as eight.

As the police raided the house in the early hours of the morning, they found Asim upstairs in his bed on his laptop, and asked him to join them downstairs once he was properly dressed.

They gathered the family in the downstairs sitting room, and let the group know that the IP address has been flagged for indecent images of children. 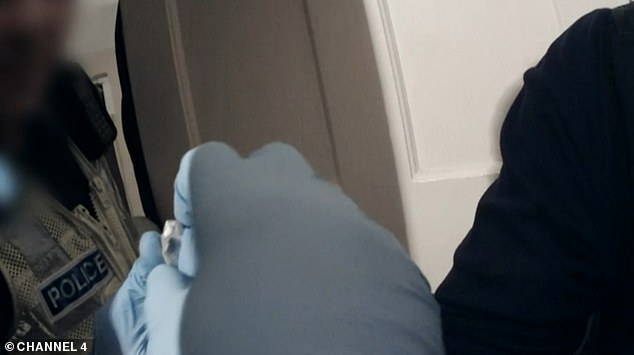 When police discover cocaine in the house (pictured above), they go on to arrest Abass for possession of Class A drugs 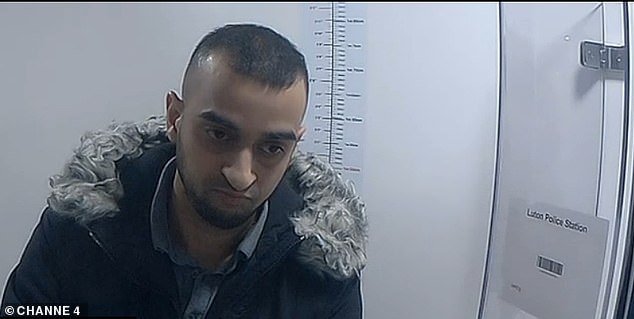 Asim looked gutted to be arrested, and was pictured putting his head in his hands when police revealed they had discovered his cocaine and cash stash 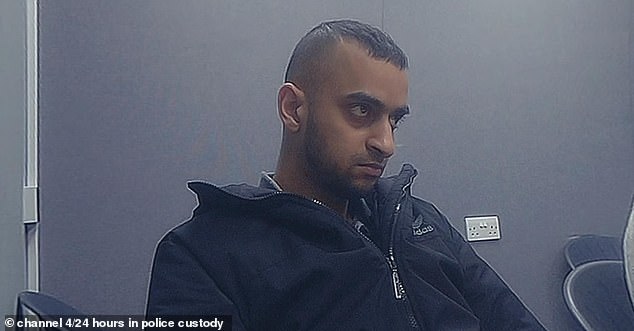 Asim volunteers to be arrested when police raid their home, however the team go on to find thousands of pounds in cash hidden around the house

Asim almost immediately volunteered to be arrested and stood up, suggesting that his family were not involved in his crimes.

But officer Nikki told the drug-dealer to relax, saying: ’Right let’s all stay calm at the moment. Bear in mind you are under caution so anything you do say will be given in evidence.’

But as police searched the house, they also found piles of cocaine and thousands of pounds hidden underneath Tahir’s bed.

Both brothers were arrested for supply of a Class A drug, as the police went on to find an estimated £200,000 in cash in the house.

With only 24 hours to charge the brothers, officers were under pressure to be sure that they had all the evidence necessary. 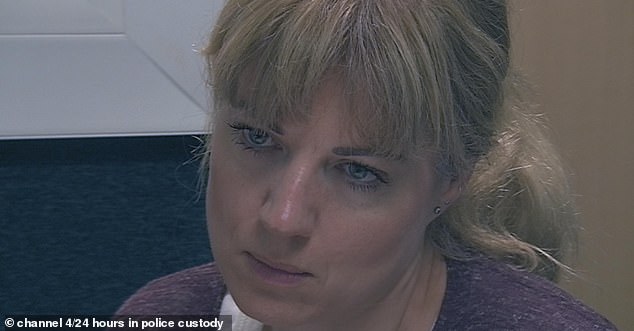 Owens revealed her own personal relationship with abuse, saying that her mother revealed she had been abused to her when she was a teenager

She revealed that she struggles with her job, and says she often feels as if she is ‘ruining people’s lives’ with her arrests, but that there’s a personal reason behind why she chose this career.

Nikki’s mother revealed to her that she had been sexually abused as a teenager, and although she told her own mother about it, nothing was ever done.

How police were able to uncover the drug dealing brothers

Two Luton men were jailed for a total of twelve years after they were found hiding a huge stash of drugs and cash.

Tahir Abass, 34, and Asim Hussain, 30, both of Kingsway, Luton were arrested after Bedfordshire Police raided a house in a criminal inquiry relating to indecent images of children on 16 February 2017.

During the search, officers found a large stash of cocaine, as well as more than £150,000 in cash.

Both men pleaded guilty to intent to supply cocaine and acquiring criminal property, including £160,000 of cash and electronic devices.

They were sentenced at Luton Crown Court on Thursday, April 20th, 2018.

Officer Nikki Owen said: ‘As well as dealing cocaine, the duo were found to have tens of thousands of pounds of cash in their possession which they admitted was as a result of their criminal activity.’

Later, Tahir was sentenced to an additional 18 months in prison for making and distributing indecent images of children.

Now the officer works to attempt to convict criminals who create and download indecent images of children, but shed admitted she is haunted by what she sees.

She said: ‘I see children being raped, I see babies being raped. What could be more shocking than that?

During the hour long episode, Nikki interviewed both brothers with regard to the drug offences and the indecent images of children found on the computers.

However, both Asim and Tahir refused to answer her and repeatedly answer ‘no comment’. 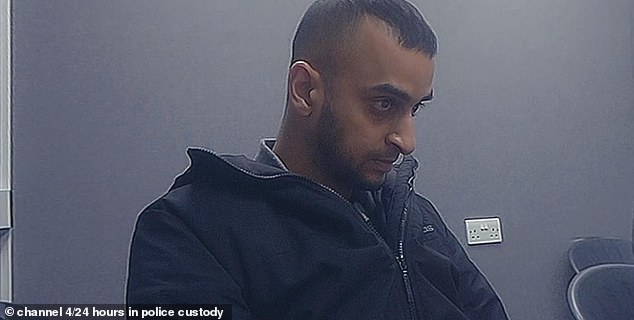 Asim repeatedly answers no comment to questions from police, and went on to be prosecuted on drug related charges 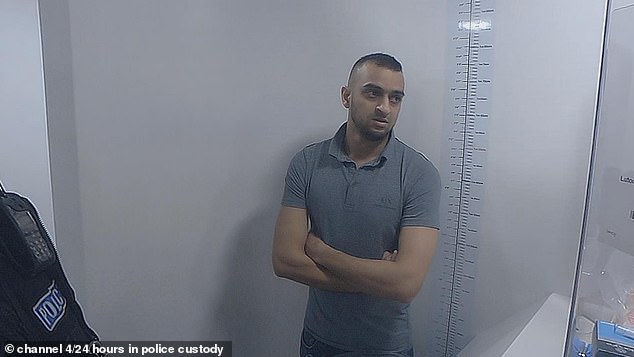 He was later prosecuted on charges related to the making and possession of indecent images of children. Asim pictured in police custody

As Owens revealed that she has found images of babies and children as young as eight on his computer, she asks Asim if he has ever masturbated to the images.

But the refused to answer any of her questions, and continued to say ‘no comment’.

Meanwhile brother Tahir released a statement ahead of his interview to indicate he has no knowledge of any images of child abuse, and had never downloaded or viewed the pictures.

By the end of the programme, police had enough evidence to charge them with drug related offences, but it took months to investigate and collect the necessary evidence to prosecute on the child pornography charges.

The brothers were both sentenced to six years in prison, and when Asim went on to be found guilty of making and distributing indecent images of children, he was given a further 18 months in jail.