The Duchess of Cambridge followed the royal rule book today as she attended her first joint engagement with the Queen.

Kate, 39, kept to her usual style in a smart grey Catherine Walker coat, as they both attended King’s College to Open Bush House, but she also teamed her dress with black tights and a hat.

Unless it’s a special occasion Kate is rarely seen in hats for informal day events, and it could have been a sign of respect to the monarch, who also wore a pink Rachel Trevor-Morgan hat with floral detailing at the brim.

William Hanson, etiquette expert said: ‘Formal day dress always requires a hat and the Queen is rarely seen in public during daytime events without one. Catherine will undoubtedly have known that a hat was required if she wished to keep in the royal good books.’

But it wasn’t just a hat that the Duchess sported to keep in the Queen’s good books, she also wore black tights, instead of her normal sheer tights and allowed the Queen to exit the car first.

Hanson adds about the Duchess: ‘As a future queen, she completely understands the role and her current place in the royal pecking order. At today’s engagement in London she followed the royal rule book, as usual, to the letter.’ 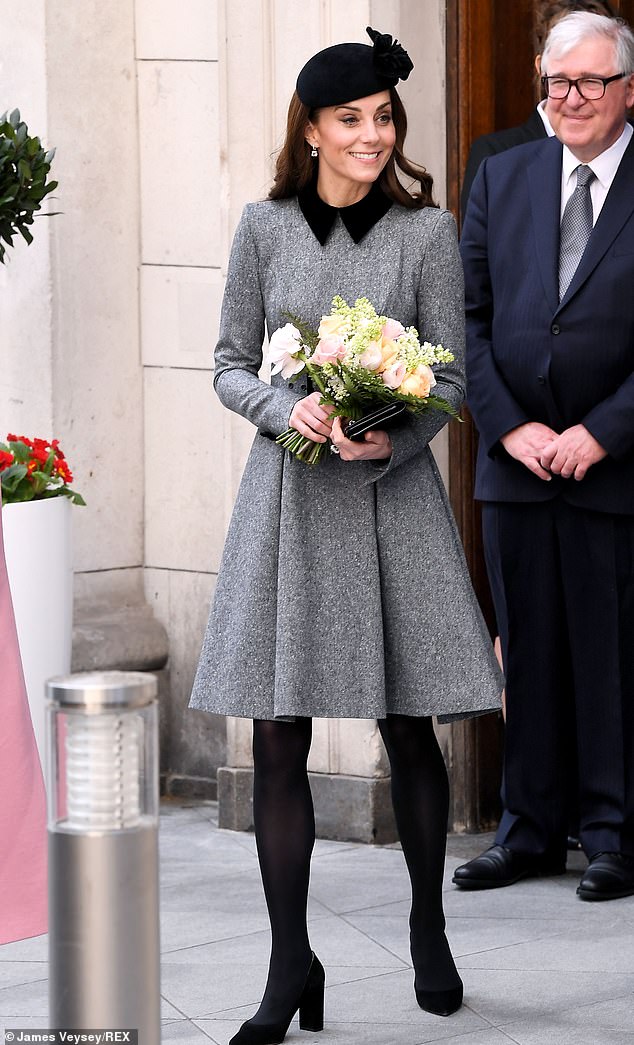 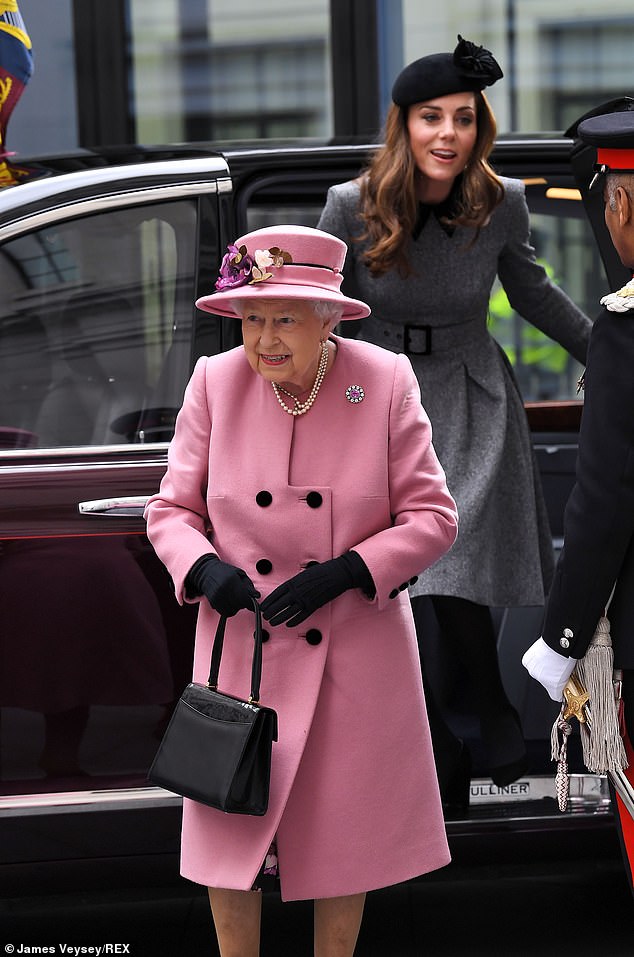 William Hanson, etiquette expert says that it is standard practice that The Queen exits the car first

Kate is normally pictured wearing sheer tights with her dresses, such as at this weekends St Patrick’s Day parade and even last month she paired a blue dress, in Ballymena, with sheer tights.

By wearing black tights Hanson believes it was Kate’s way of being more traditional: ‘Sheer tights are more modern.’

At the Queens Jubilee, in 2012, when Kate was pictured following her out of the car, she is seen with bare legs – so it could be a fashion faux par she wasn’t keen to repeat.

Hanson also revealed that her choice of dress was also a respect to the Queen: ‘It’s interesting to see that The Duchess of Cambridge wore a more muted mid-grey dress, that at times blended in to the surroundings, allowing The Queen to stand out and take the main focus.’ 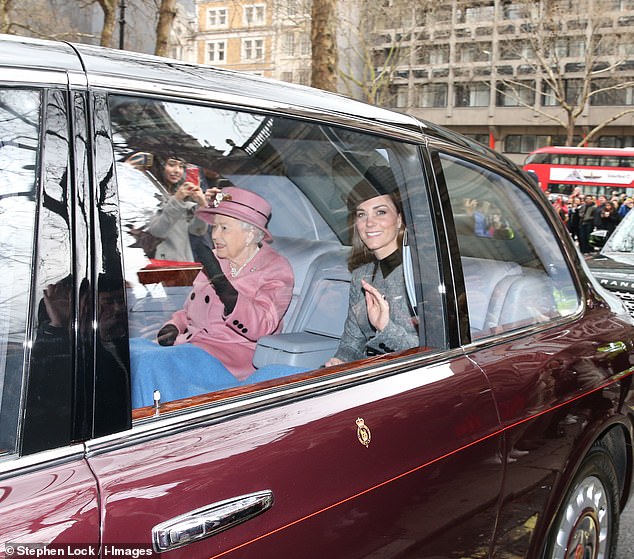 Kate Middleton and the Queen, shared a blanket in the back of the car as they pulled up at King’s College London, where they will reopen Grade II-listed Bush House 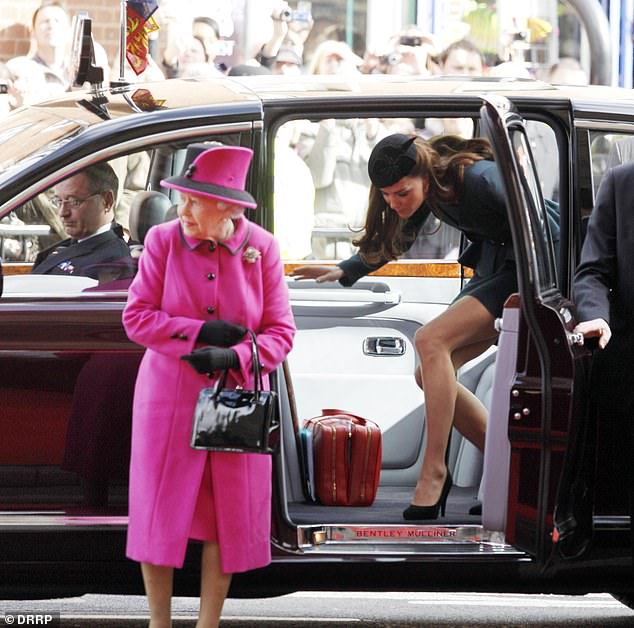 Kate with the Queen at her Jubilee in 2012, where she wore bare legs, which is a bit more modern

The Duchess of Cambridge also kept up tradition when it came to exiting the car. Even though she was sat in the closest position to exit the car first she allowed the Queen to.

‘It is standard practice that The Queen exits the car first,’ adds Hanson, ‘although strict protocol actually dictates that the most important person arrives last – but with only 2 seconds difference here there is no breach of protocol of note. I am sure both ladies worked out what was going to happen before it did.’

As they arrived at the event the royals also shared a blue blanket over their laps – something the Queen is known to do and the Duchess seemed happy to follow suit with the tradition.

Kate is normally pictured wearing sheer tights with her dresses, such as at this weekends St Patrick’s Day parade

The Queen, who is patron of King’s College, toured the facilities with Kate today and met supporters of the development.

They also viewed a robotics demonstration, including robotic surgery, and a demo showing how sensors made from textiles can measure useful information about the body.

Talking about how she changed her in style for today’s joint engagement Hanson said: ‘Although some rules can be adapted on occasion, when appropriate, working alongside the monarch is not one of these occasions and I am glad to see that Catherine chose to play it safe.’ 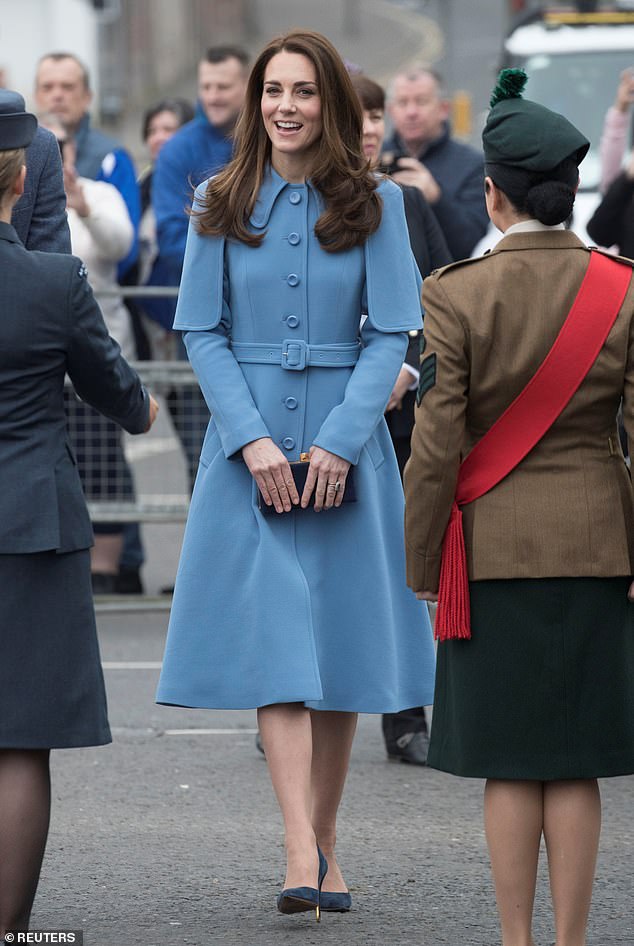 Last month the Duchess of Cambridge paired a blue dress, in Ballymena, with sheer tights 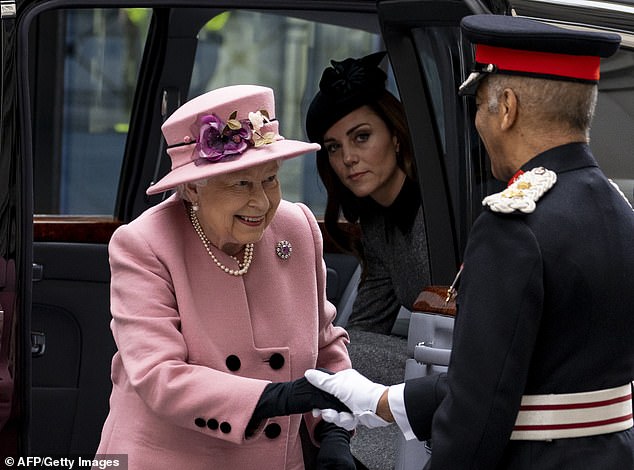 Duchess stayed in the Queen’s good books by also weraing black tights, instead of her normal sheer tights and allowed the Queen to exit the car first 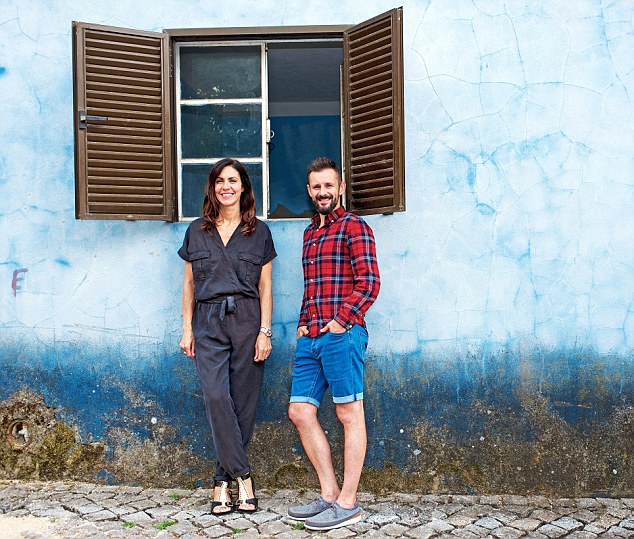 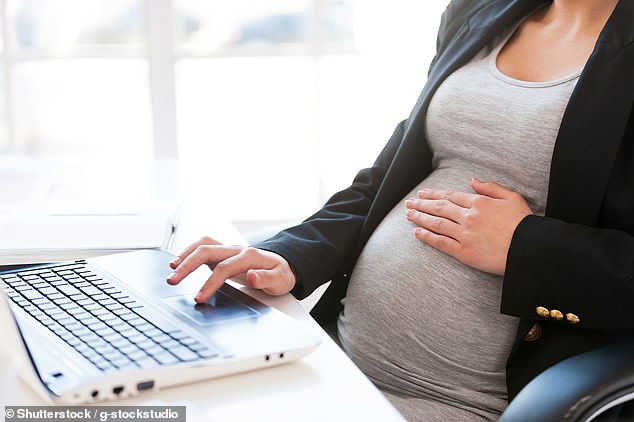 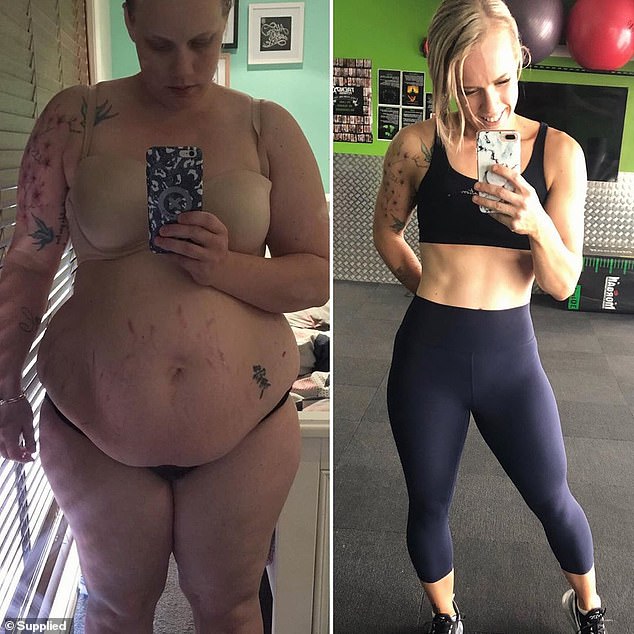 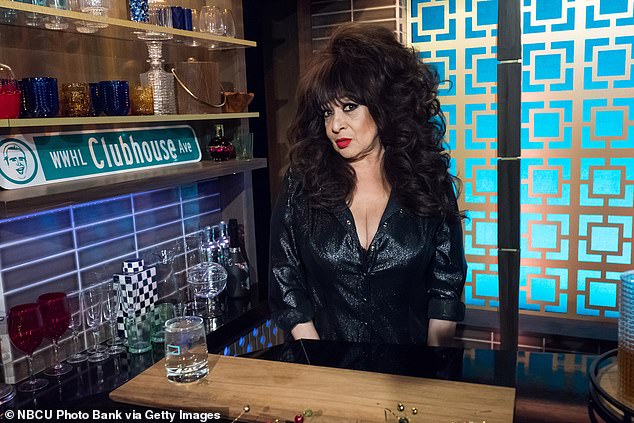 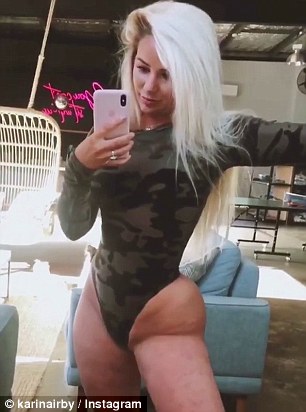 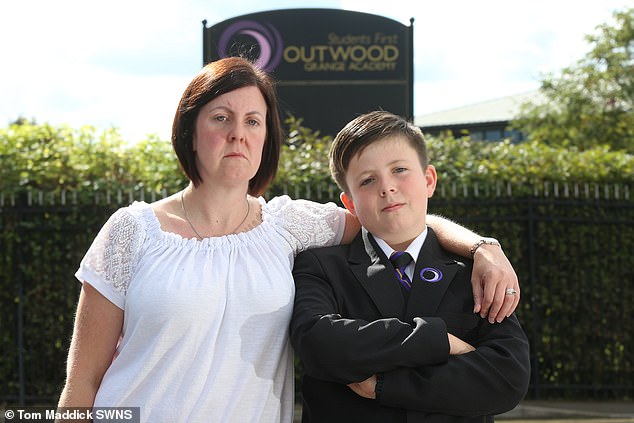 Boy, 11, was TURNED AWAY on his first day of school and told his place had been ‘revoked’ – now Archie is stuck at home in bureaucratic limbo while his mother risks a truancy fine