The last time I swallowed a mouthful of seawater I was six and a huge wave had knocked me off my feet and sent me crashing on to the rough shale.

I was convinced I’d swallowed something slimy along with the retching saltiness, and it put me off sea swimming for years.

This time, however, the seawater came in a smart glass ampoule and promised me health and vitality. Mind you, at £1.33 per daily dose, it was considerably more expensive than my accidental mouthful of the Irish Sea.

The supplement, Quinton Hypertonic, is one of a growing number of pills, vials, powders and even beauty products, harnessing the powers of phytoplankton, the latest buzzword in wellness circles. Plankton are microscopic, mostly single-cell organisms which live in the ocean and multiply rapidly in vast ‘blooms’ visible from space.

At three billion years old, they’re the oldest, most primitive life form and are incredible little things: they take in carbon dioxide and release oxygen. In fact, it’s estimated they provide at least two-thirds of the world’s oxygen, and they contain a treasure trove of vitamins, minerals, antioxidants and — best of all — essential fatty acids. 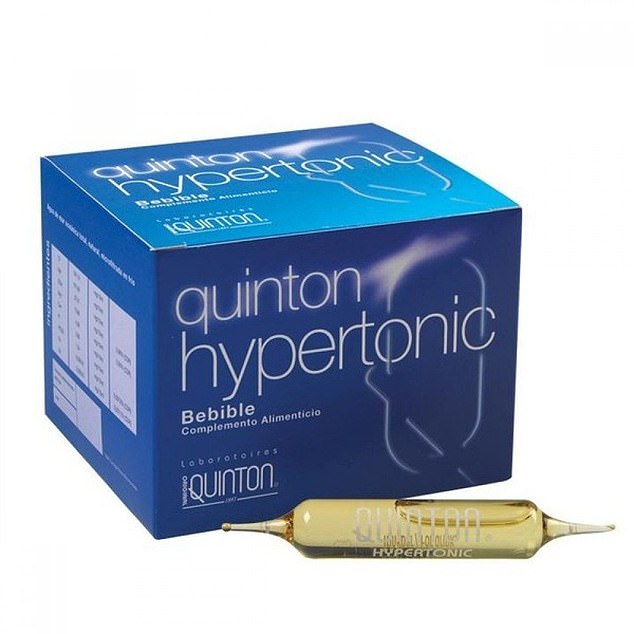 The supplement, Quinton Hypertonic, is one of a growing number of pills, vials, powders and even beauty products, harnessing the powers of phytoplankton, the latest buzzword in wellness circles

It’s because fatty fish eat plankton (or eat other fish that eat plankton) that they’re such a good source of omega-3 fatty acids — essential to our brain functioning and to lower heart disease risk.

So, the theory goes, if they’re good enough for fish, they’re good enough for us. Plankton are particularly high in the so-called ‘long chain’ fatty acids, DHA and EPA. There’s no official recommended intake of omega 3s, although we’re advised to eat 1-2 servings of oily fish a week. One small (85g) portion of farmed salmon provides around 1.8g.

Marine plankton supplements vary, but wellness guru Daniella Hunter’s Phytovive, a bright green powder you mix with water, contains 100mg of EPA per each half a teaspoon (2g).

Plankton is also rich in carotenoids — an antioxidant that gives carrots their colour — amino acids (sometimes all nine), vitamins B, C and E, and other useful phytochemicals plus the full spectrum of minerals and trace elements in the ocean that are so lacking in modern, over-processed diets.

So far, so exciting. But while enthusiasts rave about this near-perfect ‘super food’ that’s even more potent than the other trendy marine algae, spirulina and Chlorella, there’s not yet much research on the specific benefits to humans.

Of course, we know we should be eating more omega-3 and more antioxidants and minerals, but there are several thousand species of plankton. Does every one contain the same spectrum of nutrients in the same quantities?

Scientists don’t yet know enough to say. And some of the supplements available online don’t even have a full nutritional breakdown, so we can’t be sure what’s in them.

‘While there are many nutrient-rich marine food sources, including some seaweeds and types of fish and shellfish which provide iodine, selenium, zinc, some omega-3 and protein, there is no clear evidence that marine phytoplankton supplements have any specific benefits to health,’ points out Dr Frankie Phillips, of the British Dietetic Association.

Medical nutritionist Dr Sarah Brewer (drsarahbrewer.com) thinks plankton are potentially interesting as a supplement, but it’s too early to say for sure. ‘Plankton supplements can contain good amounts of vitamins and minerals, plus amino acids, lipids and carbohydrates. They’re also an excellent source of omega 3s, particularly for vegans who don’t eat fatty fish. But you can get all those benefits from other sources in your diet.’ 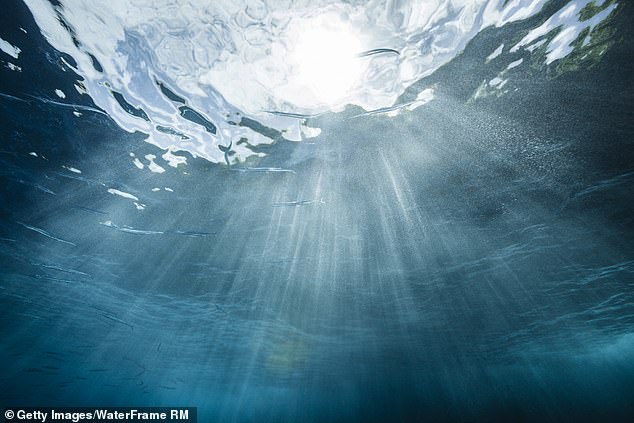 Of course, we know we should be eating more omega-3 and more antioxidants and minerals, but there are several thousand species of plankton

She worries that we’re trying to short-cut our way to health by taking weird and wonderful sounding supplements when a healthy diet should come first. ‘Plankton is great if you’re a whale, but I’m not sure it’s necessary for us,’ she says.

Dr Brewer also worries about the source of the plankton when our oceans are so polluted by plastic and chemicals. ‘You have to be very careful when dealing with plankton blooms as they can be toxic and cause illness. I would want to be certain that any supplement I used had been properly screened to make sure there are no toxins and pollutants like mercury and PCBs.’

So, back to my seawater supplement, Quinton Hypertonic. This doesn’t contain any phytoplankton, but it’s harvested from directly underneath a plankton bloom in the Bay of Biscay. The idea is that it contains all the goodness that plankton excrete, and in a form that’s useable by our bodies. (Great, so now I’m not just drinking sea water but plankton poo!)

It’s named after French physiologist René Quinton, who claimed more than 100 years ago that this ‘marine plasma’, as he called it, was very close in mineral make-up to the fluids in our own bodies, with all 78 minerals our bodies need, in the right proportions, for optimum health. And because it was so similar to our own internal fluids, the nutrients would go straight to our cells. He bel-ieved his Quinton tonic could boost the immune system and help the body fight off illness, and it was widely used in early 20th century France and Spain to treat malnutrition and gastro-intestinal infections, skin conditions and fertility problems.

Until the Eighties it was licensed in parts of Europe as a medicine, and has recently been relaunched as a food supplement, first in Europe and Ireland 18 months ago, and now in the UK (at online health stores revital.co.uk and cellnutrition.com).

People who take it regularly say it helps with tiredness and helps give them stamina. They also say their skin glows, their hair shines and their nails are healthier, which is a sign they are getting enough minerals into their body

There are two supplements: Hypertonic, which is pure seawater, and Isotonic, diluted with spring water. Ideally, you’d take an ampoule of hypertonic in the morning on an empty stomach and an ampoule of isotonic in the evening, says UK CEO John Kelleher.

He says you need to take it for two weeks to a month to see the benefits. I’ve managed 28 days so far and I can’t say I feel vastly different, although it’s possible my skin feels slightly smoother.

‘People who take it regularly say it helps with tiredness and helps give them stamina,’ he tells me. ‘They also say their skin glows, their hair shines and their nails are healthier, which is a sign they are getting enough minerals into their body.’

I almost gagged every morning during the first week knocking back a 10ml ampoule, and as for their advice to swill it around the gums before swallowing, I just couldn’t do it.

‘Yes, it’s a salty taste because minerals taste salty, but you get used to it in a few days,’ says Kelleher. ‘Although I know some athletes won’t take it because of the taste.’

‘It’s true that most of us are lacking in minerals like magnesium, selenium and iodine, but you can get these from your diet and diet should come first. If you are going to spend £40 a month then it’s better to buy more vegetables, fruit and wholegrains.’

Melania Trump returns Mar-a-Lago to be with Barron after whirl wind visit to Iraq
National Enquirer could lose plea deal over 'Bezos blackmail'
Meghan's mother Doria Ragland 'will fly to London' to be her daughter's side for the birth
These long-suffering wives came home to cheeky notes left by their husbands
Trump slams telecom giant Huawei for hiring former Obama cyber security official as lobbyist.
Biden reminds New Hampshire voters that Trump called their state a 'drug-infested den'
Nine new gun laws loosening restrictions in Texas go into effect day after deadly shooting in Odessa
Texas woman saves the life of British teen from after he had a seizure while they played video games