She has been an advocate for stricter and safer gun laws in the United States.

Now, in the wake of that horrific mass shootings at two mosques in , has come out in support of leaders in the country who have vowed to change its gun laws. 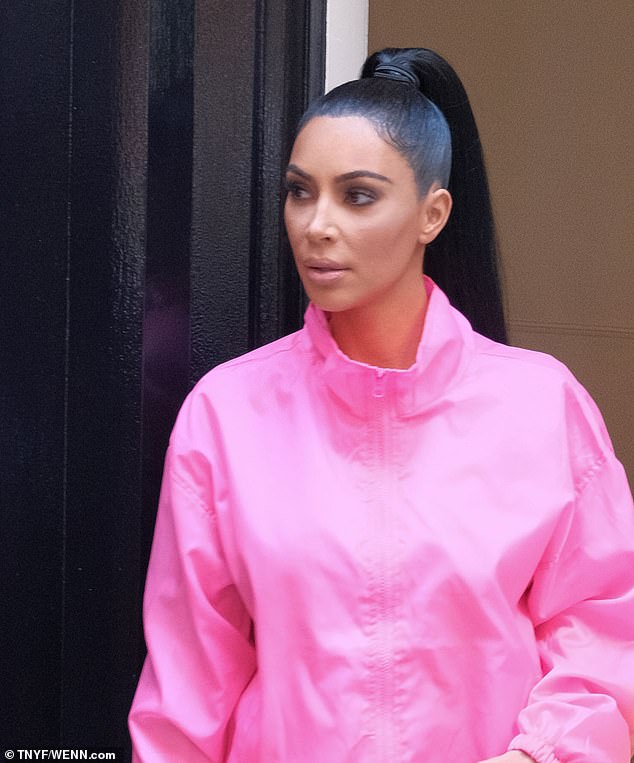 Khloe Kardashian was quick to lend her support to her older sister.

Within hours of the massacre that killed 50 people, New Zealand Prime Minister, Jacinda Ardern, promised to change the country’s gun laws, though she didn’t immediately specify how.

‘I can tell you one thing right now. Our gun laws will change,’ she declared during a news conference. 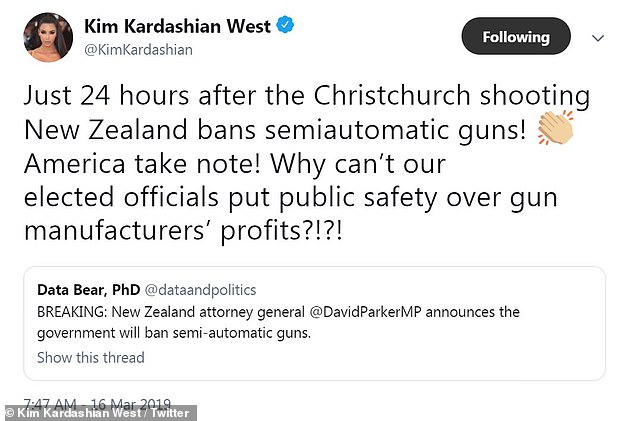 Advocate: The reality star shined the spotlight on US leaders to follow suit

New Zealand’s attorney general, David Parker, took it step farther and vowed to ban semi-automatic guns at a vigil on Saturday, but later backtracked as reported by .

‘Those decisions have yet to be taken,’ he told Radio New Zealand.

‘But the Prime Minister has signaled that we are going to look at that issue [banning semi-automatic weapons].’

Currently the sale of semi-automatic guns is not restricted in New Zealand.

The suspected shooter has been identified as Brenton Tarrant, 28, of Australia. He used five guns in the attacks and had a gun license allowing him to legally purchase all of his weapons. 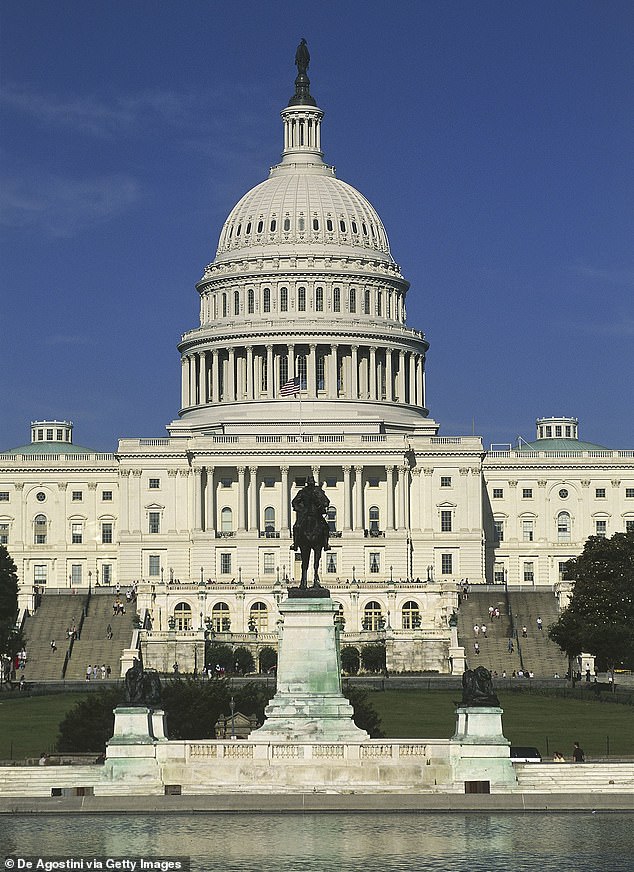 Worried mom: Kim Kardashian has been an advocate for stricter and safer gun laws in the US 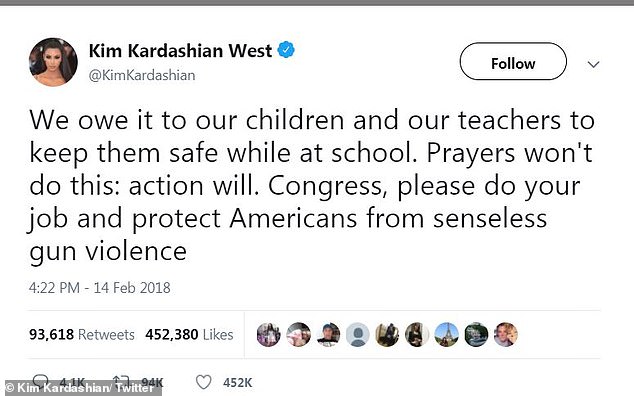 It was just over a year ago that Kim Kardashian called for safer gun laws in the US following the mass shooting at Marjory Stoneman Douglas High School in Florida.

‘We owe it to our children and our teachers to keep them safe while at school,’ she tweeted February 14, 2018.

‘Prayers won’t do this: action will. Congress, please do your job and protect Americans from senseless gun violence.’

While Kim was letting her voice be heard on gun safety, husband Kanye West was spotted arriving at his studio in Calabasas on Saturday.

Looking casual but trendy in sweatpants and a sweatshirt, the hip-hop legend stepped out of his white Tesla and headed inside for a day’s work. 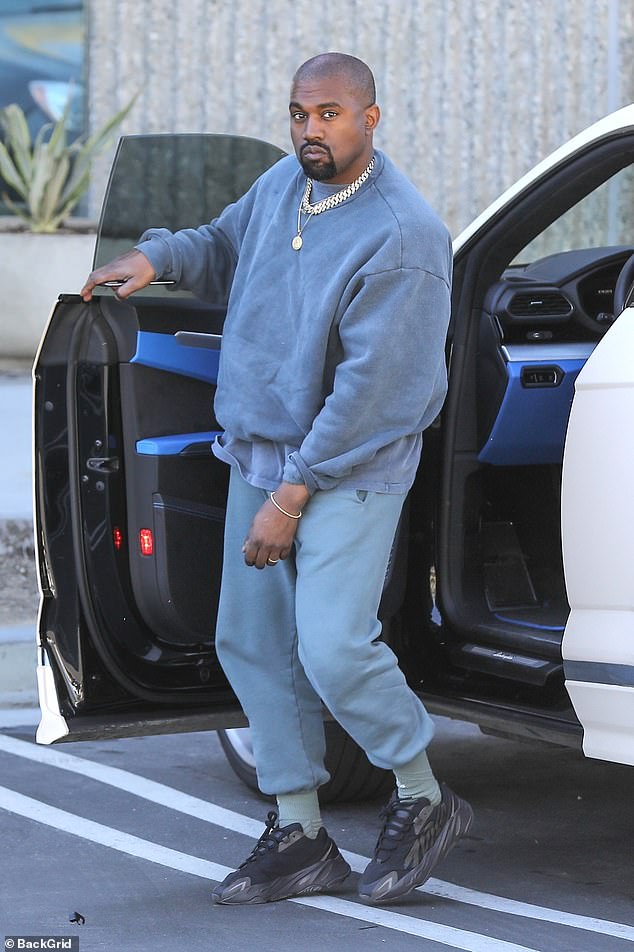