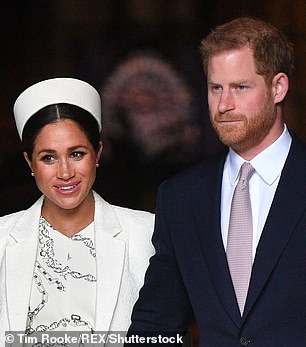 Luxury pram company, iCandy, were spotted making a visit to the Duchess of Sussex’s new home leading to speculation that she will be choosing to use their pushchairs with her new baby

It is one of the most important purchases any new mother will make.

And it seems Meghan has been particularly careful in her choice of pram – opting for a brand which already has royal backing.

A car from trendy manufacturer iCandy was spotted visiting her and Harry’s future home on the Frogmore Estate last week. The 86-year-old firm received the Queen’s approval with a special innovation award in 2016, and recently recruited the Queen’s granddaughter Zara Tindall as an ambassador.

The company’s ‘luxury’ prams and buggies – which cost up to £1,500 – have proved popular because they are easy to fold up and carry. However their modern look is quite different to the traditional Silver Cross prams used by Kate and William. 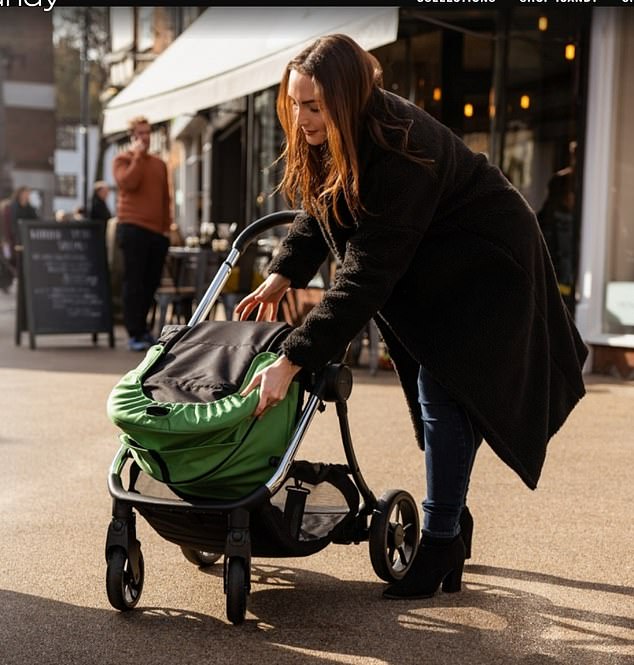 The 86-year-old firm received the Queen’s approval with a special innovation award in 2016, and recently recruited the Queen’s granddaughter Zara Tindall as an ambassador

During the company’s visit to Frogmore Cottage, the car – emblazoned with the logo for the 86-year-old pram company – was waved through by police guarding the drive which leads to the cottage where Harry and Meghan will live.

They are a far cry from the traditional Silver Cross prams favoured by royals for generations, such as the ‘Balmoral’ model that was used by Kate and William. 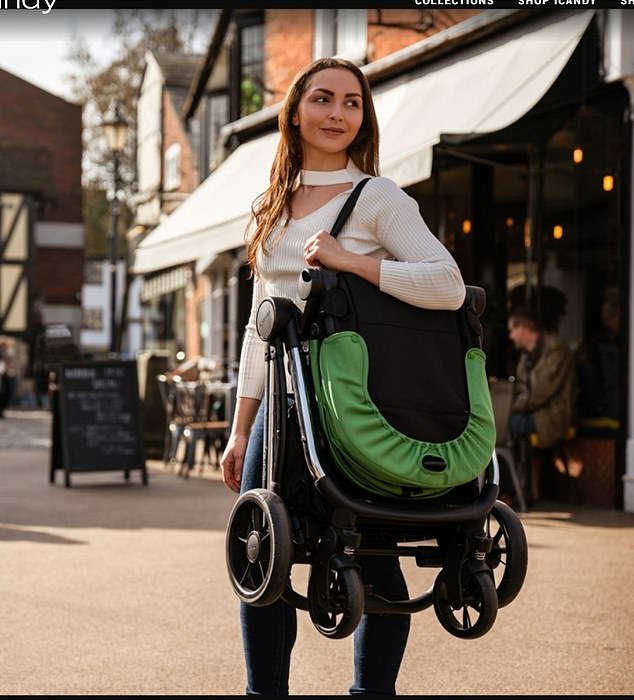 The company, which sells pushchairs for up to £1,500, have proved popular because they are easy to fold up and carry but are a far cry from the traditional Silver Cross prams used by Kate and William

iCandy prams have been used by celebrities including Victoria and David Beckham, Abbey Clancy and Peter Crouch, Kim and Andy Murray, and Sir Richard Branson.

The company’s website boasts that its engineering rivals ‘a plane, not a pushchair’ and says its designs have a ‘luxury, modern’ look.

The UK-designed pushchairs were awarded The Queen’s Award for Enterprise in International Trade in 2016.

The company has just six pushchairs in its range. Its most expensive model is a £1,500 iCandy for Land Rover all-terrain pram with puncture-proof tyres and an extendable canopy with a sun protection factor of 50.

Pregnant lady and her two daughters declared 'endangered and lacking'
Man, 31, who killed his ex-girlfriend with cyanide wheeled into sentencing foaming at the mouth
Bill and Hillary Clinton resort to using Groupon to generate ticket sales
France and Spain give Venezuelan President Nicolas Maduro eight days to announce elections
Cardi B suing bloggers for claiming she is prostitute with herpes and did drugs harming unborn child
Lili Reinhart urges fans to 'be careful' after a fake Uber driver lured her to a waiting vehicle
Trump backtracks as he ADMITS sending Giuliani to Ukraine to investigate his political rivals
Charlamagne Tha God calls Joe Biden 'donkey of the day'