The 38-year-old reality TV icon was taken in to a police station after getting into a domestic incident on Wednesday with her boyfriend Geno Doak, 42, according to .

The two were seen in the back of a sheriff’s car with bars on the windows and taken to jail following the incident. 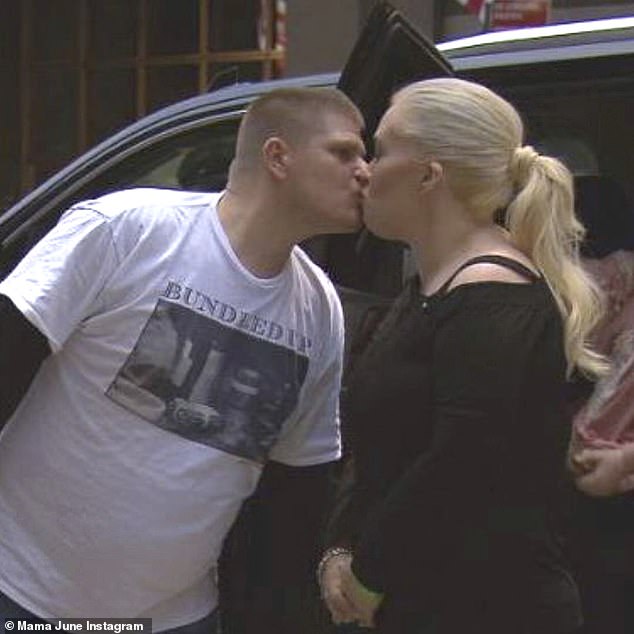 In trouble: Mama June has reportedly been arrested for felony drug possession. The 38-year-old reality TV icon was taken in after getting into a domestic incident on Wednesday with her boyfriend Geno, 42, according to TMZ 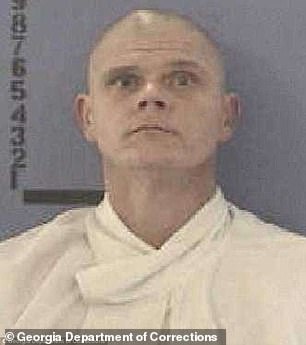 She is best known for her TV shows Here Comes Honey Boo Boo and the later series Mama June: From Not To Hot.

Police were called and alerted by concerned citizens that two people were involved in a ‘confrontation.’

The couple has been together for three years.

In the season 2 finale of Mama June’s show ‘Not to Hot,’ she laid down the law and said it was either engagement or the highway.

A March 2003 report, seen by RadarOnline, revealed how Anna ‘Chickadee’ Shannon told authorities in Spalding County, Georgia that she had done the ‘S word’ with McDaniel. 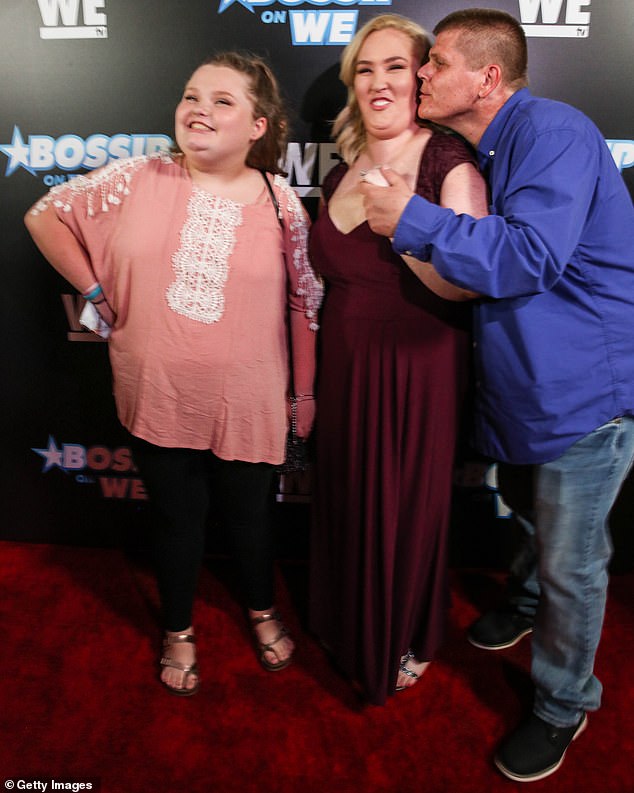 In love in July: Here Geno kisses Mama June as they posed with Honey at the 2nd Annual Bossip Best Dressed List event at Avenue in LA

She also told police that her mother’s boyfriend touched her inappropriately, made her touch him inappropriately and forced her to perform a sex act on him. When she told him to stop, he would not.

Anna, who appeared on Here Comes Honey Boo Boo with her mother and siblings, has since revealed that when she first told her mother about the abuse, Mama June refused to believe her.

McDaniel was sentenced to 10 years behind bars after pleading guilty to child molestation. He left prison in March 2014 and then started seeing Mama June again. 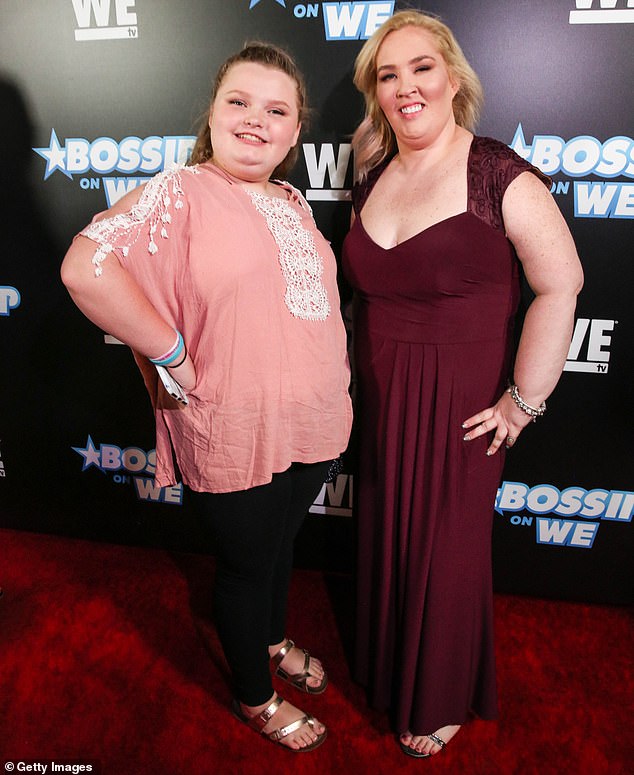 The abuse came to light after Anna told her elementary school teacher that her stepfather had assaulted her. She was able to describe the assaults in graphic detail, the report notes.

The molestation was carried out multiple times between April and October 2002, according to the report.

It took Anna months to speak out about the abuse because McDaniel had threatened to kill her if she told, RadarOnline reported.

‘Anna stated that Mark told her not to tell because he would not like her anymore,’ Beach continued. ‘Anna advised she got tired of holding it in and had to tell.’

Speaking to the National Enquirer in 2012, Anna’s ex-boyfriend said: ‘Anna told me that McDaniel threatened that if she ever told her grandparents what happened to her, he’d kill them and her.’

June lost 200lbs when on the show Not To Hot. She did so with the help of surgery, exercise and a change in diet.

But in August she said she had gained 50lbs back.

Jess Impiazzi wears coral striped trousers in Manchester
Shanina Shaik stuns in a micro-mini dress as she attends the La Nuit Sofitel party in Paris
Lindsay Lohan slyly shades Paris Hilton after heiress calls her 'beyond,' 'lame' and 'embarrassing'
Cheryl breaks out into hysterical giggles over her 'gay dog'
James Franco enjoys some guy time as he laughs with pals wearing sweatpants and graphic T-shirt
Gigi Hadid is suited and booted in a cream scribble print two-piece as she steps out in Paris
Love Island forced to hit back at claims the show is 'fixed'
Samantha Armytage shows off slim figure at Sydney's Golden Eagle