The French writer who popularised a theory that European populations are being supplanted by , alluded to by the gunman who killed 49 at two mosques on Friday, denounced an ‘appalling’ act by someone who had failed to understand his work.

Renaud Camus published in 2011 The Great Replacement, which the Christchurch gunman used as the title of a 74-page ‘manifesto’ uploaded to the web before storming the mosques. 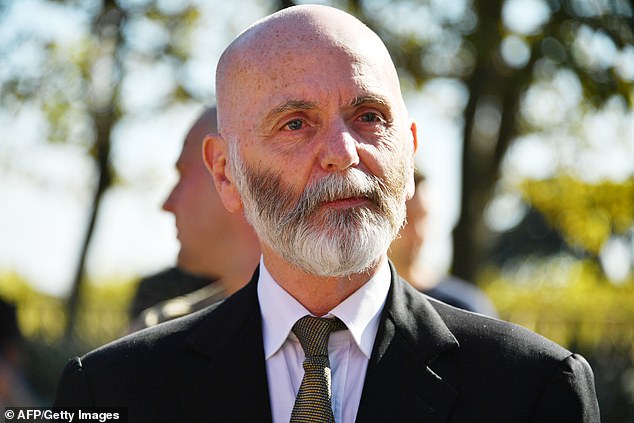 French writer Renaud Camus has denounced the New Zealand white supremacist terrorist who was inspired by his work, calling him ‘idiotic’

‘If he wrote a pamphlet titled “The Great Replacement” it’s blatant plagiarism… of a phrase that doesn’t belong to him and he doesn’t understand,’ said Camus.

The writer, who is also a gay rights activist, lives in a 14th-century chateau in southwest France.

In 2015 he was convicted of inciting hatred and violence against Muslims.

A range of far-right groups have seized on his ideas to promote a conspiracy theory that native populations in the West are being replaced by political and corporate leaders, robbing a country of its cultural heritage in the process.

Many white supremacists have promoted violent resistance to the so-called ‘invasion’ by non-whites, a term used repeatedly by the New Zealand gunman in his manifesto.

It is said to have been one of the ideas that drove the Pittsburgh Synagogue killer, who shot 11 Jewish worshippers in the US city in October.

But Camus, while defending the theory, rejected suggestions that his writings could have encouraged the gunman.

‘What worries me the most in what I call “The Great Replacement” is precisely the extent to which it encourages violence, all kinds of violence, either in everyday life or, obviously, in terrorist attacks,’ he said.

‘At the centre of my work is the concept of innocence, which is to say, of non-aggravation, non-violence,’ he added.

Camus suggested instead that the killer might have taken inspiration from the wave of attacks carried out by self-proclaimed Islamic jihadists in France over recent years.

‘His crime most resembles the terrorist attacks committed in France,’ he said.

‘I don’t see why he would be more inspired by me than by the attacks which directly resemble the one he committed,’ he said. 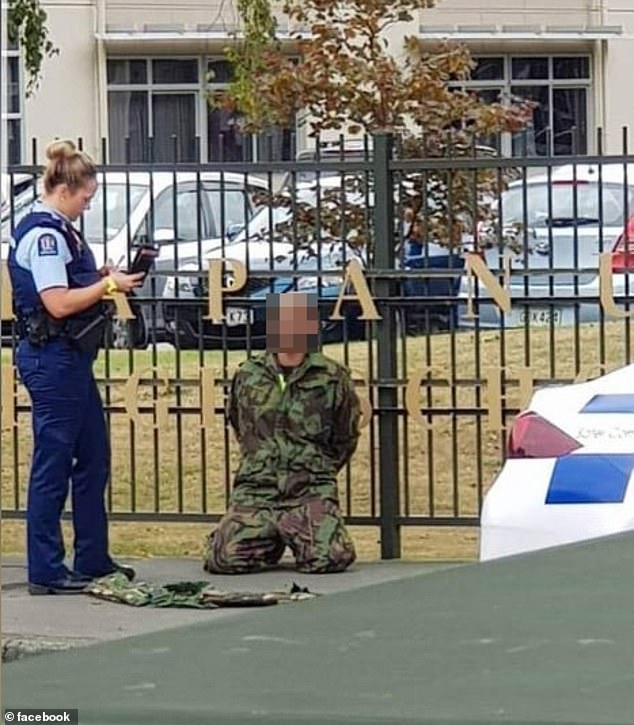 Pal who found Bobbi Kristina lifeless in a tub discovered lifeless of OD
Seal is mesmerised by aquarium visitor's keyring and chases it from side to side in adorable game
Sergei Skripal's niece Viktoria claims her uncle is actually died in nerve agent attack
Would you pay £30,000 for a walk-in wardrobe? The latest must-have make friends weep with envy
Saudi couple accused of poisoning a young child with insulin deny cruelty charges
Brooklyn Beckham gets TWO parking tickets in the same day on his Land Rover Defender
Mother tells how she 'felt like life had ended' her baby son was diagnosed with rare kidney cancer
Caroline Flack's mental health battle revealed before suicide