Congresswoman Alexandria Ocasio-Cortez has posted an video showing off her push-up skills during a hearing she calls ‘a little boring.’

The New York Democrat posted the brief video on Friday, showing her matching Rep Jimmy Gomez in push-ups as other Congressional Democrats cheer the pair on.

‘I admit, sometimes hearings get a little boring. We had a recess and I needed to get my head back in the game,’ Ocasio-Cortez wrote in the post, adding that she ‘fell off the workout wagon and am trying to get back on again.’ 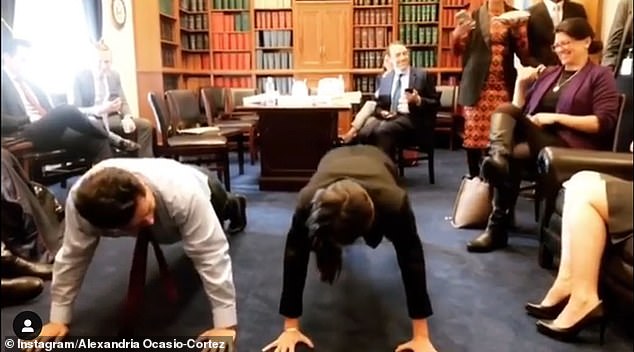 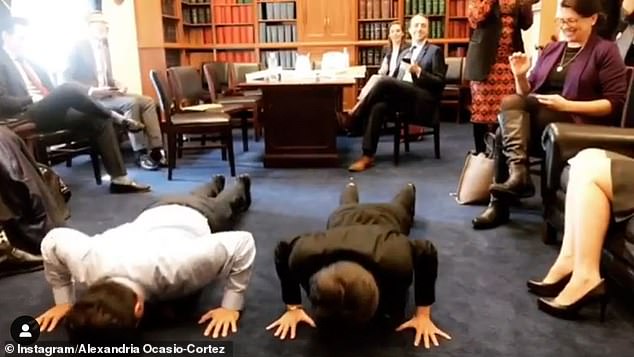 ‘I admit, sometimes hearings get a little boring. We had a recess and I needed to get my head back in the game,’ Ocasio-Cortez wrote of the video

The video shows Ocasio-Cortez, 29, dressed in a pant suit and yelling ‘Oh God’ as she performs the push-ups, as the crowd counts each one.

Michigan Democrat Rep. Rashida Tlaib is seen pointing and giving her friend a thumbs- up in the background.

No Congressional hearing were scheduled for Friday, and it was not immediately clear when the video was shot. 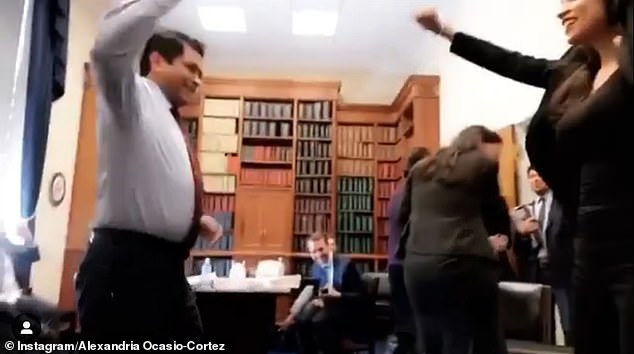 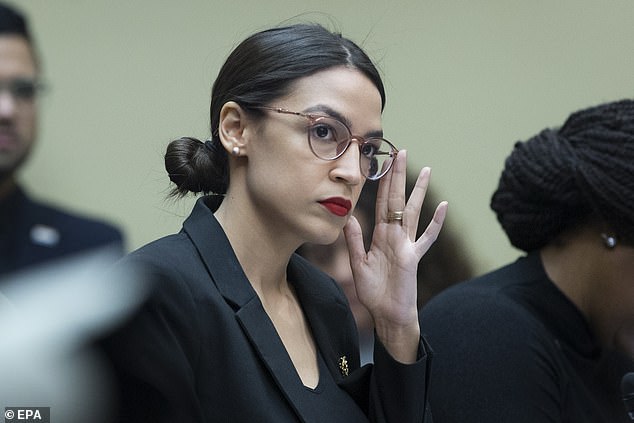 Ocasio-Cortez and Gomez both sit on the House Committee on Oversight and Reform, which last met on Wednesday to grill Commerce Secretary Wilbur Ross.

The purpose of the hearing was to investigating the addition of a citizenship question to the 2020 Census.