A congressman claimed the Green New Deal is ‘tantamount to genocide’ and insisted it would kill westerners like himself if it’s fully implemented.

Utah Rep. Rob Bishop, the ranking Republican on the House Natural Resources Committee, made the comparison to ‘genocide’ at a news conference on Thursday.

Pressed to explain afterward, he insisted: ‘I’m an ethnic. I’m a Westerner.’

It was only after fellow lawmakers and Jewish groups blasted him that Bishop recanted, claiming in a statement that his comments were not meant literally. 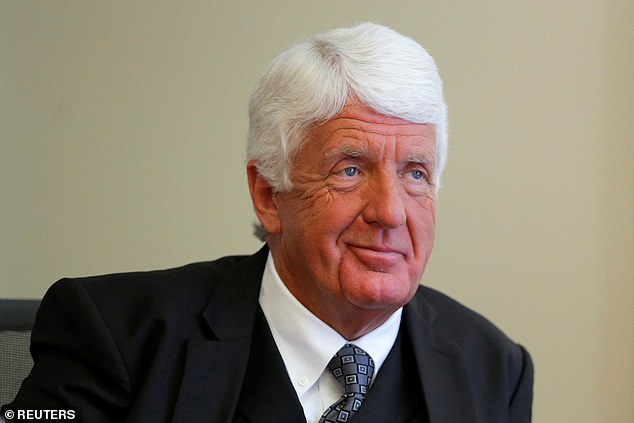 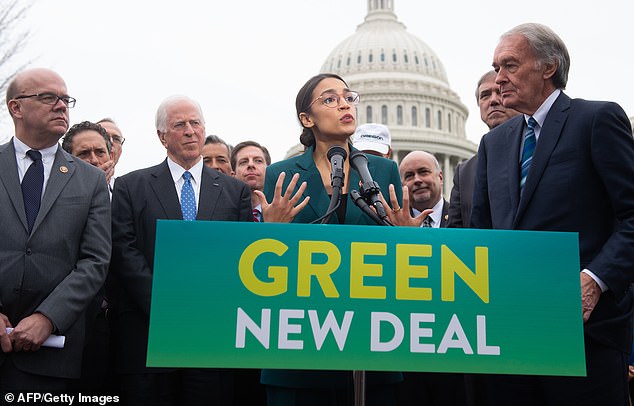 Utah Rep. Rob Bishop, the ranking Republican on the House Natural Resources Committee, made the comparison to ‘genocide’ at a news conference on Thursday

The ambitious plan to combat climate change has become the stuff of lore in GOP circles, with conservatives sinking their teeth into the most radical aspects of the resolution and claiming that Democrats want to get rid of hamburgers and airplanes.

President Trump has added complaints about the Green New Deal to his campaign rally repertoire on the evils of socialism and the opposing party’s alleged desire to remodel America after Venezuela.

Bishop insinuated Thursday the proposal to combat global warming would lead to an atrocity with the scope of the Holocaust.

‘For many people who live in the West, but also in rural and urban areas, the ideas behind the Green New Deal are tantamount to genocide,’ the congressman said at a news conference beside other GOP lawmakers. ‘That may be an overstatement, but not by a whole lot.’

A genocide is, by definition, the ‘deliberate and systematic destruction of a racial, political, or cultural group,’ according to Merriam-Webster dictionary.

Bishop is a retired history teacher who’s spent nearly two decades in Congress. He also said at the news conference, according to the Washington Post, that the deal would ‘judge distance not in miles but in subway stops,’ as he took a slap at Rep. Alexandria Ocasio-Cortez of New York.

‘The genesis of this concept is really coming from Easterners who live in an urban setting and have no view of what it’s like in the rest of America,’ he said of the freshman lawmaker who co-authored the bill.

An Axios reporter noted at the news conference that the term ‘genocide’ typically describes an atrocity such as mass murder, at which point Bishop claimed it applies to him because he’s ‘ethnic’ and a ‘Westerner.’

He affirmed his belief that the Green New Deal poses a mortal threat to Americans.

‘This is just disgusting. To compare environmental protections to the targeted decimation of a population is disturbing and dangerous,’ the group said.

Natural Resources Committee Chairman and Democratic congressman Raúl Grijalva noted that Congress had just voted to condemn hate speech, including comments that could be interpreted as anti-Semitic.

‘My friend, Mr. Bishop, is usually a little more circumspect than that and usually doesn’t make those kinds of declarations,’ he said, according to the Post. ‘So what does that tell me? There’s a little bit of desperation in the tone.’

Later, in a statement to the Salt Lake Tribune, he said his comments were ballooning in a way they weren’t meant to.

‘My comments were obviously not meant literally, and should not detract from the fact that the so-called Green New Deal is born of attitudes that show no respect for the lives and livelihoods of the American people,’ he said.

Criminologist claims Chris Watts killed his household to start out a brand new life together with hi...
Petite woman throws punch at big guy and gets beaten to the ground in a parking space dispute
GoFundMe nets more than $68k for Bahamian woman who used savings to pay staff after Fyre Fest
Army is developing a grueling new fitness exam to make soldiers more fit for combat
America's renewable energy usage set to surpass coal production for the first time ever
Lara Spencer interviews male dancers and apologizes on air for her comments mocking Prince George
Democratic lawmaker who was with Pelosi says she is positive for coronavirus
Coronavirus pandemic could push health premiums up by 40 PER CENT, new study finds