has sent his condolences to the victims of the multiple Christchurch mosque massacres after at least 49 people were killed when a Trump supporting white supremacist opened fire.

The former president tweeted: ‘Michelle and I send our condolences to the people of . We grieve with you and the Muslim community. All of us must stand against hatred in all its forms.’

The gunman, who identified himself on Twitter as Brenton Tarrant from Grafton, New South Wales, Australia, livestreamed the mass shooting inside the Al Noor Mosque.

Tarrant posted a 74-page manifesto explaining the reasons behind the shooting, which is New Zealand’s worst ever terrorist attack, leaving 49 dead and 48 injured.

In the document, Tarrant said that he supported President Donald Trump as a ‘symbol of renewed white identity and common purpose’ but not as a ‘policy maker’. 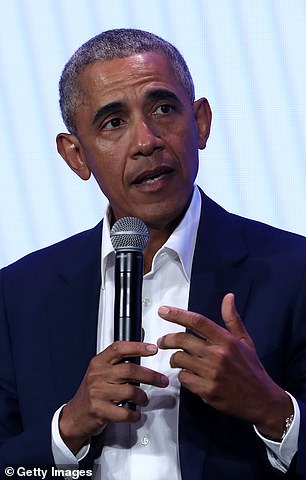 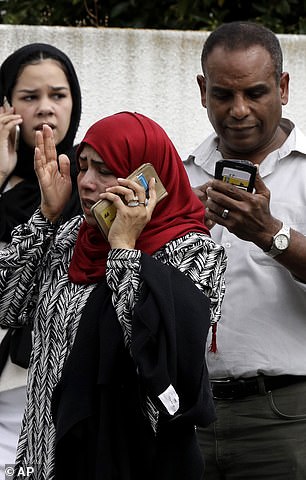 The former president tweeted: ‘Michelle and I send our condolences to the people of New Zealand . We grieve with you and the Muslim community. People wait outside a mosque in central Christchurch, New Zealand on Friday, right 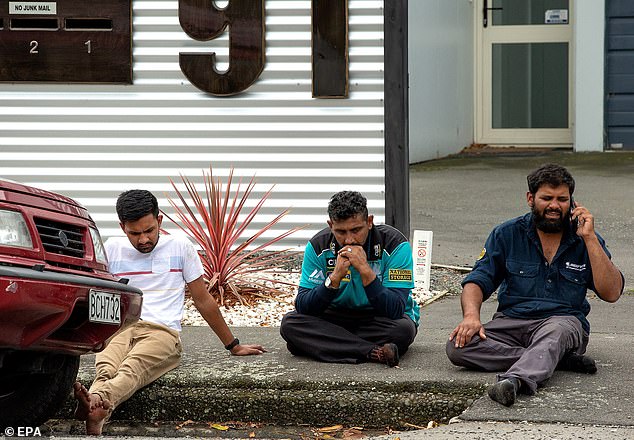 Grieving members of the public sit on a curb following a shooting resulting in multiple fatalies and injuries at the Masjid Al Noor on Deans Avenue in Christchurch, New Zealand

The 28-year-old terrorist claimed he chose to use a gun over other weapons because it would spark a debate around the second amendment.

A sickening 17-minute video of the unfolding horror shows the self-confessed white supremacist dressed in army fatigues firing mercilessly at people scrambling to flee, and calmly reloading when he runs out of bullets.

At about the same time, there was a second shooting at Masjid mosque in Linwood, where seven more were killed.

In the aftermath of the bloody attacks, three men and one woman were arrested, with police charging ‘one man in his late 20s’ with murder. He will face court on Saturday.

Two others remain in police custody, with the fourth person arrested deemed not to have been involved in the attacks.

Tarrant wrote in his sickening manifesto that by using guns to commit the attack, it would fuel the debate over firearms in the US and lead to them being banned.

His other heroes include the right wing commentator Candace Owens. He said: ‘Each time she spoke I was stunned by her insights and her own views helped push me further and further into the belief of violence over meekness.’

Trump tweeted on Friday morning that it was a ‘horrible massacre’. He has extended the US’s full support to New Zealand as it reels from the atrocity.

He wrote: ‘My warmest sympathy and best wishes goes out to the people of New Zealand after the horrible massacre in the Mosques. 49 innocent people have so senselessly died, with so many more seriously injured.

‘The U.S. stands by New Zealand for anything we can do. God bless all!’ 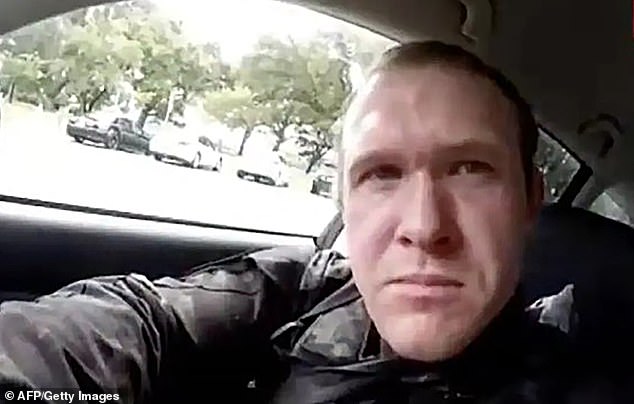 A man who identified himself as Brenton Tarrant (pictured) live-streamed the massacre of dozens of people in Christchurch, New Zealand 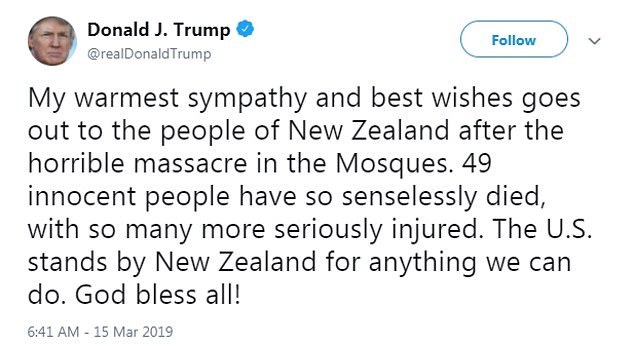 Tarrant, 28, also said that he chose firearms to provoke a debate about the second amendment that he hoped would lead to a ‘fracturing of the U.S. along cultural and racial lines’ 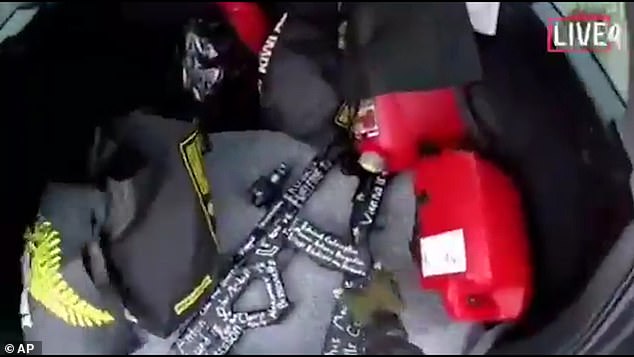 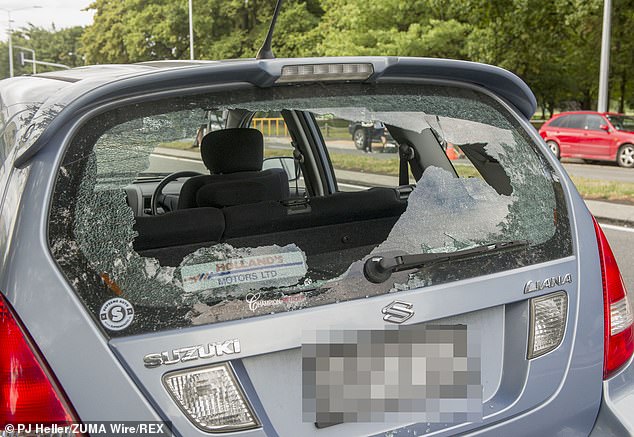 A car near the Masjid Al Noor mosque that had its back window shot out by a gunman after a shooting at the mosque. It was one of two mosques attacked by gunmen

Of the 49 fatalities, 41 were killed at the Al Noor Mosque and seven at the Linwood Avenue mosque. Three of the seven were slain on the streets. A 49th died in hospital.

A further 48 people were rushed to Christchurch Hospital with gunshot wounds, 20 of which were in a critical condition. A dozen operating theatres were used, with many victims requiring multiple life-saving surgeries.

New Zealand Police later evacuated families from a street in Dunedin as they investigated a home ‘of interest’ to the shootings. The address is believed to be the home the gunman’s car is registered to.

Kyle Pavone of We Got here As Romans dies aged 28 after week-long hospitalization
Stock prices shoot up before crashing back down as Wall Street weathers a volatile trading day
Keira Knightley reveals she nearly gave up acting career following PTSD breakdown
Trump says he has the absolute right to declare an emergency and go around Congress for wall funding
Mystery of 'suicidal' whales SOLVED, as experts discover sonar causes them to beach
Trump will viist both El Paso and Dayton after mass shootings as Texas mayor will defy boycott calls
The top 50 entries to the Agora Images photo contest, which show Mother Nature in all her glory
China 'appoints military bio weapon expert to take over secretive virus lab in Wuhan'