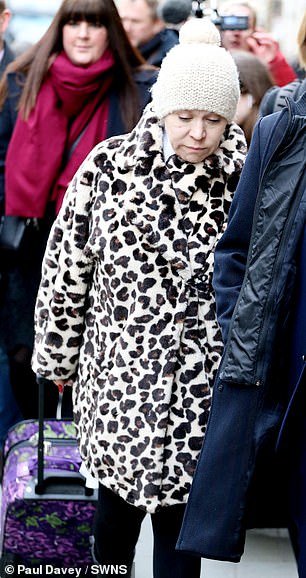 Actress Tina Malone has narrowly avoided jail after she admitted breaching an injunction protecting the identity of James Bulger killer Jon Venables by sharing a post on social media.

The 55-year-old was handed an eight-month prison sentence suspended for two years and ordered to pay £10,000 court costs.

The Shameless star gave evidence at the High Court this morning claiming she was not aware of the court order granting Venables and Robert Thompson lifelong anonymity all over the world.

She told the court she was on ‘high doses of anti-depressants six weeks after a mental breakdown’, when she posted the picture allegedly showing James Bulger’s killer on Facebook.

Appearing make-up free in a white shirt and with her hair scraped into a ponytail, she cried and said she suffered a mental breakdown in January 2018. Malone added she has been in financial difficulties and has been fending off bailiffs for the last year.

The actress said: ‘I was diagnosed with bipolar disorder when I was 28, although it was called manic depression then. I have felt like I have had it since I was seven or eight.

‘Last year or the last two years was the worst two years of my life. And so yes, I was bad, really really bad. I was for the first time in my life, I was actually suicidal in the December of 2017 and January 2018.’ 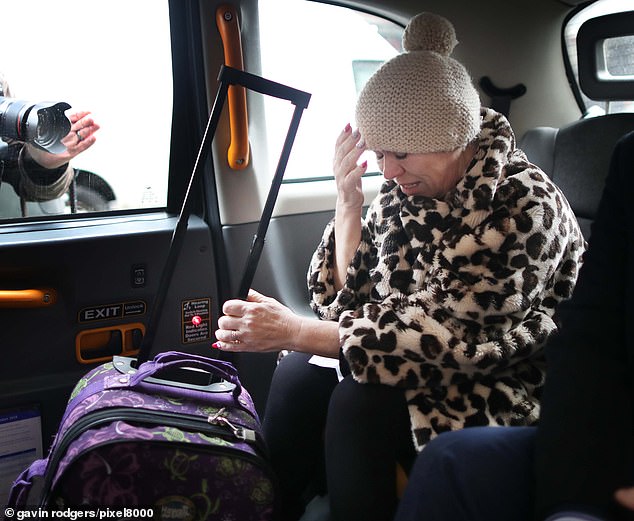 Malone was arrested after police found cocaine in her bag at a pantomime in December 2017 while starring as the fairy godmother in The Sleeping Beauty.

She told the court: ‘I turned up to do a pantomime at a theatre called 98 in Barrow-on-Furness and when I arrived it wasn’t a theatre it was a nightclub. There were no toilets, no dressing rooms.

‘I changed in front of 30 children every day in a leotard in the wings and the police came and arrested me and my daughter arrived and the paps were there.

‘I projectile vomited all over the police and over the floor.’

Malone accepted a caution for possession, but has always claimed the drugs were planted in her bag. 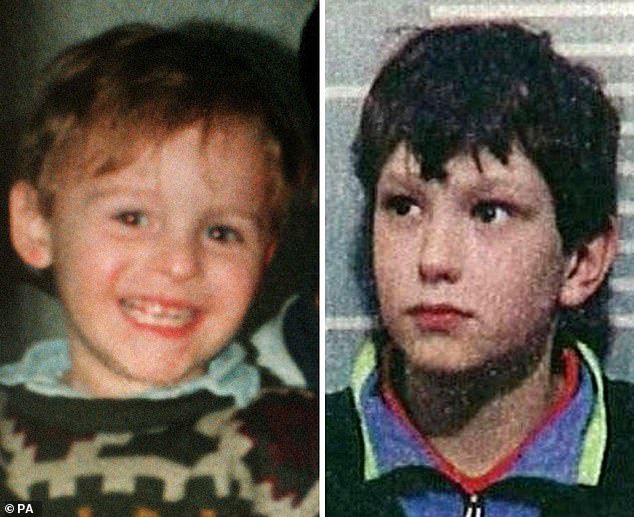 James Bulger (left) and one of his murderers Jon Venables (pictured right). A court order was made banning publication of anything that reveals the identity of Venables

The Shameless actress also asked the court why Facebook owner Mark Zuckerberg was not appearing.

‘It seems phoney at 55 years of age but I don’t have a smart phone or anything. I don’t even know how to pause on sky.

‘Surely it’s for the public. I share 200 things a night when I do share or like. I didn’t know it was illegal. If I had I wouldn’t have done it.’

The proceedings were brought by the Attorney General after Malone posted a picture alongside a caption alleging the man was child murderer Jon Venables. The post also stated his alleged new identity and of Venables’ fiancee.

Sentencing her, Lord Burnett said: ‘In the course of her evidence Miss Malone made concessions which resulted in her changing her position in accepting through her counsel Mr Speker the alleged contempt.

‘The injunction with which were are concerned was ordered by Dame Elizabeth Butler-Sloss.

‘The publication of those words and images was contrary to the prohibition contained in the injunction.

‘She had candidly accepted in the course of her evidence that she appreciated that anonymity had been granted to protect Thompson and Venables from the public to stop them being hounded and to stop them being physically attacked and ‘run out of town’ as she put it.

‘She purported the identity of another individual. The woman set to be his partner.

‘Her counsel accepts she made comments in the press when they became interested in what she had done and they were defiant in nature.

‘Her comments did suggest that she was at that time unconcerned about the consequences of what she had done at least so far as Venables was concerned.’

The judge said Malone had personal mitigation by way of her mental state over the last two years. 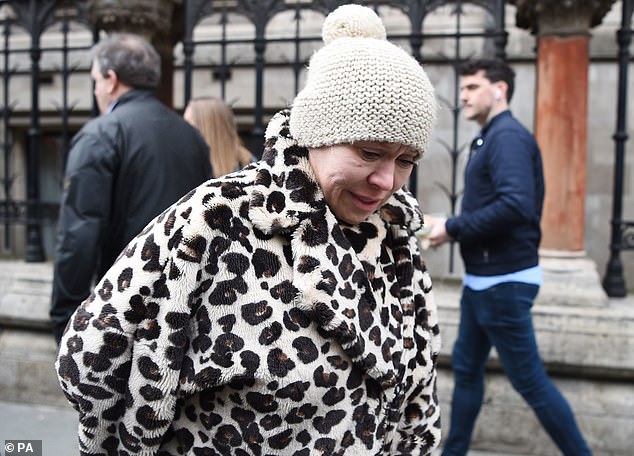 He said: ‘Her evidence which is fully supported by medical evidence which has been placed before us, is that she has alas for many years suffered from mental illness and mental fragility.

‘That has to an extent been played out in the public domain because Miss Malone is a well known actress.

‘At the time that she shared this post Miss Malone was in the midst of a period of particular difficulty.

‘She was suffering from serious anxiety and depression.

Adam Speker, for the Attorney General, said: ‘The AG alleges breaches made by Miss Malone the injunction which was made to prevent publication of anything identifying the identity or purported identity of Jon Venables – one of the two murderers of James Bulger in 1993.

‘The role of the AG is to bring these proceedings in the public interest.

Mr Speker added:  ‘There’s no suggestion that the conduct in sharing the post was accidental and not a deliberate act on her part.

‘She acknowledges she was aware Venables had been granted anonymity. She does not attempt to explain why, she does not say what was in her ind at the time. She simply says I do not know.’

The court heard the post was originally made by another Facebook user and Malone shared it onto her own profile.

She said: ‘Within a few days I had a phone call off a journalist who said to me ‘do you know what you have done is illegal’ and I was like ‘what?’

‘And I was talking to him, stupidly and naively and then it went in all the papers.

‘I apologise, I was on a lot of anti depressants, I had a breakdown in the January.

‘This was a few weeks after. And for the first time I was on a heavy dose of Sertraline.

This journalist spoke to me and I was probably quite irritated and annoyed that he had rung me to tell me.’

During the interview with the Daily Star on Sunday she allegedly told a reporter: ‘Well you know what, do the crime, do the time.

‘How many times are we going to put a child killer, or a paedophilic or a rapist in prison for them to come out and re-offend.

‘You commit that heinous a crime you don’t deserve a second chance.

‘How do we not get rid of these people and wipe them form the earth. I’m a devout Catholic but the Bible says ‘an eye for an eye a tooth for a tooth’.’

The judge will now hear mitigation from Malone’s barrister before sentencing her for contempt.

Boris Johnson and David Davis locked in talks over who should replace Theresa May
Girl with cystic fibrosis is at the top of the national 'super urgent' list for a lung transplant
How DO these women weigh the same in their 50s as they did in their 20s?
Samantha Markle urges sister Meghan to see her dad on US trip
Sickening moment French police pepper spray disabled protestor in latest round of gilet jaune demos
Speed dating scheme launches in Japan helping love-seekers find their ideal match with DNA
Brussels 'will offer Boris Johnson yet ANOTHER Brexit extension'
Police called to home of mother-of-three before she was killed