A ‘time machine’ that moves tiny particles a fraction of a second into the past has built in Russia, scientists have claimed.

It may not be the Tardis, a that appears in Doctor Who, but researchers have described the device as being able to move particles in the opposite direction of ‘time’s arrow’.

The team experimented with electrons found in the realm of quantum mechanics, negatively charged particles that make up an atom. 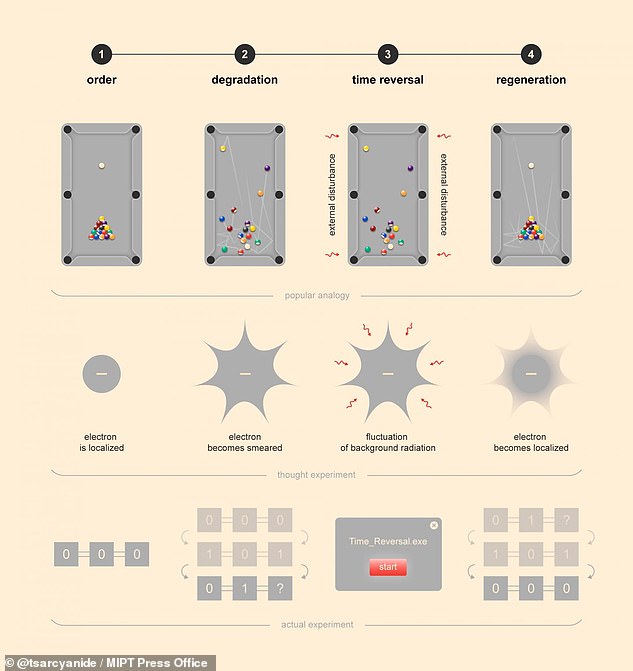 The team gave the analogy of a break for a game of pool. The ‘balls’ scattered and, according to the laws of physics, should have appeared to split in a haphazard way. But researchers managed to make them reform in their original order in the snooker triangle

WHAT IS THE SECOND LAW OF THERMODYNAMICS?

The Second Law of Thermodynamics deals with transition of energy within a system from usable to unusable.

It is the reason our phones and laptops need to be charged, and that our sun will one day die out.

It states that energy cannot repeat in an infinite loop within a closed system, and so we must replenish what is lost.

The Second Law profoundly sets the limits for what is possible in our universe, defining why everything within it must one day decay.

Researchers, from the Laboratory of the Physics from Moscow Institute of Physics & Technology (MIPT), say that they have effectively defied the second law of thermodynamics.

This is a rule within physics that governs the direction of events from the past to the future, stating that everything in our universe tends towards decay.

The ‘time machine’ consists of an unsophisticated quantum computer made up of electron ‘qubits’ which can be modified.

These are units of information described by a ‘one’, a ‘zero’, or a mixed ‘superposition’ of both.

They observed the qubits apparently shifting backwards in time from a state of chaos to an ordered state.

They gave the analogy of a break for a game of pool.

The ‘balls’ scattered and, according to the laws of physics, should have appeared to split in a haphazard way.

But researchers managed to make them reform in their original order in the snooker triangle — looking as if they were turning back time.

To an outside observer, it looks as if time is running backwards, said lead researcher Dr Gordey Lesovik, who heads the laboratory of the Physics of Quantum Information.

‘We have artificially created a state that evolves in a direction opposite to that of the thermodynamic arrow of time.’

The ‘time machine’, described in the journal Scientific Reports consists of a rudimentary quantum computer made up of electron ‘qubits’.

In the experiment an ‘evolution program’ was launched which caused the qubits to become an increasingly complex changing pattern of zeros and ones.

During this process, order was lost – just as it is when the pool balls are struck and scattered with a cue.

Another program then modified the state of the quantum computer in such a way that it evolved ‘backwards’, from chaos to order. 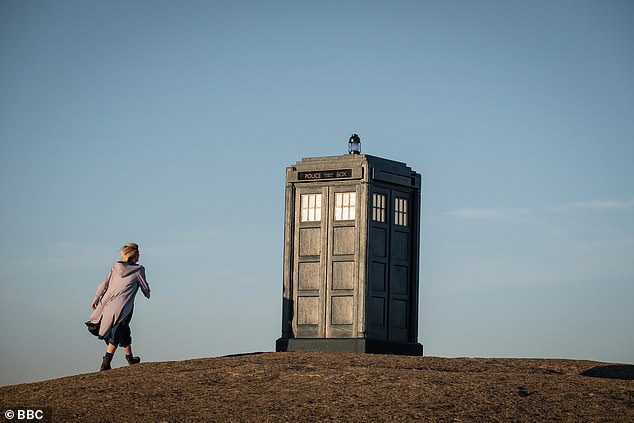 It may not be the Tardis, a fictional time machine that appears in Doctor Who, pictured here, but physicists have loosely described as moving in the direction of ‘time’s arrow’. The team worked with electrons in the realm of quantum mechanics 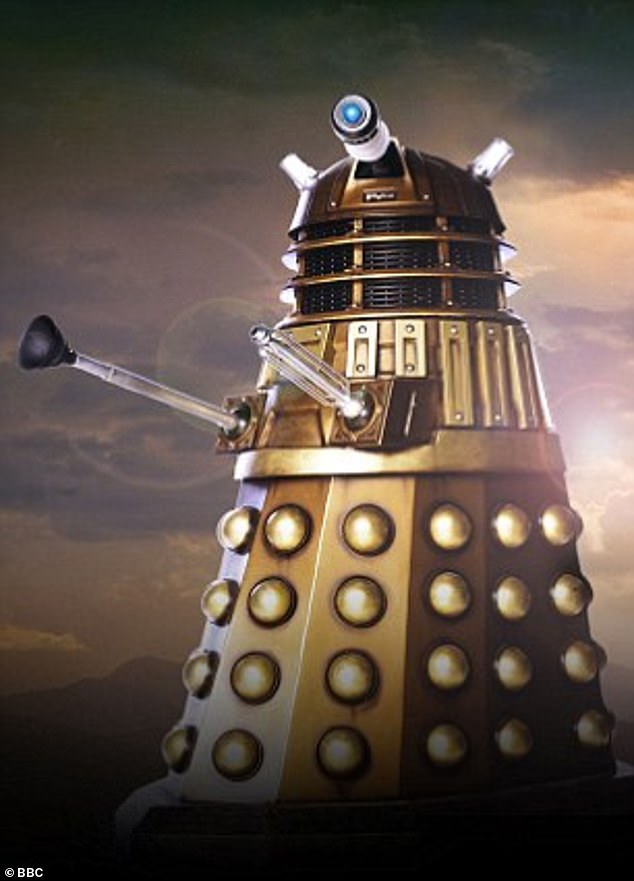 Researchers, from the Moscow Institute of Physics & Technology, say that they have effectively defied the second law of thermodynamics. This is a rule within physics that governs the direction of events from the past to the future, stating that everything tends towards decay

The state of the qubits was rewound back to its original starting point.

The scientists found that, working with just two qubits, ‘time reversal’ was achieved with a success rate of 85 per cent.

When three qubits were involved more errors occurred, resulting in a 50 per cent success rate.

The experiment could have a practical application in the development of quantum computers, the scientists said.

‘Our algorithm could be updated and used to test programs written for quantum computers and eliminate noise and errors,’ said Dr Lesovik.

WHAT IS A QUANTUM COMPUTER AND HOW DOES IT WORK?

The key to a quantum computer is its ability to operate on the basis of a circuit not only being ‘on’ or ‘off’, but occupying a state that is both ‘on’ and ‘off’ at the same time.

While this may seem strange, it’s down to the laws of quantum mechanics, which govern the behaviour of the particles which make up an atom.

At this micro scale, matter acts in ways that would be impossible at the macro scale of the universe we live in.

Quantum mechanics allows these extremely small particles to exist in multiple states, known as ‘superposition’, until they are either seen or interfered with.

A scanning tunneling microscope shows a quantum bit from a phosphorus atom precisely positioned in silicon. Scientists have discovered how to make the qubits ‘talk to one another

A good analogy is that of a coin spinning in the air. It cannot be said to be either a ‘heads’ or ‘tails’ until it lands.

The heart of modern computing is binary code, which has served computers for decades.

While a classical computer has ‘bits’ made up of zeros and ones, a quantum computer has ‘qubits’ which can take on the value of zero or one, or even both simultaneously.

One of the major stumbling blocks for the development of quantum computers has been demonstrating they can beat classical computers.

Google, IBM, and Intel are among companies competing to achieve this.

Blac Chyna shares cheeky Instagram photographs after wanting considerably much less curvy earlier wi...
Chelsea vs Man United LIVE updates at Stamford Bridge – Premier League
All Thursday racing is CANCELLED due to equine flu outbreak across Britain and Ireland
Dog walker, 71, is stabbed yards from Welsh lion enclosure
Viewers slam This Morning guest who says 'parenting is a shared enterprise'
Air pollution could cut seven months off the life span of current primary school pupils
Vicar who sent sexual texts to married parishoner is banned from priesthood
Unesco apologises for covering up the genitalia of nude statues with a thong and a baby's nappy