They said firms were crying out for certainty and the ‘paralysis’ in Parliament was hampering spending and planning.

Calling on MPs to rule out a No Deal departure from the EU, they said such an option would be disastrous for the economy. 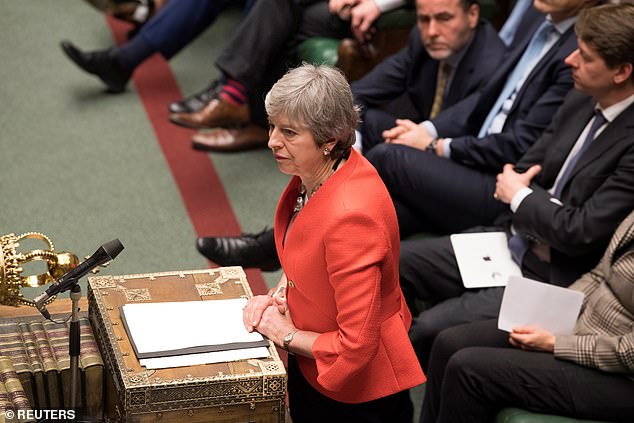 Theresa May’s revised Brexit deal was defeated in the Commons by 391 to 242, prompting business leaders to call on MPs to rule out no deal

‘Businesses have warned time and again that the United Kingdom is not ready to face the consequences of a messy and disorderly exit from the European Union,’ said Dr Adam Marshall of the British Chambers of Commerce.

‘Parliament must demonstrate that it will heed these repeated warnings. Businesses have been failed over and over again by Westminster in recent months, but allowing a messy and disorderly exit would take political negligence to new extremes.’

The pound plunged against the dollar amid yesterday’s turmoil across Westminster. 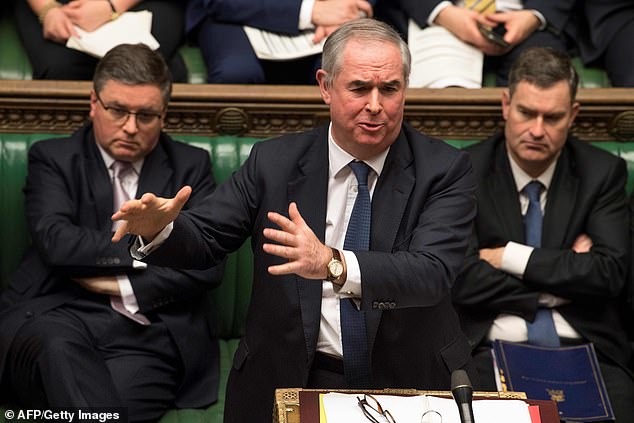 The pound plunged against the dollar amid the new turmoil across Westminster after Attorney General Geoffrey Cox (centre) said the UK could not unilaterally leave the Northern Ireland backstop.

It started the day at around $1.32 but fell by nearly 2 per cent by 11am, when Attorney General Geoffrey Cox said the UK could not unilaterally leave the Northern Ireland backstop.

Mike Cherry of the Federation of Small Businesses said: ‘Political games have dominated Westminster for far too long and this defeat simply extends the political paralysis that is bringing us perilously close to the cliff edge.’