Eurostar has called for an investigation after bullying French officials ‘intimidated and humiliated’ a teenage University student caught up in industrial action centred on .

Camille Hulot, 19, was reduced to floods of tears by three uniformed customs men at the Gare du Nord in Paris as she travelled back to her classes in England by high-speed train on Monday.

She was forced to wait in line for three-and-a-half hours, and then told she might have to queue again as ‘punishment for being impolite’.

As the men surrounded her, yelling question and telling her off, Ms Hulot was then told to empty her luggage, including all personal possessions, in front of a shocked crowd. 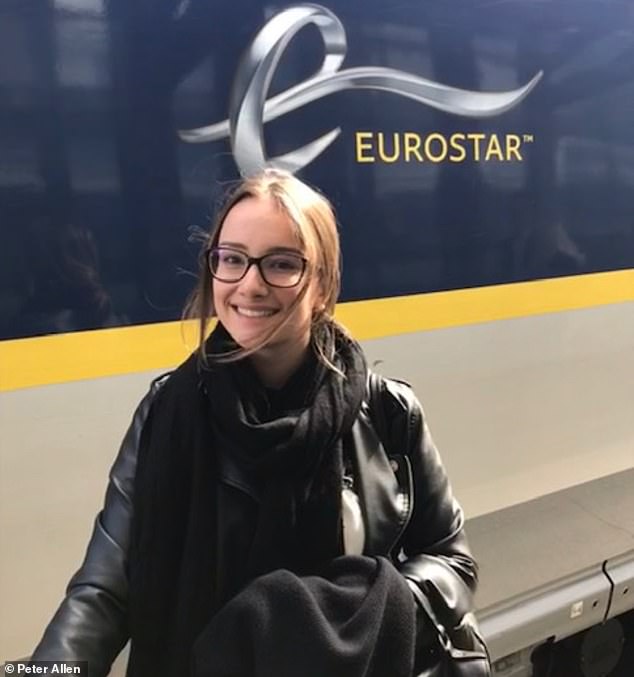 Camille Hulot, 19, says she is ‘terrified’ of travelling on Eurostar again after French customs officers left her feeling ‘intimidated and humiliated’ as they berated her at Gare du Nord 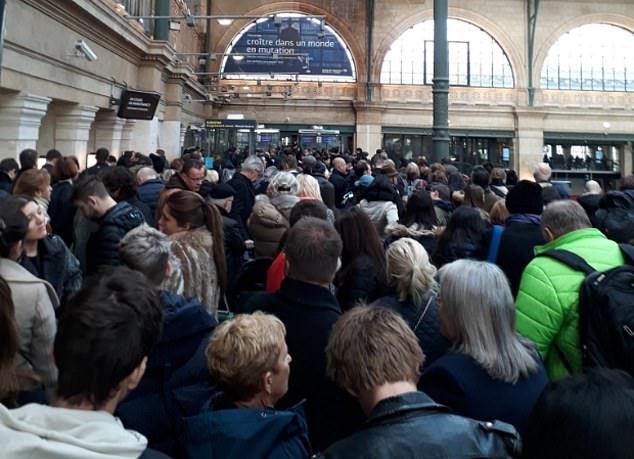 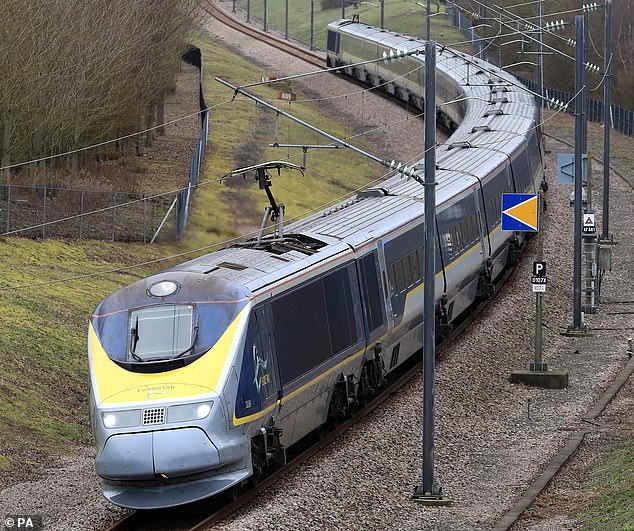 A Eurostar train heads for France through Folkestone in Kent, as French customs officers continue their work-to-rule industrial action to show the effect Brexit

‘I was intimidated and humiliated,’ said the King’s College student, who was travelling alone and ‘felt certain that the men were trying to provoke me.

‘All they wanted to do was hold people up so that their journeys were disrupted, while dishonestly using Brexit as an excuse. It is an absolute scandal.’

Like thousands of others who have suffered similar indignities, Ms Hulot said the increasingly militant customs men were guilty of an ‘abuse of power’.

Their industrial action has entered its second week, as they use Brexit to push for better pay and conditions, blocking passengers so as to cause cancellations and delays of up to four hours.

The scandal led to a spokeswoman for Eurostar saying:’We are very sorry to hear of Camille’s experience.

‘Clearly this behavour is totally unacceptable and we have asked that French customs investigated this at a senior level as a matter of urgency.’

In turn, a spokesman for the Douane, the French customs, confirmed that their heavily unionised staff were ‘reinforcing controls’ as part of their Brexit-related industrial action.

They would not discuss individual complaints about their staff, none of whom have been publicly identified.

Paris-born Ms Hulot, who is on the prestigious War Studies degree course at King’s, was booked on the 11.04 train from the Eurostar hub in the French capital on Monday.

‘The customs officials were taking their time, and deliberately holding everybody up as long as possible,’ she said. 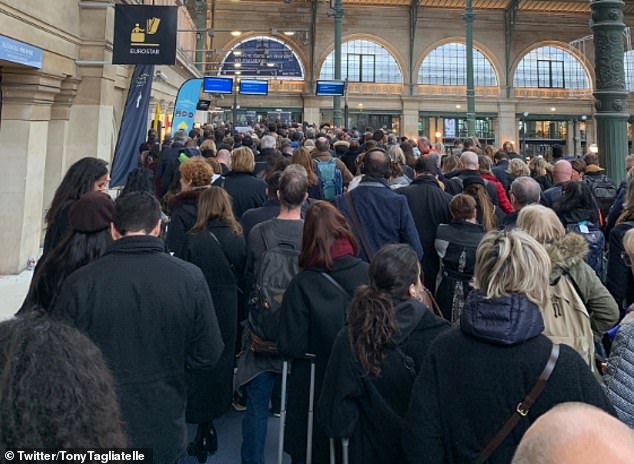 ‘After three-and-a-half hours of waiting, most of us were hungry and tired, and that included everybody from pensioners to young children.’

‘One of the men said he was going to confiscate my salad, which I was forced to eat in the queue because, like everyone else, I was feeling tired and disorientated,.

‘When I objected to him taking my meal, the man became aggressive, and was supported by his colleagues.

‘They were all men, and they gathered as close as they could, clearly trying to provoke me. They told me it was not the time to be hungry, and confiscated my meal.

‘They yelled at me, telling me off and asking non-stop questions.

‘They weren’t the kind of questions that bag checkers normally ask – they wanted to know everything about me, and kept me in the same spot for fifteen minutes.

‘They threatened to send me to the back of the line, so as to queue for another three-and-a-half hours.

‘When I was forced to unpack my luggage, all my possessions, including very personal ones, were displayed to all the waiting crowds. People were speaking up for me, but I was utterly humiliated, and very frightened.’

Camille was eventually allowed on to her train crying. She is now ‘terrified at the thought of travelling with Eurostar again’.

Travellers have been held up all over northern France during the custom’s work to rule, including at ports such as Calais, where lorries have been caught up in 15 miles tailbacks. 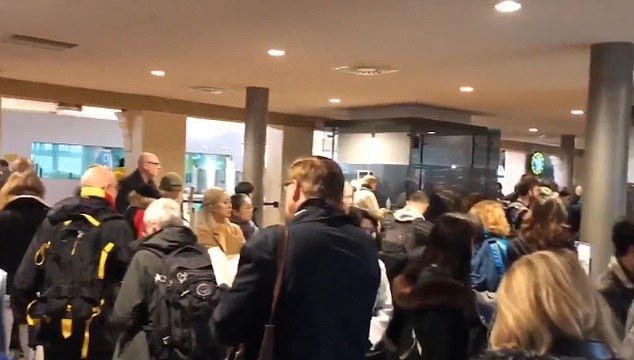 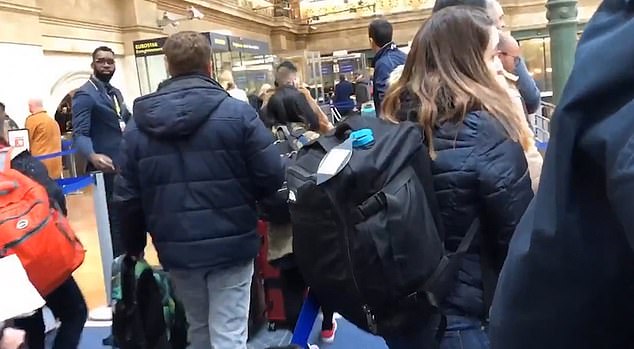 ‘It’s an abuse of power, pure and simple,’ said Ms Hulot. ‘The truth is that Britain is not a member of the Schengen Zone, and plenty of people without EU passports currently pass through Gare du Nord.

‘Brexit will have hardly any effect on the customs procedures in Paris, so what is going on is absolutely scandalous.

‘I simply can’t accept to being subjected to strong intimidation and harassment by customs officers after three-and-a-half hours waiting to travel on Eurostar.’

Mark Hirst, one of many other Eurostar passengers who was supporting Ms Hulot after experiencing similar abuse, tweeted: ‘Eurostar, please be honest on your boards in Paris.

‘The delay is not due to ‘reinforced customs controls’. It is due to the French officials being awkward, rude and belligerent. There are no more checks than normal, the officials just refused to open the gates to check us in.’