Felix Ngole was lawfully removed from a Sheffield social work course. He says he should be allowed to express his religious beliefs and it would not affect his ability as a social worker

Universities should not act as ‘thought police’ by kicking students off courses if they have unpopular opinions, a devout Christian argued in the High Court today.

Felix Ngole, from Barnsley, Yorkshire, was forced to leave his two-year social work masters at Sheffield University after controversial Facebook posts were reported.

He posted ‘homosexuality is a sin’ to  during a public discussion of the legalisation of gay marriage.

The 40-year-old argued he had been unfairly punished for sharing his Christian believes.

He said his removal from the course breached his human right to freedom of speech and thought, enshrined in the Europeans Convention on Human Rights.

Appearing in the High Court today Mr Ngole aimed to convince three judges in a court of appeal to overturn a decision made in October 2017 when he first attempted to fight against his expulsion.

Deputy High Court Judge Rowena Collins-Rice found his rights to free speech had not been infringed by his removal from the course during the 2017 trial.

During a request for appeal Paul Diamond, a barrister specialising in religious and human rights, suggested that regulators would have to be given the powers of the Orwellian thought police to monitor social media accounts.

He argued that it would leave six million people, a fifth of the workforce, vulnerable.

Millions of professionals could, subject to regulations, could potentially breach their code of conduct if they express unpopular beliefs.

There are more than 200 regulated professions in the UK. 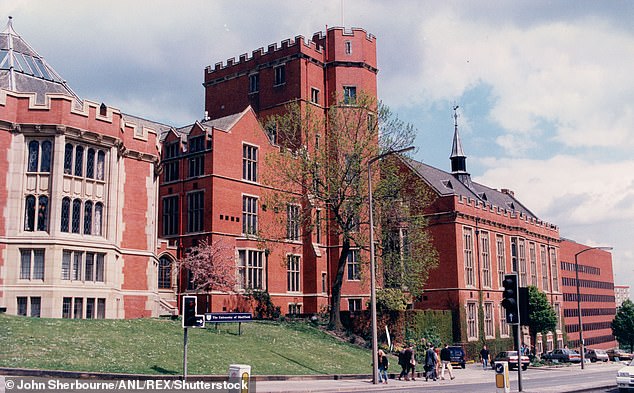 Felix Ngole, from Barnsley, Yorkshire, was forced to leave his two-year social work masters at Sheffield University after controversial Facebook posts were reported

Mr Ngole posted ‘homosexuality is a sin’ and ‘the devil has hijacked the constitution of the USA’ on Facebook in 2015.

He was taking part in a debate on a Facebook page about Kim Davis, a state official in the US state of Kentucky, who refused to register same-sex marriages.

At the meeting he said he could still carry out the role of a social worker without being discriminatory.

The university’s lawyers said they had to consider the mature student’s ‘fitness to practise’ and warned that his posts would damage public confidence in social workers.

Judge Collins Rice, who analysed the case at a High Court trial in 2017, ruled that university bosses had acted within the law.

She said freedom of religious discourse was a public good of great importance.

But she said social workers had considerable power over the lives of vulnerable people and trust was a precious professional commodity. 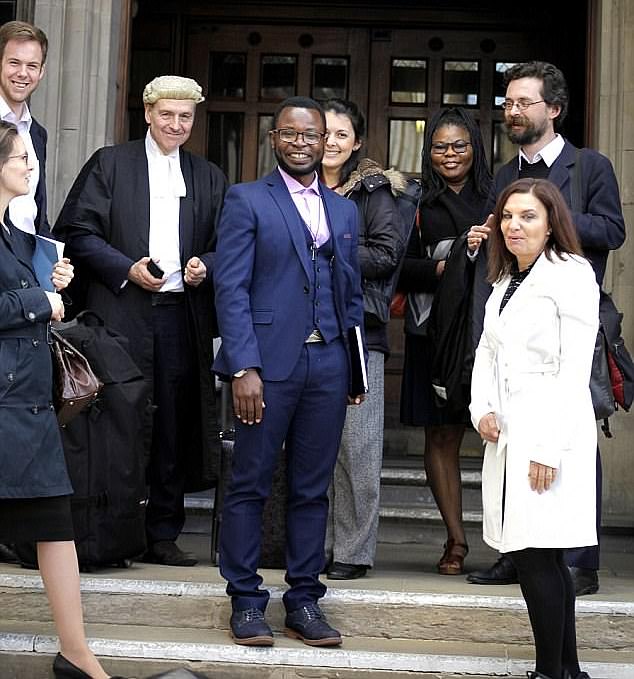 He said Mr Ngole was unjustly punished for his thoughts.

Barrister Paul Diamond said the ruling implied that professional regulators were entitled to regard an ‘expression of unpopular beliefs’ on political, religious or philosophical issues as ‘undermining public confidence’ in a profession and ‘thus’ a breach of a professional code of conduct.

‘It is by no means unusual for a professional regulatory framework to extend to students,’ he said in a written case outline.

‘It can also be safely assumed that the majority of regulated professionals (and students) are users of social media.

‘The judgment of Ms Collins Rice effectively gives professional regulators the powers of an Orwellian Thought Police over those six million people and abdicates the court’s responsibility to protect their freedom of expression.’

The appeal hearing is due to end on Wednesday.

Mr Ngole said he had argued that Mrs Davis’s position was based on the ‘Biblical view of same-sex marriage as a sin’.

He said he was making a ‘genuine contribution’ to an important public debate and was ‘entitled to express his religious views’.

University bosses said he had posted comments on a publicly accessible Facebook page which were ‘derogatory of gay men and bisexuals’.

The Thought Police feature in writer George Orwell’s 1949 novel 1984 and are state secret police who investigate ‘thoughtcrime’ – personal and political thoughts not approved by the ruling party.

Homeland Safety RETURNS deported lady and her daughter after decide's order
Montana mom turned a web based terrorist hunter
Trump was 'earning' $200k a year from his father by aged 3
John McDonnell says Labour WILL demand a ‘Boris Lock’ to prevent a Brexit deal being undone
‘Bullied’ schoolgirl, 12, is found hanged in her bedroom after posting RIP on social media
Theresa May will address the nation TODAY to pledge Britain will have a new PM by summer
Mike McRoberts from Newshub was in Japan reporting on Typhoon Hagibis and was called an 'idiot'
Paramedics in hazmat suits enter home where Paddy Bowden, 58, lay dead