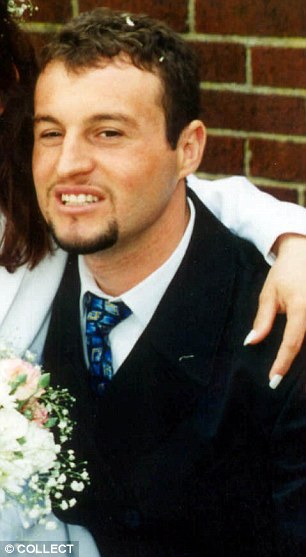 An Albanian stonemason nicknamed Tony Montana hacked his flatmate to death with a cheese knife just hours after the victim had taken his pregnant girlfriend for a baby scan, a court has heard.

Mane Driza, then aged 21, had become angry at fellow Albanian, Stefan Bledar Mone, 23, who he accused of stealing his wedding ring.

He then carried out the ‘brutal and merciless’ murder at a bedsit in Wembley, north-west , on June 22, 1999.

He allegedly inflicted more than 120 injuries with a lock knife and pick axe handle, while also cutting Mr Mone’s throat with a curved cheese knife.

Later that same day, Driza boarded a flight to Milan from Stansted Airport.

Mr Mone’s six-month pregnant girlfriend Zoe Blay was confronted by the ‘horrific’ scene, when she found the body the next day.

Driza and Mone were regularly staying together around the time of the attack, following the breakdown of Driza’s marriage to a Brazilian woman.

Driza, who worked at a stonemason’s in Watford, was known to friends as Tony Montana, after the infamous Scarface protagonist played by Al Pacino.

On the morning of the killing, Driza was ‘telling his work mates that his friend had stolen his wedding ring’ – something he ‘had taken as the worst sort of insult’. 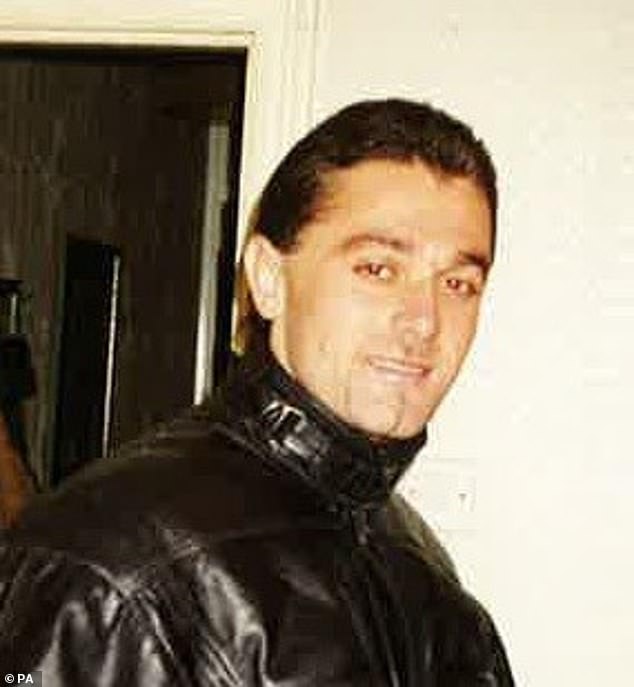 Stefan Bledar Mone, 23, was brutally murdered in his Wembley flat in 1999 and found with more than 120 injuries, a court has heard

Prosecutor Timothy Cray QC said: ‘He said he was going to kill his friend. In fact, he asked one of his colleagues to buy him a knife.’

At around the same time, Mr Mone was at the hospital with his girlfriend, who was six months pregnant and attending an antenatal check-up.

She last saw him alive shortly before the end of the appointment, when he told her he was heading home to get changed at about 10.45am.

‘One unusual thing happened between Stefan and Zoe that morning, because according to her he gave her a gold wedding ring,’ Mr Cray continued. 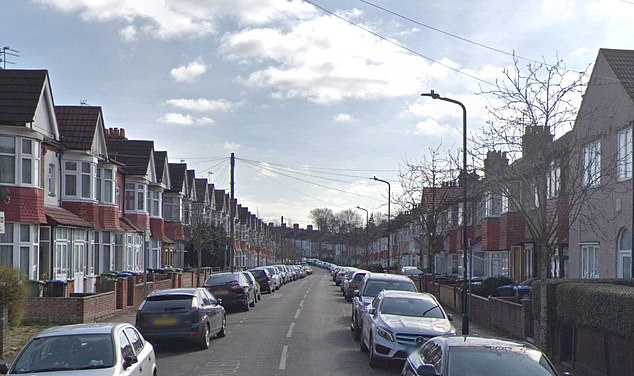 Mr Mone’s body was discovered by his six-month pregnant girlfriend the next day, when she went to his Wembley flat

‘In fact, he put it on her finger. She didn’t feel that was right, and it looks like part of the plan for later was to go to a jewellery shop to perhaps see if they could get that ring changed for something more suitable.

‘Be that as it may, he gave her a wedding ring and, as you know, it was earlier that morning at around about 9am when the defendant got to work and very much had a wedding ring on his mind.

‘He had turned up in a bad mood, telling his mates that the person he lived with had taken his wedding ring.

‘The upset appeared to be more about the fact it was an item of sentimental value as opposed to any financial loss, because to him it seemed very serious.

‘Eventually, by 9.30am he was saying he couldn’t stay at work and would have to go home and get this sorted.’

Driza, who denies murder, allegedly asked a colleague giving him a lift to the Tube station ‘to take him to a shop so he could buy a knife’ and kept repeating: ‘I’m going to kill him.’

It was not until the following day that Ms Blay found her boyfriend’s body inside his locked room.

‘The scene inside that house in Wembley was horrific,’ said Mr Cray.

‘Stefan had been stabbed and beaten to death.

‘In fact, he had been beaten so badly, that Zoe, his girlfriend, was really only able to confirm it was him at first glance because of a distinctive silver belt buckle he had on his trousers.

‘In addition to the obvious signs of bleeding, it turned out that Stefan’s throat had been cut, and his head was hanging at a strange angle.

‘A curved cheese-type knife and a lock-knife had been left at the scene near the body.’

Jurors heard a bloody pick axe handle was also discarded inside and a screwdriver was found under Mr Mone’s body.

A post mortem examination later found more than 120 separate wounds to his body consistent with the repeated use of a knife and heavy instrument such as the pick axe handle.

There were also multiple fractures to his skull and face while some of the stab wounds had pierced his brain as well as his heart.

The gruesome neck wound was likely caused by the cheese knife, in the doctor’s opinion, and the blade was left lying on his body.

Mr Cray said: ‘The Crown’s case is that there is no justification or excuse for what the defendant did to Stefan, his friend.

‘On that very morning he was telling workmates that he was angry enough to kill, in fact intended to kill, and that he wanted to go and get a knife.

‘He then left work, travelling from Watford to Wembley with murder in his heart and when he found Stefan, he killed him in a way that was brutal and merciless.

‘After the killing, he quite coldly and deliberately managed to get himself away from the scene and out of this country.’

Jurors heard the police caught up with Driza in Sicily and when interviewed about the murder he told officers he remembered Stefan coming at him with a knife, but none of the violence that followed.

He had arrived in the UK on August 23, 1997 under the name Sokol Drenova, claiming to be two years younger than he really was.

The alleged killer told the authorities he was fleeing from Kosovo due to the Serbian military actions against ethnic Albanians and was treated as an unaccompanied minor, eventually given leave to remain until December 16, 2001.