On Sunday night’s explosive episode of My Kitchen Rules, ‘villains’ Ibby Moubadder and Romel Kouyan confessed to rigging their scores in order to keep their favoured teams in the competition.

The Sydney ‘socialites’, who are members of Group One, admitted they dabbled in the strategic scoring in order to boot Group Two’s Anne and Jennifer off the program last week.

The duo’s devious disclosure caused considerable fallout, with angry co-stars claiming the pair were not acting in the spirit of the show, appearing more interested in winning than they were in cooking. 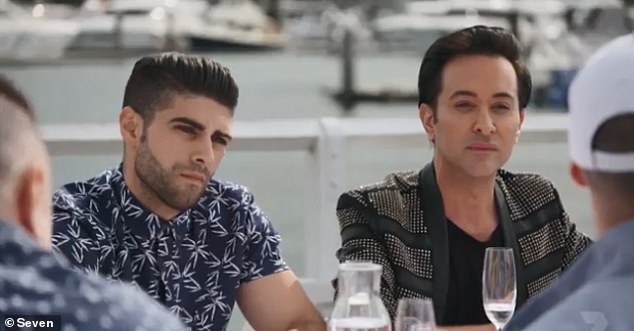 ‘It’s a competition and we’re here to win!’ On Sunday night’s episode of My Kitchen Rules,  ‘villains’ Ibby and Romel confessed to rigging their scores in order keep their favoured teams in the competition

Ibby and Romel revealed their scheme to fellow members of Group One, claiming they were acting in their best interests.

However, the Group didn’t appear to appreciate the favour and blasted the pair for their troubling tactics.

Outspoken home-schooled brothers Josh and Austin called the strategy scoring ‘bulls**t’, while Andy and Ruby stated: ‘We are so p**ed off! We definitely think Ibby and Romel have put a target now on Group One’. 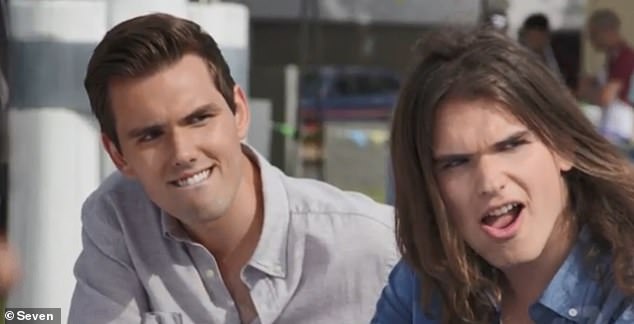 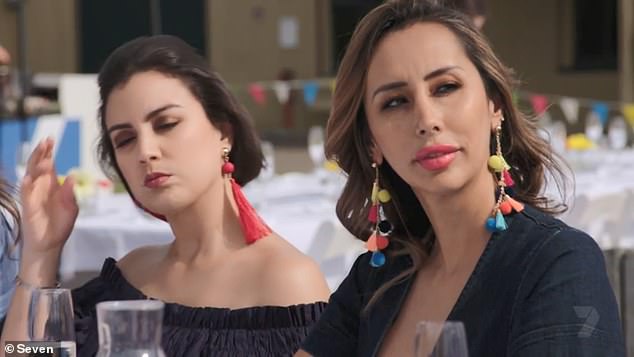 Not happy: Andy and Ruby were similarly unimpressed, remarking: ‘We are so p**ed off!

Co-stars Amanda and Blake were also less-than-impressed, worrying that Group Two would subsequently resort to the same dirty tricks.

‘If Group Two wanted to go tit-for-tat with strategic voting, then we’re done. Simple as that!’ they stated.

However, Ibby and Romel didn’t seem fazed by the outrage, calming sipping champagne as they faced the barrage of criticism. 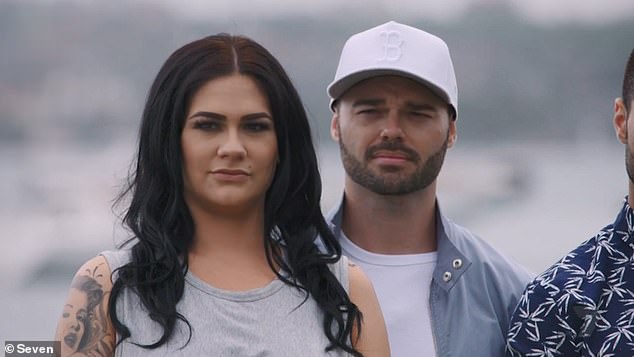 Concerns: Co-stars Amanda and Blake were also less-than-impressed, worrying that Group 2 would subsequently resort to the same dirty tricks

Even judge Colin Fassnidge jumped in to slam the pair, stating: ‘You’re more worried about the scoring than the actual cooking?’

The explosive episode came after Josh and Austin gave an interview to  last weekend, claiming that Ibby and Romel also encouraged them to do strategic scoring.

‘Ibby and Romel were completely harassing us in the makeup room and saying, ‘You have to do a strategic vote. Do it’,’ Josh said.
The brothers told the publication that they immediately rejected the idea. 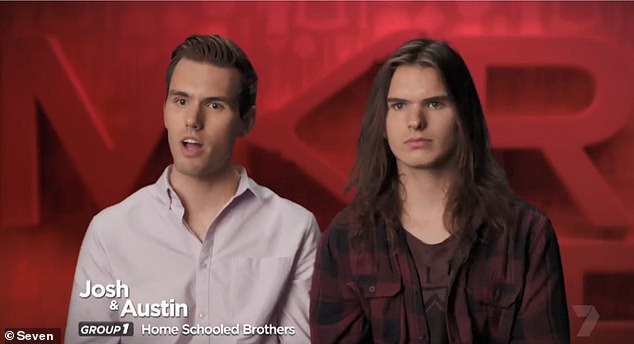 ‘They were harassing us!’ My Kitchen Rules ‘villains’ Josh and Austin Bonwick (pictured) have revealed the shocking exchange with Ibby and Romel they couldn’t show on TV

Caroline Flack rows with ex fiancee Andrew Brady
Victoria Beckham accidentally flashes her white bra in New York City before changing into red suit
Emmerdale EXCLUSIVE: Shila Iqbal is FIRED after using the N-word
Miley Cyrus calls her hunky husband Liam Hemsworth a 'snack' and a 'sugar daddy'
Jason Momoa shows Ellen how to throw an ax before explaining why he shaved his beard
Skye Wheatley insists it's 'not easy' being an Instagram influencer
Jennifer Garner reaches out to kids whose shows have been cancelled amid coronavirus
Noel Gallagher breaks COVID-19 lockdown rules as he flits between London pad AND Hampshire home