Britannia may rule the waves, but her Queen displays caution when she confronts them in these exclusive pictures from the next series of ITV’s hit drama Victoria.

The monarch, played by Jenna Coleman, looks back hesitantly as she steps from her bathing machine, carefully holding on to the handrail as she immerses herself.

Finding she is not a natural swimmer, Victoria quips: ‘The Queen of England is not a fish.’

If Jenna appears to be approaching the sea gingerly, it’s not all acting. For although the scene is supposedly set on the Isle of Wight, it was actually shot on the chilly North East coast.

Writer Daisy Goodwin said: ‘It was absolutely freezing. Jenna was a trouper. There were children present, so everyone was watching their language.’

The third series of Victoria will air later this year, and Ms Goodwin is already working on a fourth. 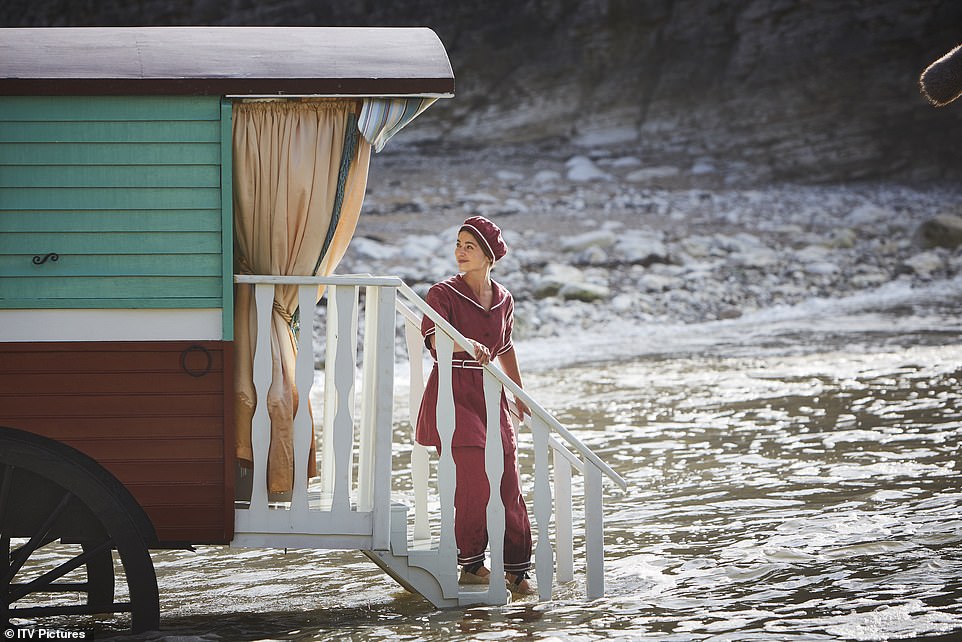 Jenna Coleman, as Queen Victoria, gives a quick look to say ‘are you sure this is a good idea?’ before taking a few steps down into the sea off the north east coast 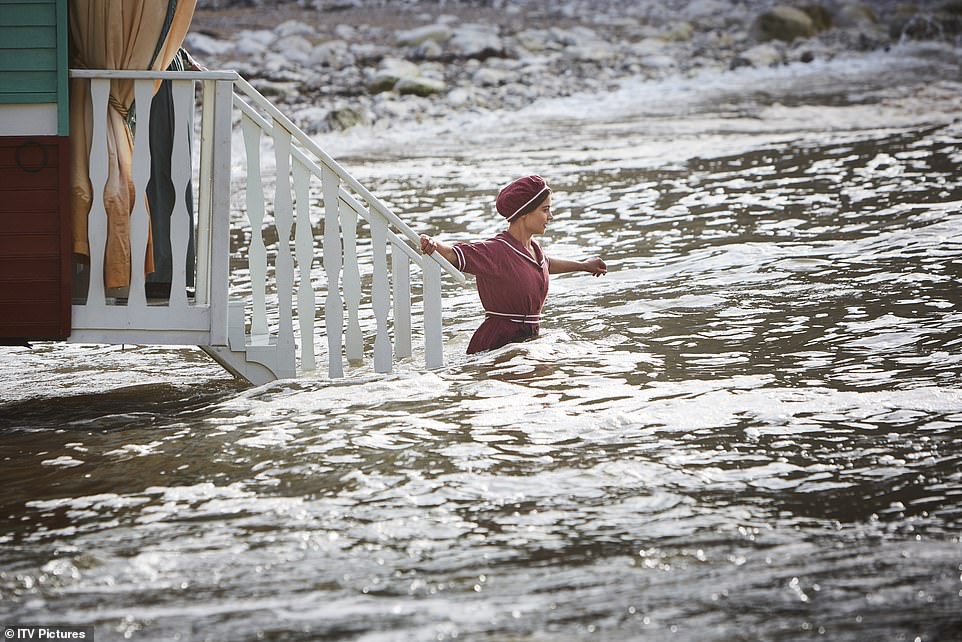 Folau back from injury for Wallabies
Pope recommends silence and prayer in response to allegations he covered up US cardinal sex scandal
Shock for Berejiklian in NSW by-election
The Block's Norm Hogan, 40, collapses from exhaustion during overnight renovations
Duchess of Cambridge has 'terrible falling out' with ex-model best friend
M25 road rage murderer Kenneth Noye WILL be freed from jail
Man arrested for murder after his ex-lover, her boyfriend and her family shot dead
Full text of the Queen's Speech at the State Opening of Parliament