Sarah Ferguson has revealed she was left ‘shocked’ and ‘sad’ after making a recent trip to one of the poorest areas of Sierra Leone.

Sharing photos of her African trip, three weeks ago, to her 174,000 followers on , Fergie revealed how ‘many families have lost everything and are living in the open air’ after devastating fires hit the region.

The 59-year-old made the journey to Kroo Bay, a slum in Freetown, at the start of February, where she visited several schools and met with locals as part of her work for her charity

A proud Princess Eugenie praised her ‘amazing’ mother’s charity work in her Instagram story on . 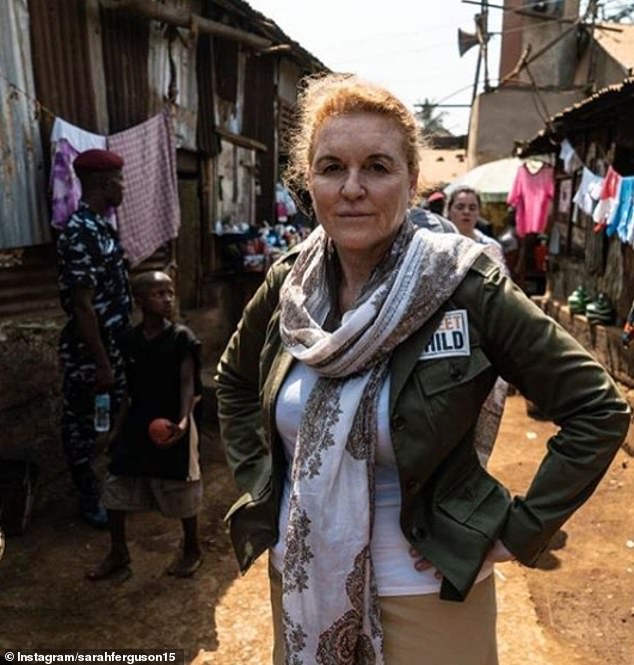 The Duchess of York, 59, shared a heartfelt message on Instagram asking people to donate money to help the inhabitants of a slum in Sierra Leone; Fergie revealed she was left ‘shocked’ and ‘sad’ after hearing that Kroo Bay, in Freetown, had been left devastated by fire 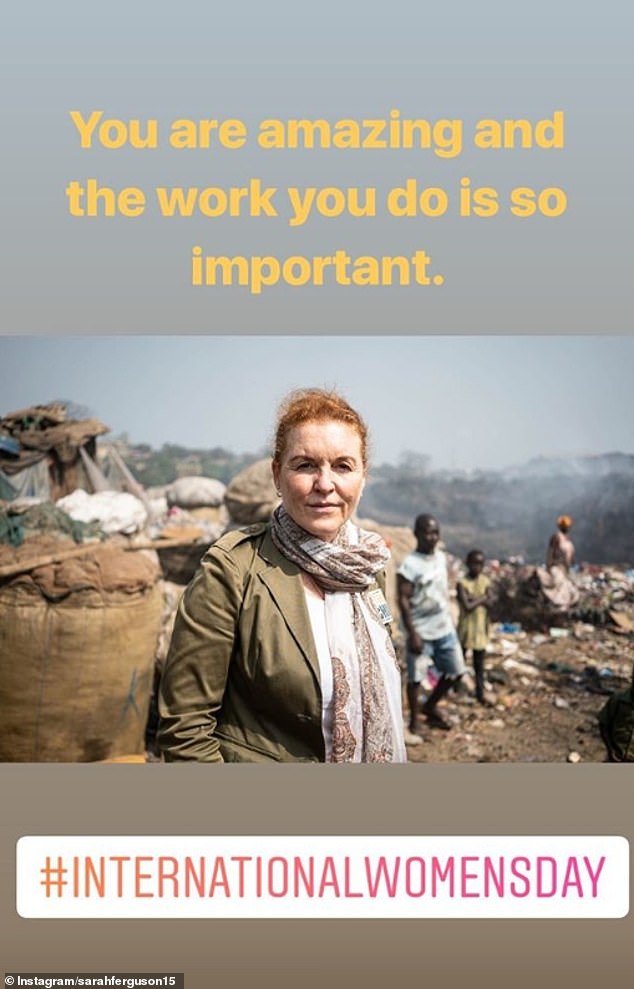 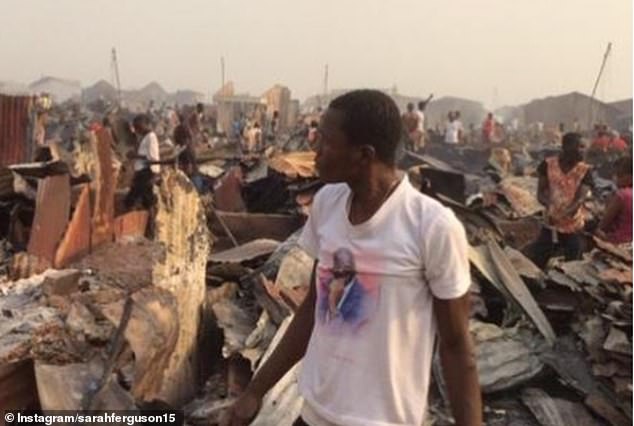 Harrowing: A recent fire reduced most of the houses in Kroo Bay to ashes, revealed the duchess, who asked her Instagram followers to donate to her charity’s emergency appeal 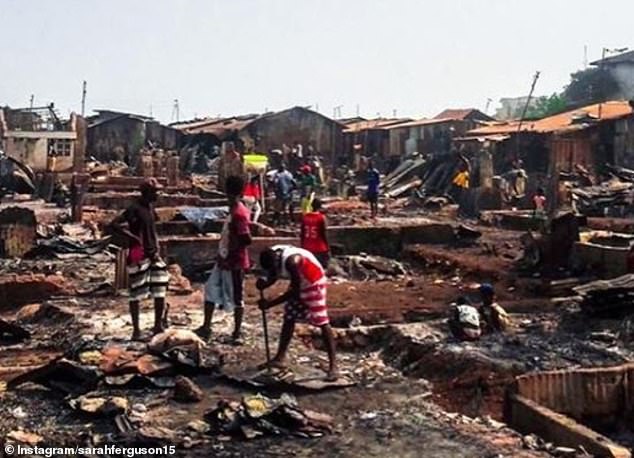 Fergie posted several images of her experiences in Kroo Bay, Freetown, one of the poorest parts of Sierra Leone, to her 174,000 followers on the social media site 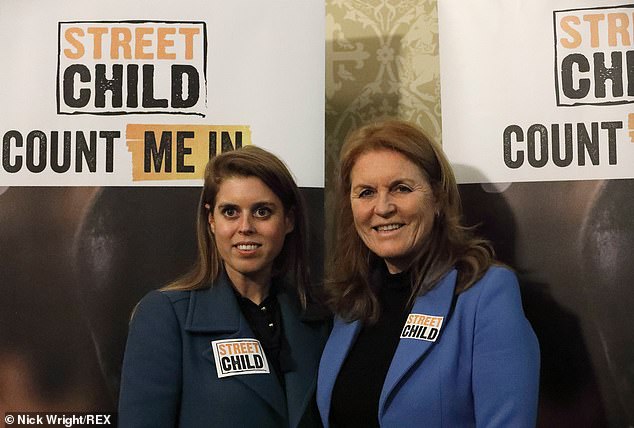 Charity: Sarah Ferguson and Princess Beatrice pictured at the Education in Emergencies panel discussion at House of Lords back in February

She wrote: ‘You are amazing and the work you do is so important,’ she wrote, posting a picture of the duchess in Sierra Leone. So proud of you today and all days,’ she added.

The mother of Princess Beatrice, 30 and Princess Eugenie, 28, is currently working on a project which aims to raise money to help disadvantaged children across ten countries get into education. She admitted that their lack of access to classrooms left her heartbroken.

In the photos, Fergie is wearing a khaki jacket and camel-coloured trousers with a street child badge on her coat.

During her trip to Sierra Leone, she visited Freetown’s largest slums, Kroo Bay, one of the most impoverished places in Western Africa.

In her most recent Instagram post, Fergie revealed that a fire had made life even more difficult for the inhabitants of Kroo Bay. 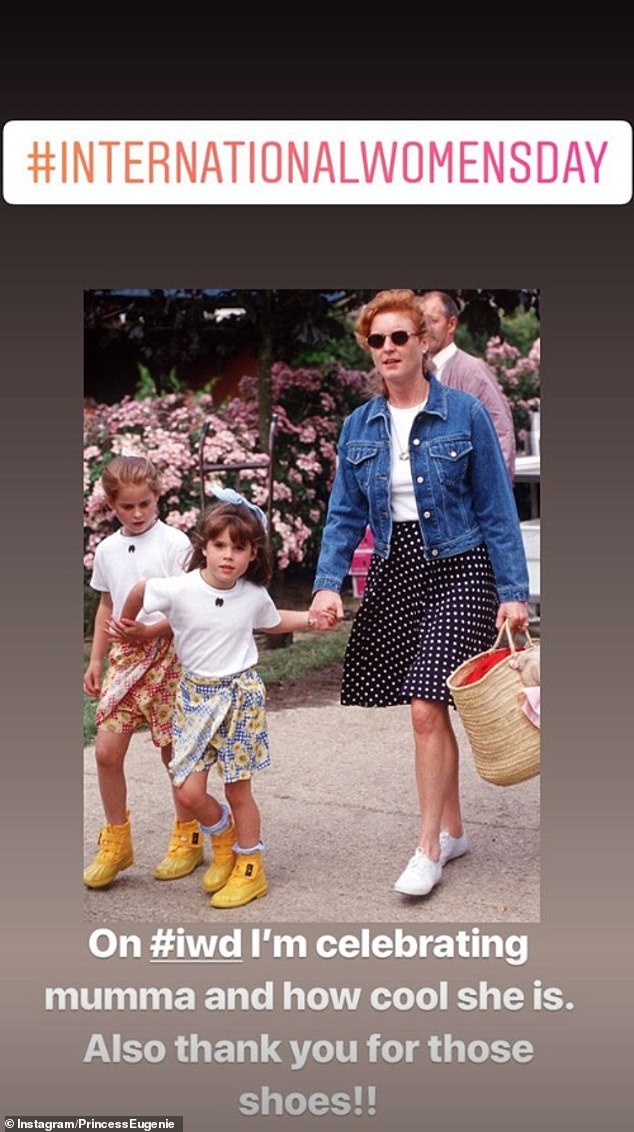 Throwback: Princess Eugenie also shared pictures of a young Princess Beatrice and herself holding her mother’s hand during an outing. The two princesses sported matching shorts and t-shirts and yellow boots 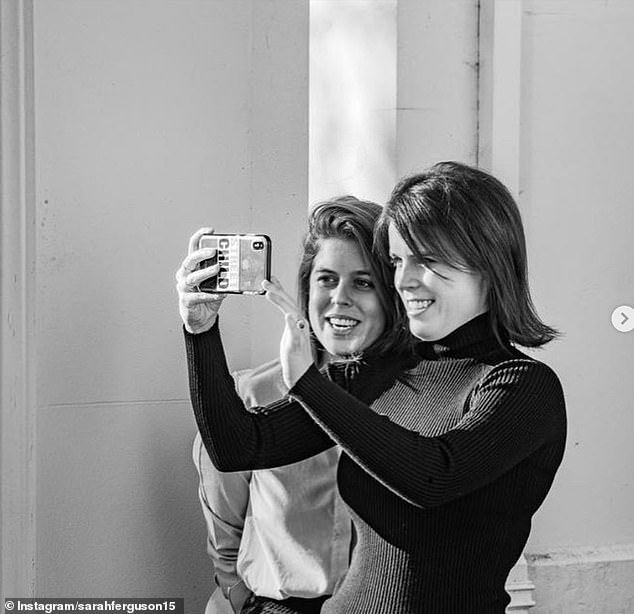 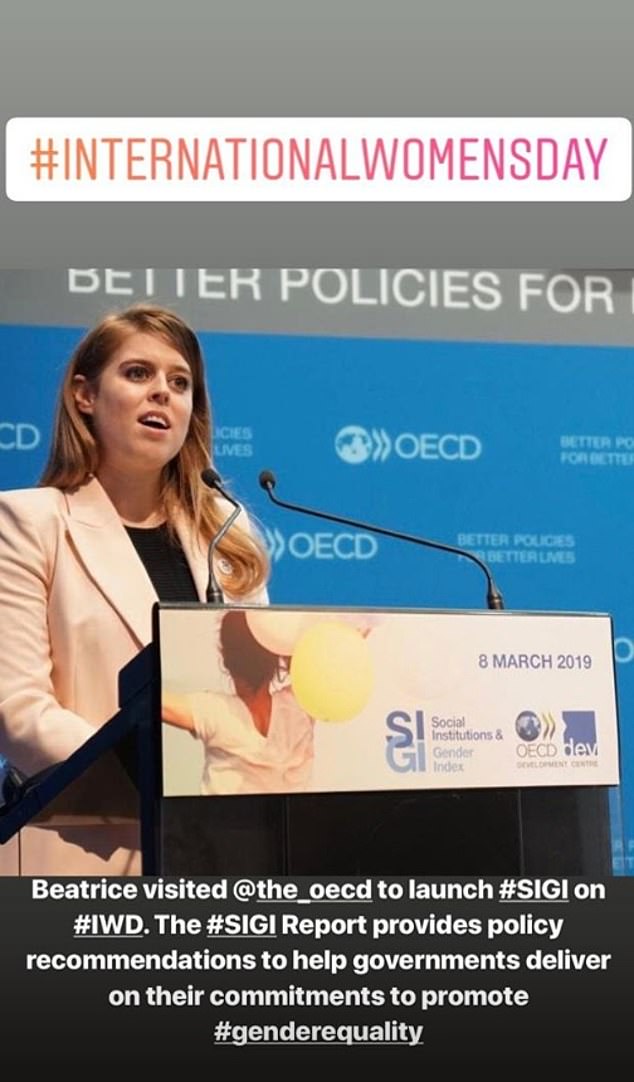 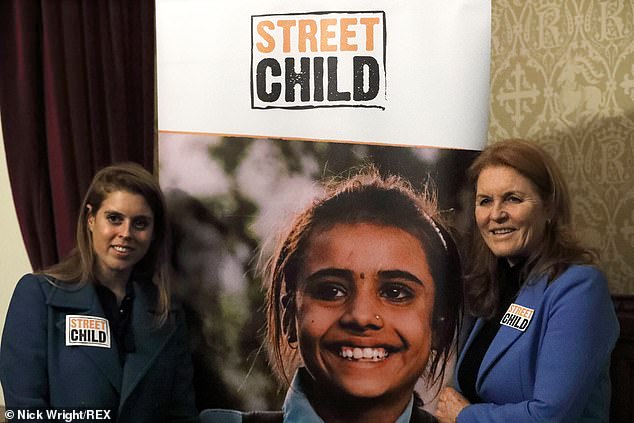 Fergie, pictured with Princess Beatrice at a recent event for the Street Child charity, appealed for people to make a donation to its emergency appeal to help Kroo Bay’s inhabitants

‘I was so shocked and sad to hear that a huge fire has now destroyed the homes and livelihoods of many hundreds of people,’ the Duchess wrote on Instagram.

‘Thank goodness, nobody was killed and the We Yone school which my charity supports survived.’

Fergie then appealed for people to make a donation to Street Child’s emergency appeal in order to help the distraught population.

The emergency appeal seeks to provide clothing, toiletries and provisions to the affected families.

The duchess added that the population of Kroo Bay had very little and that most families made a living ‘working on a vast rubbish dump.’

Beatrice also shared throwback pictures of a young Princess Beatrice and herself holding her mother’s hand during an outing. The two princesses sport matching shorts and t-shirts and yellow booties.

‘Thank you for those shoes,’ the all-grown up Eugenie joked.

‘The #SIGI report provides policy recommendations to help governments deliver on their commitments to promote #genderequality,’

‘You are pretty amazing Bea and we celebrate you on #IWD2019 #IWD.”