is pushing a plan to require close U.S. allies to bear more of the cost for hosting U.S. troops – plus hit them with a premium of an extra 50 per cent.

The plan, which the administration has been pushing with key allies including , is the latest effort to try to keep pace with Trump’s demand that allies pay more and his deep skepticism of the expansive U.S. overseas military presence.

Several U.S. officials said Friday that the White House has asked the Defense Department to gather data on the costs of keeping troops in other countries and how much those nations contribute to the expenses. 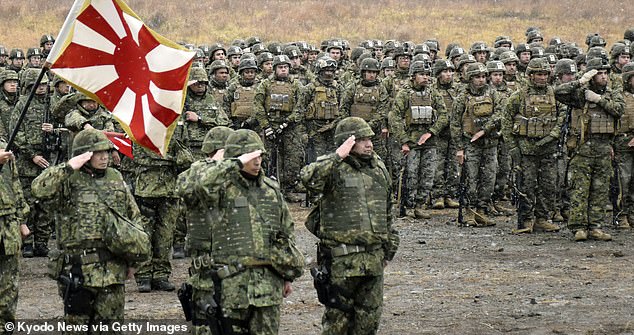 Members of the U.S. Marine Corps and the Japanese Ground Self-Defense Force attend the opening ceremony of their joint drill at a JGSDF exercise area in Yamato, Kumamoto Prefecture, on Dec. 8, 2017. The Trump administration is developing a plan to require allies to pay full costs of hosting troops, plus 50 per cent

As part of the plan, termed ‘Cost Plus 50,’ allies such as Japan and Germany would be asked to pay considerably more than they do now, News reports.

The officials weren’t authorized to publicly discuss internal deliberations and spoke on the condition of anonymity.

President Donald Trump has waged a lengthy, public campaign to get NATO allies to meet the goal of spending 2 percent of their gross domestic product on defense. And in the last two years, a number of allies have increased their spending.

The officials said this latest effort is along those lines. They said the collection of data could be used in subsequent meetings and discussions to pressure allies to help offset the costs of having U.S. troops within their borders.

National Security Council spokesman Garrett Marquis said that getting U.S. allies to ‘increase their investment in our collective defense and ensure fairer burden-sharing’ has been a long-standing U.S. goal. 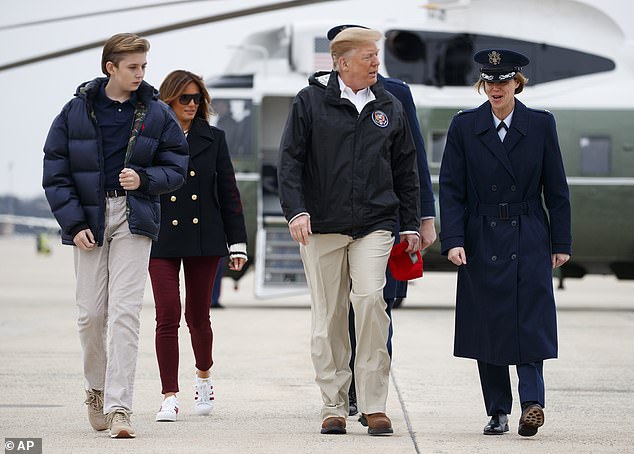 President Donald Trump and first lady Melania Trump and their son Barron Trump, walk from Marine One to board Air Force One, Friday, March 8, 2019, in Andrews Air Force Base, Md., en route to Lee County, Ala., where tornados killed 23 people. Trump has spent years pushing for U.S. allies to pay more for defense 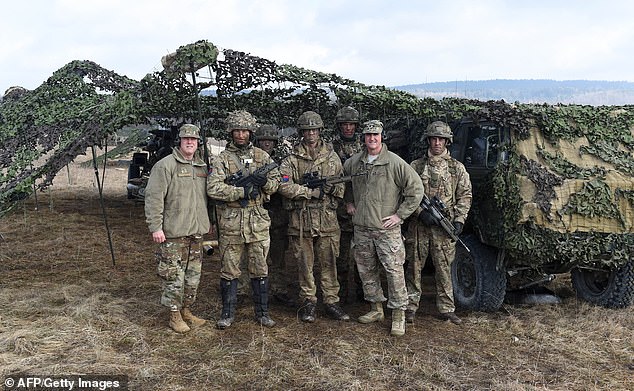 US and British soldiers pose for a photo after an artillery shooting training during the ‘Dynamic Front 18’ exercise in Grafenwoehr, near Eschenbach, southern Germany, on March 7, 2018. Some policy observers are concerned the push for greater contributions could harm the popularity of a U.S. troop presence in the countries that house them 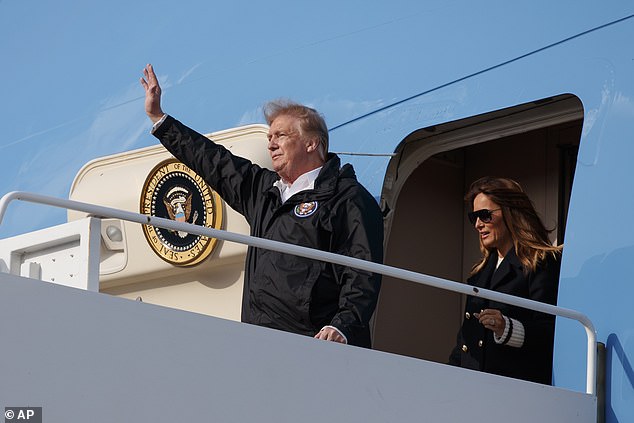 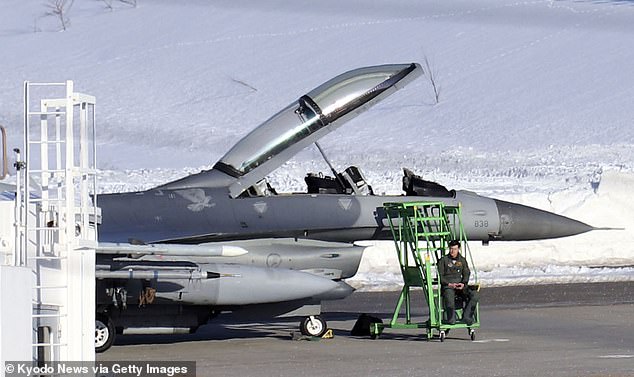 Photo taken on Jan. 14, 2019, shows an F16 fighter of the U.S. military at Aomori airport in northeastern Japan where the plane made emergency landing earlier in the day. 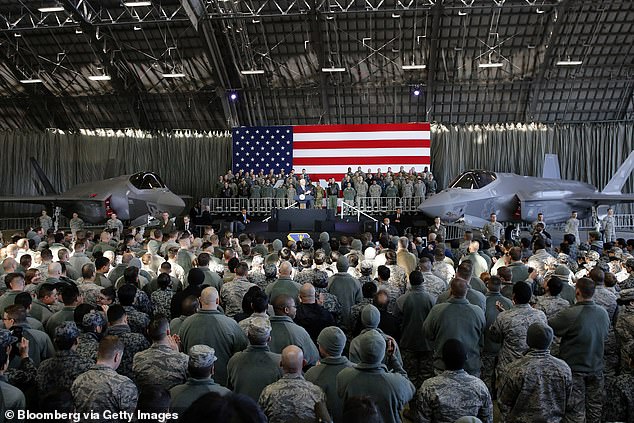 ‘The Administration is committed to getting the best deal for the American people,’ Marquis said in a statement issued Friday.

He declined to provide details on any ongoing deliberations.

Most NATO allies have a U.S. presence, but there are larger bases and military populations in countries such as Germany, England, Japan, Italy, Kuwait, Qatar and Bahrain.

Derek Chollet, former assistant defense secretary for international affairs, said that allies should pay their fair share. But, he said, the bases serve critical U.S. interests and must not be considered charitable contributions.

For example, key U.S. military commands that oversee operations in Europe and Africa are located in Germany as well as the Landstuhl Regional Medical Center, where thousands of American troops were treated after injuries in the Iraq and Afghanistan wars.

Additionally, U.S. policymakers have long considered the presence a stabilizing force in Europe – as well as a check on Russia, and the Soviet Union before it.

‘The fact is that U.S. bases are an essential part of protecting American interests – in Europe, Asia, Africa or the Middle East,’ said Chollet, now with the German Marshall Fund of the United States. ‘Moreover, those countries that host our troops want to be our partners, and the message he (Trump) is sending is that we don’t care. This is totally self-defeating.’

Just last week, South Korea and the United States signed a deal that would increase Seoul’s financial contribution for the deployment of U.S. troops in the Asian country. After rounds of failed negotiations, chief delegates from the two countries last month agreed on Seoul paying about 1.04 trillion won, or $924 million, in 2019 for the U.S. military presence, up from about $830 million last year.

Bloomberg reported that those talks almost went off the rails after Trump gave his national security advisor, John Bolton, a note saying ‘We want cost plus 50,’ overruling his negotiators.