Almost 1,000 days — 996 to be exact — have passed since the British people voted to leave the EU. And there are now just 20 days left before we are due to break away.

Yet still we don’t know on what terms this will happen. Indeed, it’s far from certain that we will ever leave. What a complete farce!

is not the only person to blame for this shambles. Far from it.

To do her credit, the Prime Minister negotiated a withdrawal agreement with fellow EU leaders that made considerable sense. 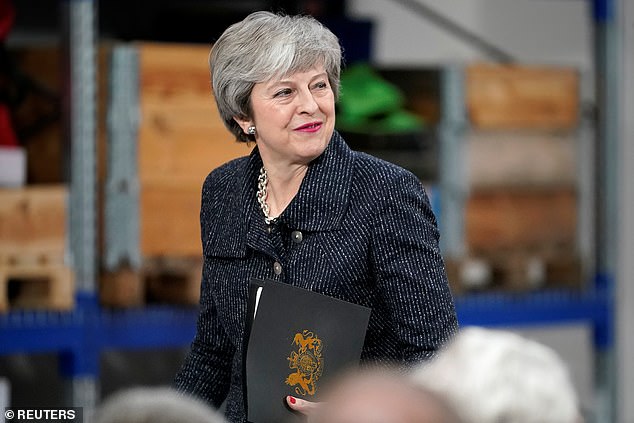 Theresa May, pictured giving a speech in Grimsby yesterday, is not to blame for this shambles, writes Peter Oborne

Yet, when she brought it back to London in January, she suffered a humiliating Commons defeat by 230 votes — the largest for any government in modern history.

Next Tuesday, a wounded Prime Minister will again put her deal to a vote by MPs.

In the meantime, she has taken the precaution of sending Attorney General Geoffrey Cox to Brussels to try to winkle out a better deal.

Don’t be fooled. Whatever the ebullient barrister might bring back, it won’t amount to much.

Essentially, MPs will be voting on the same previously-rejected deal next week. That’s why most observers think it’ll be binned again.

However, don’t bank on it. I believe Mrs May can still win. Take my word for it. There has been talk all week of a strange clinking sound around Westminster.

After much searching for its source, I can reveal that it has been the welcome sound of pennies dropping in the minds of some of the 118 Tory rebels who voted against the deal in January. 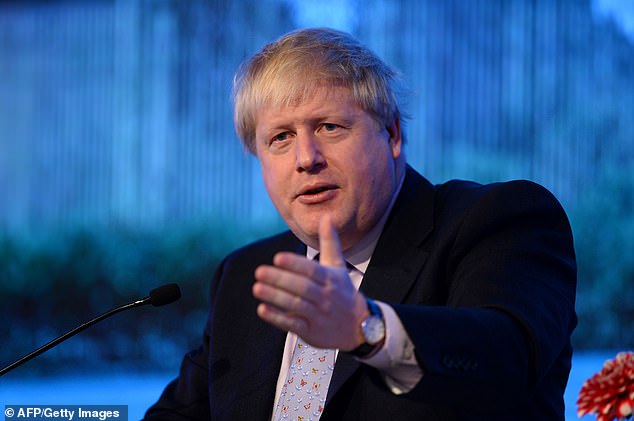 Until now, hard-Brexiteers such as Boris Johnson, pictured, have been banking on the fact that the alternative to Mrs May’s deal is the hard-Brexit or No Deal exit they yearn for

Finally, these MPs have been waking up to the uncomfortable fact that if Mrs May fails to get her deal through on Tuesday night, then Brexit may not happen at all.

Until now, hard-Brexiteers such as Boris Johnson and Jacob Rees-Mogg have been banking on the fact that the alternative to Mrs May’s deal is the hard-Brexit or No Deal exit they yearn for.

For months, they’ve been hoping that Britain will crash out of the EU on March 29. And until recently, that seemed quite possible.

But manoeuvres by Cabinet ministers who voted Remain (and their allies), led by David Gauke, Amber Rudd and Greg Clark, have dramatically changed matters.

If Mrs May loses on Tuesday, there will be two further votes the following afternoon.

In one of those, MPs would have to decide whether to rule out for ever a No Deal Brexit. In the second vote, they would vote on whether to extend Article 50 and thus allow more time to finalise a deal, or come up with an alternative outcome via a General Election or another referendum. 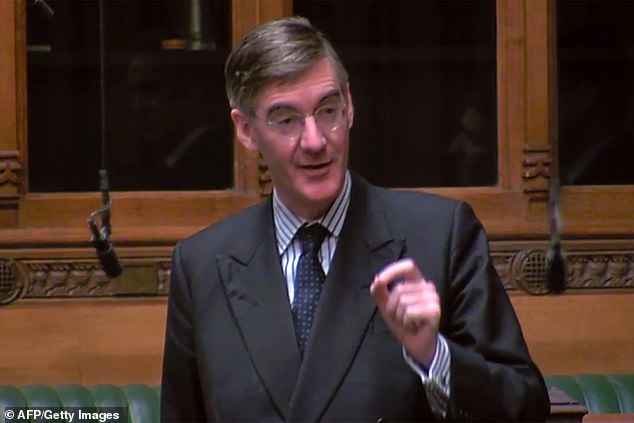 If Mrs May loses on Tuesday, there will be two further votes the following afternoon. Pictured is Jacob Rees-Mogg in the House of Commons

Both of these votes would mark another humiliation for Mrs May, who has pledged again and again that Britain will leave on March 29 while repeatedly refusing to rule out No Deal Brexit. Even worse for the PM, Parliament could strip control of Brexit negotiations from Downing Street and let MPs take charge.

So, this weekend, as government whips frantically try to corral support for their beleaguered boss, Britain still faces an uncertain future: exiting the EU on Mrs May’s terms; yet more delays; a No Deal Brexit; a defeated Mrs May stepping down and a new Tory leader and Prime Minister; a third General Election in four years or a second referendum.

No wonder pennies are dropping in the minds of even the most boned-headed ultra-Brexiteer. Some are at last taking note of the warnings of the possible dire economic consequences of a No Deal Brexit.

The latest grim forecast came this week with BMW bosses saying that a hard Brexit could mean their Oxford factory — where 200,000 Minis are made a year by 4,500 workers — having to shut.

There are two main groups among those hard-Brexiteers wondering whether to risk sacrificing their long-held dream of Brexit.

More from Peter Oborne For The Daily Mail…

On one hand there are the Kamikaze Tendency — prepared to chance all in order to force through a No Deal Brexit.

On the other, Realists who are happy to accept a watered-down Brexit if that’s the only one achievable and then edge sheepishly into line towards the Ayes lobby behind Mrs May.

But as this motley band wrestle with their consciences and principles this weekend, they are revealing themselves to be men and women of tortured contradictions.

For example, take the case of Tory MEP Dan Hannan, who, as a young man in the early 1990s was a joint founder of the Brussels-baiting European Research Group (ERG), whose members are now the bulwark of Mrs May’s Tory backbench dissidents.

Before the 2016 referendum, Hannan said: ‘Brexit will be a gentle process.’ Six months later, he assured us: ‘Absolutely nobody is talking about threatening our place in the Single Market.’

By last October, an agitated Hannan said: ‘The proposed Brexit terms represent a deal worse than either staying or leaving.’ Two months later, he said: ‘I’m beginning to think Brexit won’t happen. This will destroy democracy as we know it.’

And, in a siren call to fellow hardline Brexiteers last Sunday, he railed: ‘No self-respecting country would accept this deal — MPs must vote it down.’

As an MEP, clever-clogs Dan doesn’t have a vote on Tuesday but his message will be very influential on the stubborn rump of ERG members.

However, I am convinced that these men and women — some of whom have been campaigning against what they see as the overweening power of Brussels since the Maastricht Treaty in 1992 — will come to realise that Tuesday’s vote is basically one that can guarantee Brexit. The alternative being no Brexit at all.

The fate of the country is in their hands. 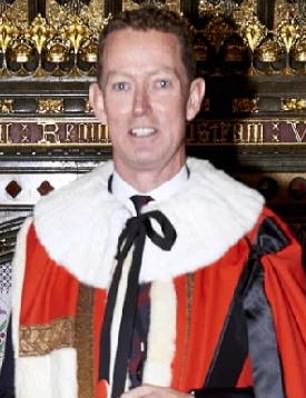 Greg Barker, pictured, was one of David Cameron’s more forgettable ministers and now he’s working with a Russian oligarch

Scandal of the ‘peers for hire’

Greg Barker was one of David Cameron’s more forgettable ministers. Appointed a peer in 2015, he disappeared into the Lords.

Now he’s taken leave of absence from the Upper House to work with Russian oligarch Oleg Deripaska as chairman of his aluminium and power giant EN+ Group.

Under parliamentary rules, he can return to the Lords whenever he likes and help make laws for the rest of us.

There are too many ‘peers-for-hire’. They make an unanswerable case for wholesale reform of what is increasingly a sleazy institution.

A new biography of Jeremy Corbyn by the celebrated writer Tom Bower states that the Labour leader rarely reads books. But is this true?

Talal Karim, a friend of Corbyn for 40 years, says Bower is wrong. He tells me Corbyn has a large library and is constantly recommending fresh reading matter to colleagues.

Mr Karim recalls a visit to India and Bangladesh with the Labour leader, during which Corbyn ‘devoured’ Freedom At Midnight (an account of the events surrounding Indian partition) and Mahatma Gandhi’s memoirs. He also says Mr Bower’s account of the trip is strewn with errors.

The visit lasted ten days, not three weeks. Corbyn did not travel by steam train from Mumbai to Calcutta, ‘either sitting on a carriage roof or on the footplate shovelling coal into the furnace’ as the book suggests.