The only daughter of Nazi military leader Hermann Goering, who once said that her father was only trying to do ‘the best for ‘, has died at the age of 80.

Edda Goering, who fought the German state for damages for many years, died in the Bavarian capital of Munich in southern Germany on December 21 last year but her death had been kept secret up until now.

Spokesman Johannes Mayer of the Regional Administrative Office (KVR) confirmed that Ms Goering had been secretly buried at the Waldfriedhof Cemetery in Munich.

However the exact location of her grave remains undisclosed. 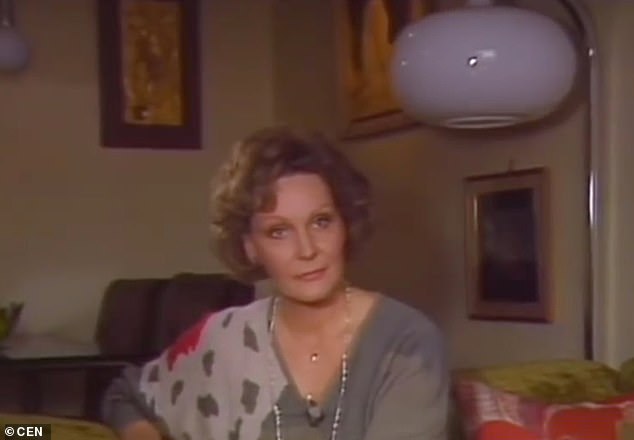 Edda Goering, the only daughter of Nazi military leader Hermann Goering, died at the age of 80 in the Bavarian capital of Munich in southern Germany 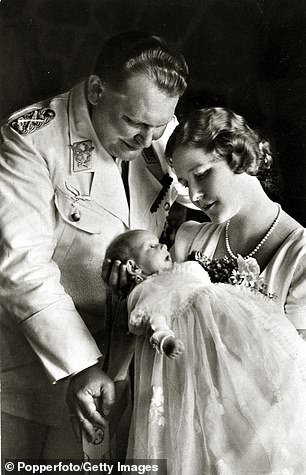 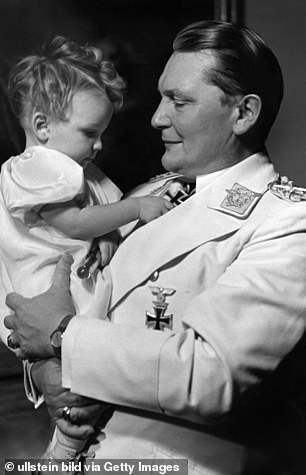 Ms Goering, who was born on June 2, 1938, was the daughter of the First World War fighter pilot and his second wife, actress Emmy Sonnemann.

Born a year before the outbreak of the Second World War, she spent most of her childhood with her parents in the extravagant Carinhall hunting estate to the north-east of Berlin.

During this time her father, Hermann Goering, became one of Adolf Hitler’s closest confidantes.

Among other roles, Hermann Goering was also Supreme Commander of the Nazi Luftwaffe, receiving the title Marshal of the Reich after the fall of France which gave him superiority over all other army officers.

A week after the start of the Soviet invasion, Hitler issued a decree naming Goering as his successor in the event of his death.

However, when the German Fuhrer announced his intention to take his own life in his Berlin bunker, Goering telegraphed Hitler on April 22, 1945, asking formal permission to take control of Nazi Germany.

A furious Hitler stripped Goering of all his titles and possessions and ordered his arrest, considering his request akin to treason. 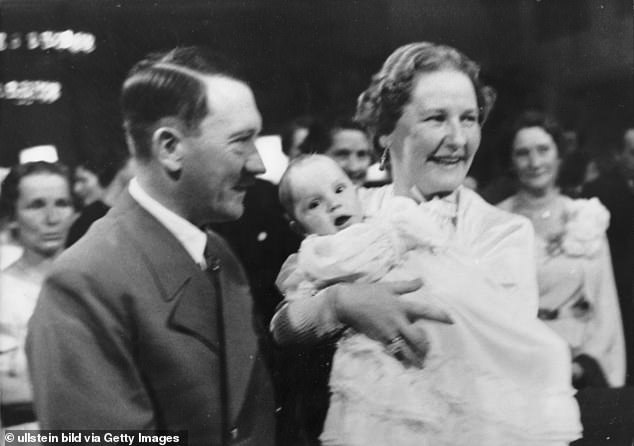 Goering was arrested by the US Army on May 6, 1945, and sentenced to death on charges of conspiracy, crimes against peace, war crimes and crimes against humanity at the Nuremberg trials.

However the night before he was due to be hanged, Goering took his own life by swallowing a cyanide capsule in his cell.

For many years, Edda Goering battled with the authorities over her share of her father’s estate, which had been confiscated after the Second World War. 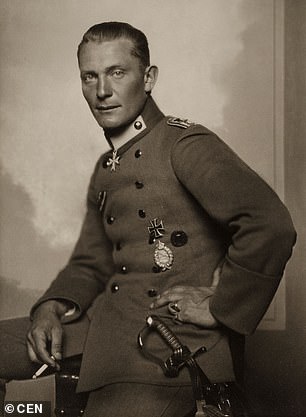 However the petitions, which were considered controversial due to Hermann Goering’s position within the Nazi party, fell on deaf ears.

Ms Goering, who never married, worked in a hospital laboratory and supported her mother Emmy until her death in 1973.

In a rare interview she gave in the 1980s, Ms Goering said that she only had good memories of her father and said that he would love to ‘prepare a table full of gifts for everyone’ at Christmas.

She said: ‘Above all of the love and care my parents gave me, I had a very nice childhood.’

When pressed about his involvement in Nazi war crimes,  Ms Goering said that she still thought he was a good man.

She commented: ‘I am convinced that my father, when he teamed up with Hitler, believed that he was doing the best for Germany.

‘My father was extremely popular, even abroad. He had the right background, personality and natural warmth.’