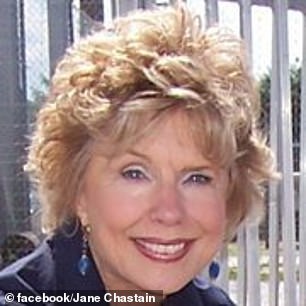 Alexandria Ocasio-Cortez has clapped back at a veteran broadcaster after she called for the boycotting of Girl Scout cookies on .

Jane Chastain worked for CBS in the 1970s and was the first woman to call an NFL game – she was also a Girl Scout like AOC.

But the veteran broadcaster has put distance between herself and her fellow alumnus on International Women’s Day, saying that cookie sales should be boycotted in protest of the ‘young socialist.’ 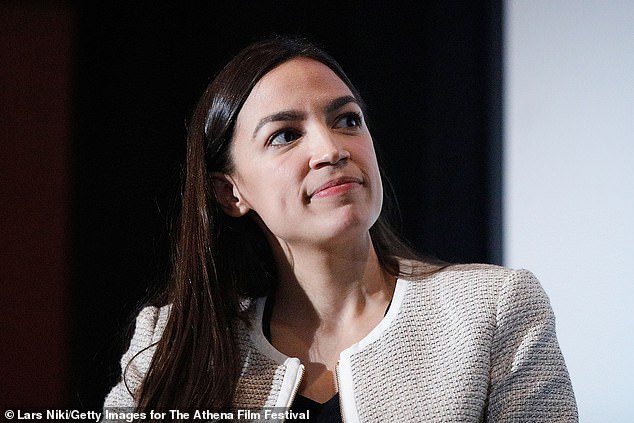 Ocasio-Cortez stood by her work with the Girl Scouts and wrote to Chastain: ‘Boycotting cookies that teach little girls leadership skills to own the libs (thumbs up emoji) nice job I’ll take 10 (wink face)’

Chastain highlights a left-wing past to March 8, describing how the event was founded by the Socialist Party in 1909 and later taken up by the Communists in Russia with great fervor.

She wrote in : ‘Today’s Girl Scouts are a far cry from those of my youth, which trained us to put God and country before everything else.

‘Today, God in the Girl Scout promise has an asterisk, meaning the great I AM and His moral absolutes can be replaced by anything, including oneself.’

She is deeply critical of the organization which she accuses of veering off to the hard left.

Chastain points to the Girl Scouts website which recommends the following charities, the Center for Reproductive Rights, Planned Parenthood and Ultra Violet, which she says promotes the election of ‘ultra liberal’ women.

She decries the Girl Scouts’ promotion of their alumni in Congress and says it shows a great bias towards the Democrat party.

Ocasio-Cortez stood by her work with the Girl Scouts, saying: ‘I am extraordinarily proud of the role my constituents have played in helping to establish + support Troop 6000, the first-ever @girlscouts troop for girls experiencing homelessness.’