It was supposed to inspire viewers and set the stage for upcoming story lines.

But disgruntled Emmerdale fans are threatening to boycott the Special, with some branding it ‘sexist’ that the episode will feature an all-female cast.

The episode – set to air on Friday 8th March – will see various secrets revealed to set the stage for upcoming spring storylines, with an all-female crew also at work on the episode behind-the-scenes. 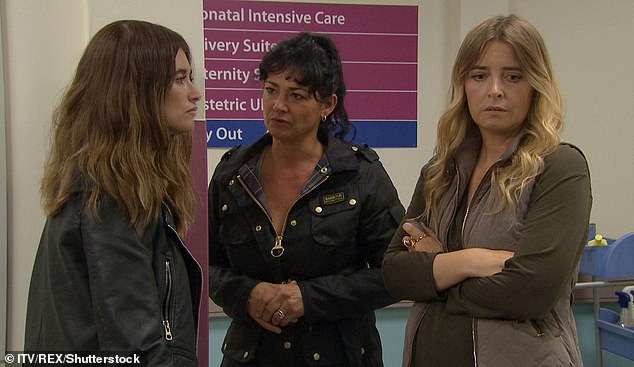 Controversy: Emmerdale fans have threatened to boycott the International Women’s Day Special, as they claim the episode is ‘sexist’

Plot-wise very little has been revealed about the episode so far, although producer Kate Brookes recently revealed that it would be a first in the soap’s history.

Speaking last year she said: ‘We’re doing something rather special on March 8, International Women’s Day, now we’ve got two female producers and a female executive producer – which is the first time a soap has had an all-female team.

‘We are going to have an episode that is produced by a female, directed by a female and written by a female. The entire cast will be female including all the background artists and we will have almost an entire female crew.’

She joked: ‘What they don’t realise is that we’ll be giving some of the men the traditional female roles for the day so we’ll all be bringing our kids in for them to look after. We’re really excited to be doing it, to be recognising IWD and do our bit for it.’ 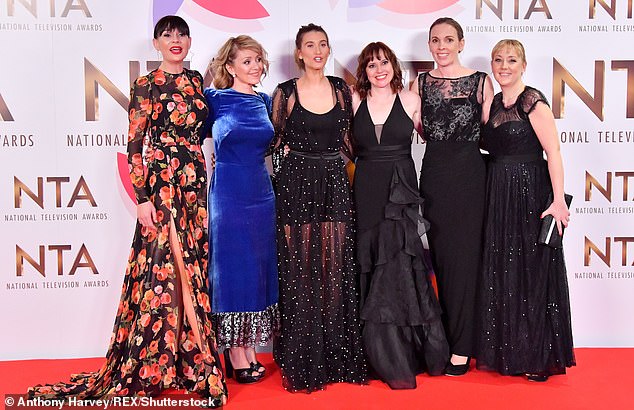 Important: The episode will feature both an all-female cast and crew, and will also set the stage for future spring storylines

However fans haven’t held back from sharing their distaste towards the special, particularly after it was discussed on Wednesday’s Good Morning Britain.

Taking to Twitter one fan wrote: ‘I watch Emmerdale all the time but I won’t be watching the all female one in protest.’

Another added: ‘Emmerdale having an all-female cast and crew, how stupid and sexist. Women have always played a big part in soaps. I hate women who see themselves as victims. I have never viewed myself that way, so neither has anyone else. Reverse sexism or racism is wrong.’

A third also tweeted: ‘Soaps are supposed to reflect real life, it’s not realistic to have no men on the show. Or are men supposed to lock themselves indoors on Friday? This world is getting ridiculous.’

Annoyed: However fans haven’t held back from sharing their distaste towards the special, particularly after it was discussed on Wednesday’s Good Morning Britain

Piers Morgan also shared his own view on the special during Good Morning Britain, and insisted that it would only be fair to have an all-male special as well.

He said: ‘Women need men as much as men need women. And the best Emmerdale is where you have, as we have now, great story lines involving men, women, great producers and directors who are male and female, as well as the camera crew.’

‘I’m having a male only Coronation Street campaign, a male only Good Morning Britain campaign. Watch the feminazi go berserk. You watch it erupt.’ 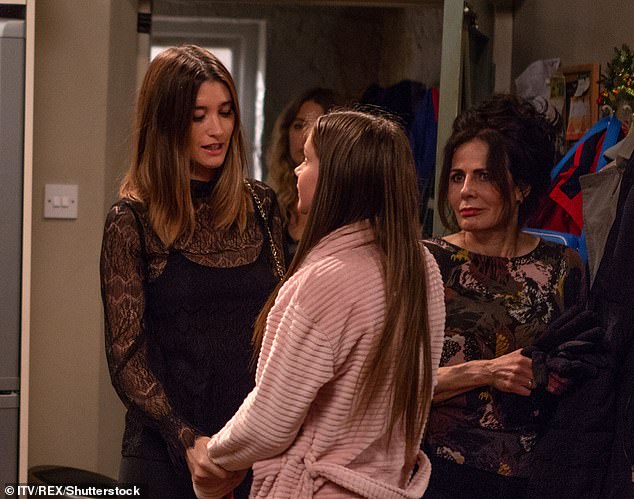