A Florida mother who calls her one-year-old baby ‘Theyby’ in order to raise the infant as gender neutral today accused Piers Morgan of ‘childism’ for questioning her decision.

Ari Dennis, 30, and her partner said the family was inspired to raise Sparrow without a known gender after their older child, Hazel, decided to identify as non-binary aged four after being raised as a girl.

She told Good Morning Britain: ‘We do not know what Sparrow’s gender is yet and, as regards to her anatomy, we choose to keep that secret except for a small list of caregivers.’ 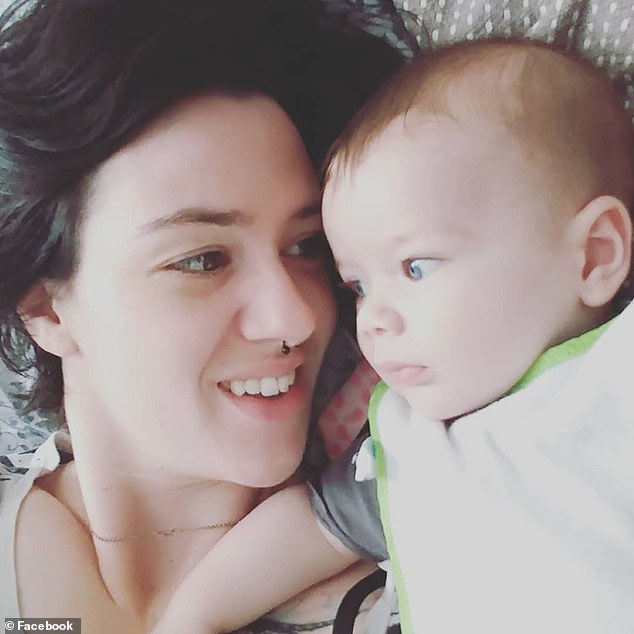 In the interview Dennis, who lives with two people who both identify as transgender, one of whom she is married to, said she would not reveal the gender of her baby and even the birth-certificate says ‘sex-unknown’.

‘I’m in a multi-adult family, there’s three of us with an eight-year-old and a one-year-old. All the adults in our household identify as transgender – I’m legally married to one and in a relationship with another,’ she said.

‘All children at this age are unable to understand gender. The child doesn’t have any gender yet.’

Dennis said her mother did not know Sparrow’s assigned sex during the first three months of the child’s life even though she was living with the family.

Her older child Hazel tells people she has ‘a baby sibling’ when people ask about Sparrow.

When asked by Piers Morgan about Sparrow’s anatomy, Dennis replied: ‘That’s something we do not discuss unless it is with a medical professional.

‘Commonly, people born with one type of anatomy will identify as one gender and others with another.

‘But that totally negates the fact that there are thousands of people around the world for whom that’s not the case.’ 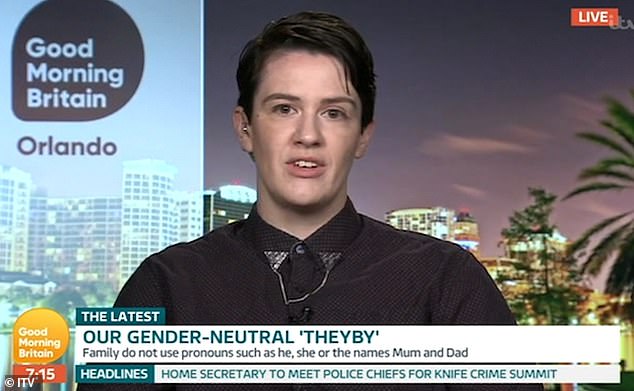 Dennis told Good Morning Britain: ‘We do not know what Sparrow’s gender is yet and, as regards to her anatomy, we choose to keep that secret except for a small list of caregivers’ 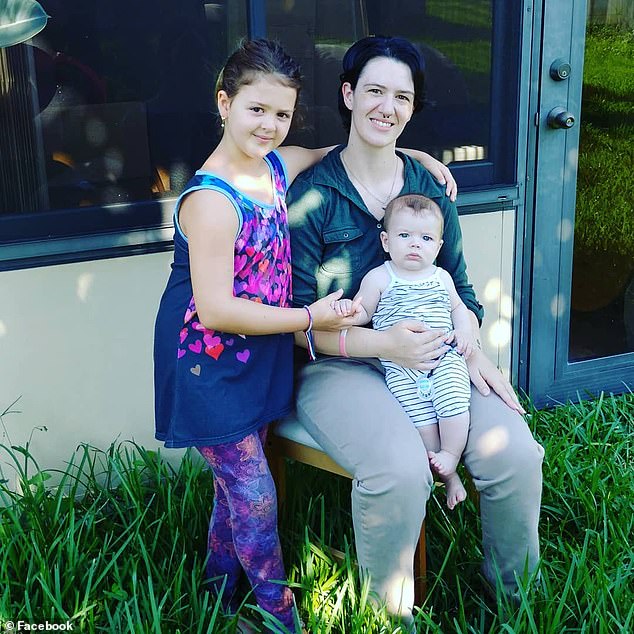 Ari  said the family was inspired to raise Sparrow without a known gender after their older child, Hazel, (left) discovered gender around the age of four

Piers Morgan argued that young children ‘didn’t have a clue’ about gender identity and accused Dennis of forcing Sparrow into a choice about gender.

‘I personally don’t agree with that assertion, but I can see how that can be misconstrued.

‘I think every family environment is unique… Hazel has a unique education through living in an LGBT family and she’s been safe to explore her own gender.’ 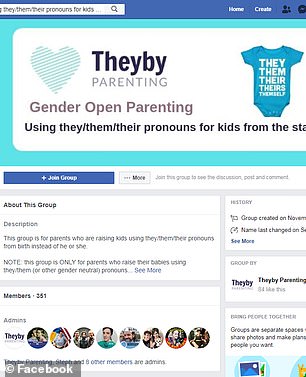 When asked if she would let a two-year-old make a verdict on their gender, Dennis said: ‘I would accept that they’re exploring.

‘If a two-year-old child doesn’t have any ability to conceptualise gender isn’t it toxic that we’re telling them that they’re a boy or a girl solely because of their anatomy.’

A Facebook group called ‘Parenting Theybies: using they/them/their pronouns for kids from the start’ is creating a community for parents who are raising their children outside of gender binary norms.

The group has been around since 2015 and currently has about 350 members.

Parents in the U.S. are increasingly raising children outside traditional gender norms-allowing boys and girls to play with the same toys and wear the same clothes.

Experts say that reproductive organs reveal a baby’s assigned sex at birth. Gender, however, comes later, around age 4, when children begin to identify as masculine, feminine or somewhere along that spectrum. 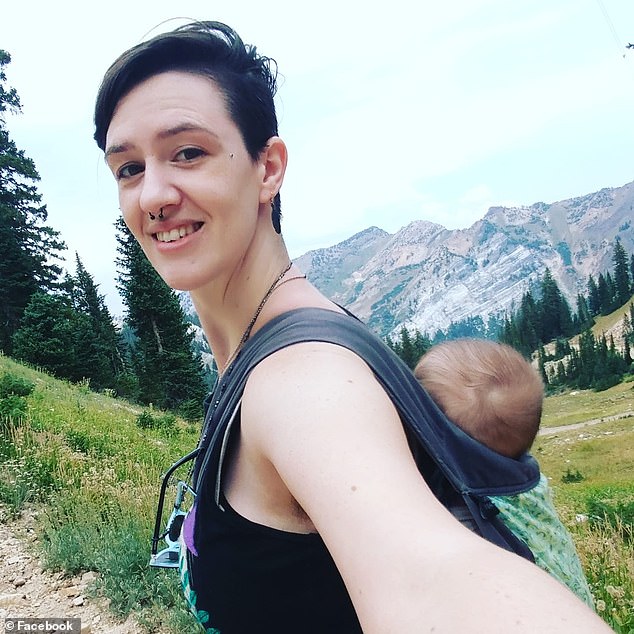