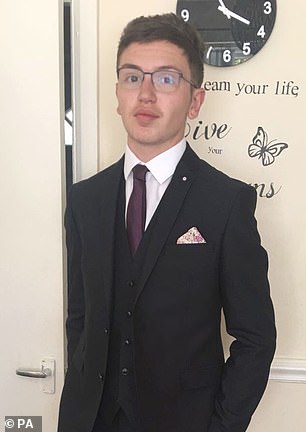 A 17-year-old boy has been charged with murdering grammar school student Yousef Makki in Greater Manchester.

The teenage suspect is accused of killing the aspiring surgeon, also 17, in Hale Barns on Saturday night.

He also faces a charge of possessing a bladed article.

Another boy, also aged 17, has been charged with assisting an offender and possession of a bladed article.

The two defendants remain in custody and will appear before Manchester Youth Court on Wednesday.

The boys cannot be named for legal reasons.

Mr Makki, a pupil at the private Manchester Grammar School, was found dead in the village of Hale Barns near Altrincham on Saturday night.

He died in hospital after police responded to reports that the teenager had been stabbed.

Roman emperor broken marble bust found in a house clearance sells for £160,000
With 'Youngblood,' 5 Seconds of Summer reach new heights
UK economy to slip to 7th biggest in world in 2019 - PwC
Ex-wife and two young sons of late IT tycoon win £2million share of his fortune
The Brit is back! Andy Murray goes 2-1 up as he makes his return to grass
Usain Bolt dons lederhosen for another night of beer drinking fun at an Oktoberfest party in Munich
One dead and up to five hurt in London Bridge knife attack
Commuter chaos with thousands stranded at London's Victoria station