Former Democratic Rep. Beto O’Rourke told supporters on Monday that he favors decriminalizing marijuana in every corner of America.

‘We should end the federal prohibition on marijuana and expunge the records of those who were locked away for possessing it, ensuring that they can get work, finish their education, contribute to the greatness of this country,’ O’Rourke said in a fundraising email.

It’s unclear what he’s fundraising for. The 2018 U.S. Senate candidate who failed to unseat Republican hasn’t entered the 2020 presidential race; he could also challenge Republican Sen. John Cornyn for the other Texas seat in the upper chamber of Congress.

O’Rourke said last week that he had made a decision, but didn’t announce what he has chosen to do. 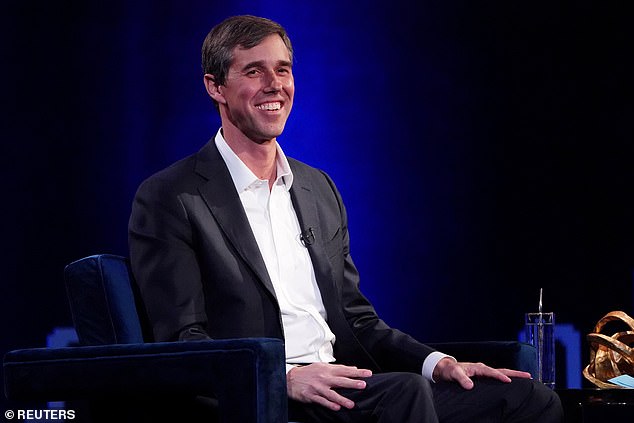 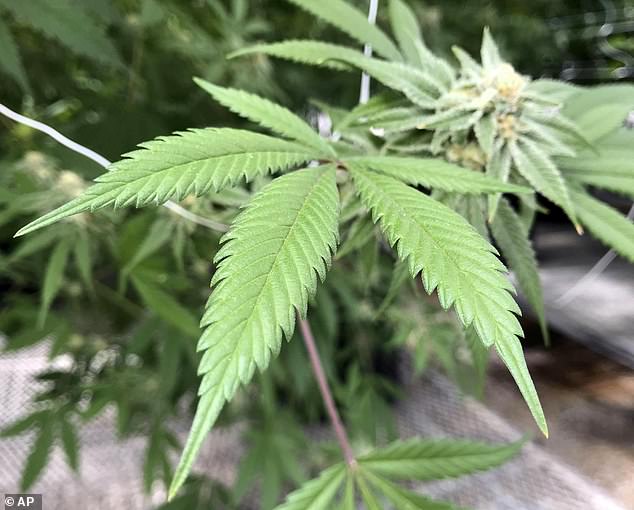 The onetime El Paso, Texas city councilman has called for a dramatic overhaul of marijuana policies before.

He said during an October town hall event that the federal government should ‘end the prohibition on marijuana and effectively control and regulate its sale, and make sure those who need it for medicinal purposes are able to obtain it through a prescription from their doctor.’

That’s already the policy in 33 states and the District of Columbia, where medicinal marijuana use is permitted by law. The drug is fully illegal in the other 17 states, including O’Rourke’s native Texas.

Possession of up to two ounces of weed in the Lone Star State is punishable by up to six months in jail and a $2,000 fine. 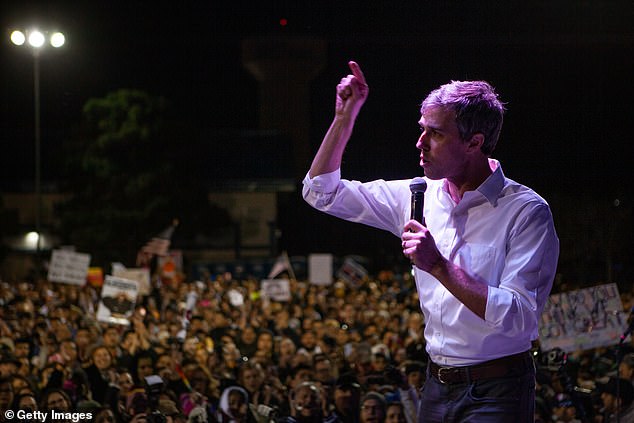 O’Rourke could run for president next year, or challenge Republican Sen. John Cornyn instead 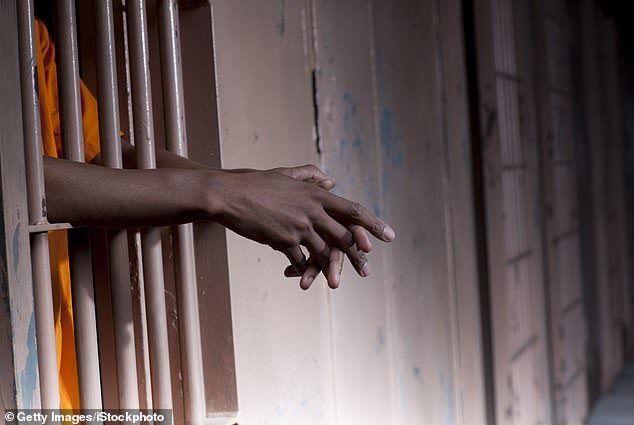 The onetime El Paso, Texas city councilman says black and Hispanic men are jailed disproportionately for drug crimes and more likely to be too poor to post bail while they await their trials

He blasted what he called a ‘school-to-prison pipeline’ that jails black adults and makes their children more likely to be expelled or suspended from school.

‘One in four black children have had a parent in the criminal justice system, compared to just four percent of white children, he wrote.

About one-third of the nation’s prison population, according to O’Rourke, is behind bars for non-violent drug crimes. And they are disproportionately non-white ‘though we know that people of all races use illegal drugs at roughly the same rate.’

‘Many have called this part of the New Jim Crow, and for good reason,’ he added. 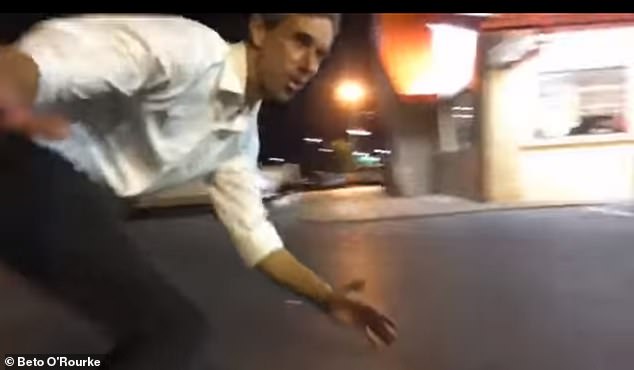 Pot generation: O’Rourke is known as a free-spirited millennial who showed off his skateboarding skills in a campaign video last year

O’Rourke said in his fundraising email that he supports ending the cash bail system for nonviolent drug offenders, which ‘punishes poor people for being poor.’ 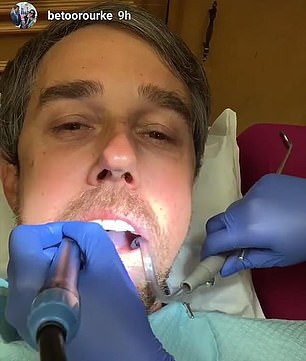 He claimed that between 500 and 600 jailed people in Harris County, which includes Houston, are nonviolent and not a flight risk,. but are being kept in custody until their trials because they can’t afford bail.

All five are declared presidential candidates.

‘Giving low-level offenders a second chance no matter the color of their skin or the economic status they hold can create opportunity for all of us,’ O’Rourke said Monday.

No10 accused of witch hunt over Boris Johnson burqa investigation
Abandoned dog found guarding neighbor's home after Camp Fire
Trump is 'very p***ed off' by ex-aide's tell-all book which lifts lid on White House chaos
World's smallest business jet worth £1.7million is seen in the skies for the first time
Game Of Thrones' Kit Harington GAGS in jest after filming a passionate kiss with BFF Emilia Clarke
Judge sparks outrage for no jail time in rape sentence
Pat Robertson says Trump may lose God's support if he pulls U.S. forces out of Northern Syria
Instagram is down AGAIN and some users think the app is rolling out the update to get rid of likes