This is the shocking moment a masked thug with a knife walks up to pupils outside a college in Lancashire as police arrest six people following the ‘targeted attack’.

Horrifying footage shot from a car parked outside Runshaw College in Leyland, shows a man in a puffer jacket walk from the gate of the college whilst trying to conceal a knife in his jacket.

He appears to reveal the knife to others stood in front of him before taking a step back and walking away. Other footage also shows a car reversing after witnessing the incident, while the passenger of the car screams and shouts ‘drive back now’.

The footage emerged following the incident at the college which resulted in a 17-year-old boy being nicked on the arm. 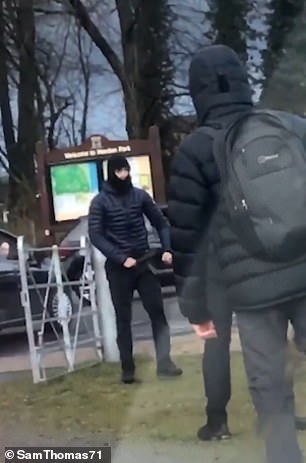 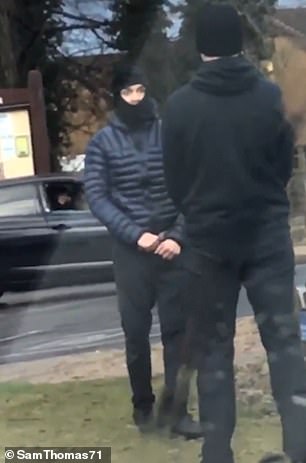 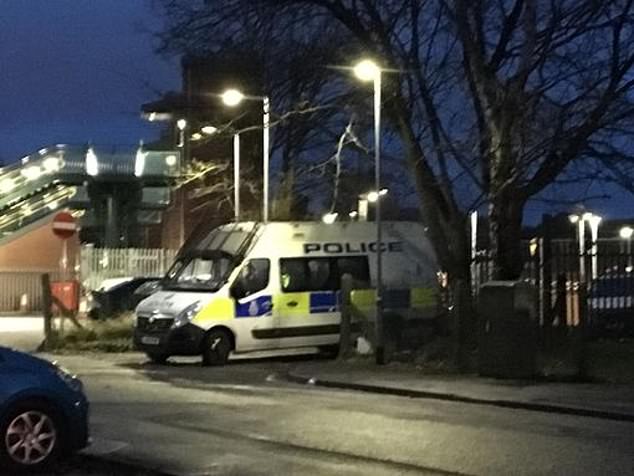 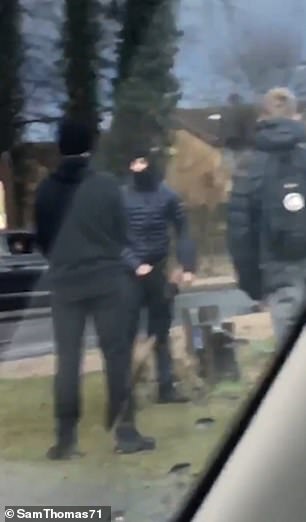 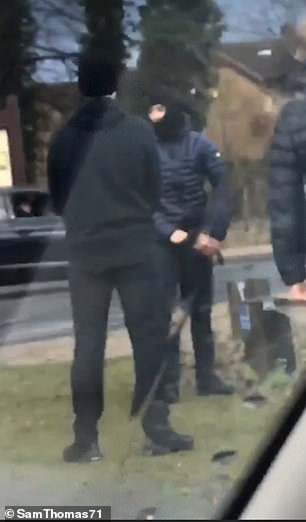 Staff at the college called police on Monday at 10.40am after they received an anonymous report stating a group with weapons were heading to the college by train from Manchester.

Officers were sent to the site and shortly before 4pm they witnessed a group of males walking into the grounds while students were leaving.

Some of the group were seen carrying knives and making threats towards students, said Lancashire Police.

A 17-year-old boy was nicked on the arm during the incident and was taken to Chorley Hospital. 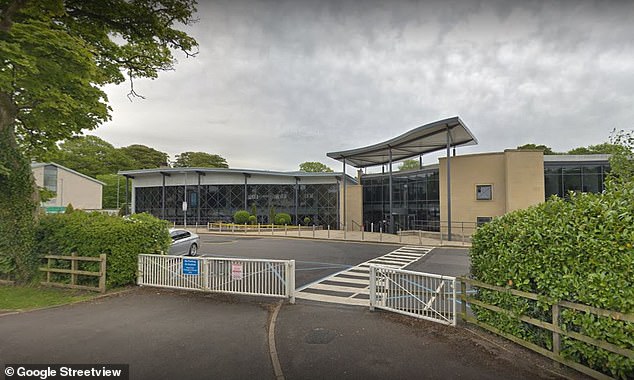 His injury is not thought to be serious. No-one else was injured during the incident, police added.

The group made off from the college when police patrols arrived.

Three people who were inside a parked Nissan Micra close by were arrested. A fourth person who made off on foot was also arrested.

A Peugeot 306 was later stopped on the M55 and a fifth person was arrested in connection with the disorder.

Chief Inspector Gary Crowe, from Leyland Police, said: ‘We believe this was a targeted attack in that we think the group have gone to find someone and a separate student has received a minor injury. This was not a random attack. 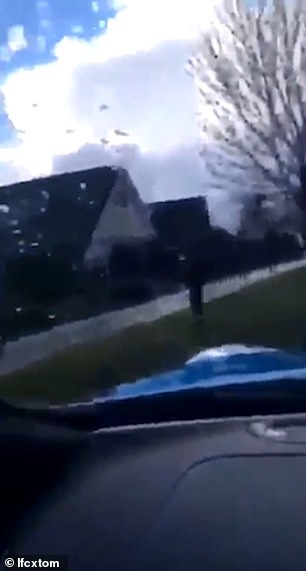 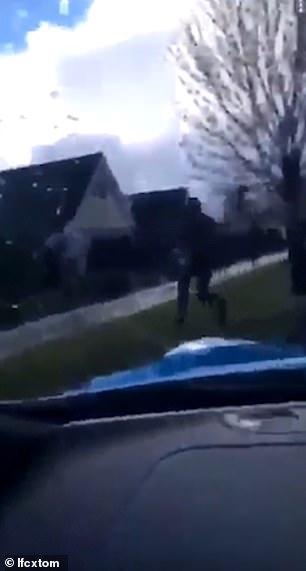 ‘I would like to reassure people that the incident has now come to a close. The safety of the college’s students and staff remains our priority and so we have stepped up patrols in the area and this will continue. We have and will remain in close contact with the college.

‘If you have any information, or any mobile phone footage of the incident, please make contact with us. You can call 101 quoting incident reference 933 of today (March 4).’

British Transport Police authorised the use of Section 60 Stop and Search Powers at Leyland Train Station until 10pm on Monday.

Runshaw College tweeted it would be open on Tuesday as usual for classes.

The biggest Valentine's Day fails of all time
Members of US Women's National Team party in the pool on the rooftop of an exclusive NYC rooftop
Jo Swinson admits she smoked a 'fair bit of cannabis' as a student
Mother reveals she thought her daughter was clumsy until discovering it was a BRAIN TUMOUR
The bark side of the moon! British bulldog puppy Nellie looks just like an astronaut
Coronavirus modelling by Professor Neil Ferguson is branded a mess by experts
Is Government set to scrap plans to reopen schools on June 1 amid huge backlash from unions?
Predator loses Supreme Court battle after claiming vigilante paedophile hunters breached his PRIVACY