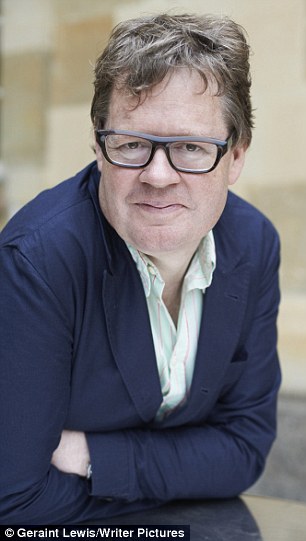 The has been accused of intellectual snobbery after a Radio 4 boss suggested catering to 50-year-olds in Woking was ‘dumbing down’.

Arts chief James Runcie told its Feedback programme that the station can deal with ‘highbrow’ subjects in a simple manner.

But he emphasised his point by citing Dame Hilary Mantel, the Wolf Hall novelist whose works have been broadcast on Radio 4 – and who formerly lived in Woking.

‘I think you can have a highbrow programme as long as it is explained clearly and produced clearly and has proper signposts in it. I mean, Hilary Mantel doesn’t dumb down in her novels. She doesn’t write for 50-year-olds in Woking,’ he said.

His remarks angered residents of the Surrey town, who yesterday accused the BBC of ‘patronising’ and ‘insulting’ licence fee payers. 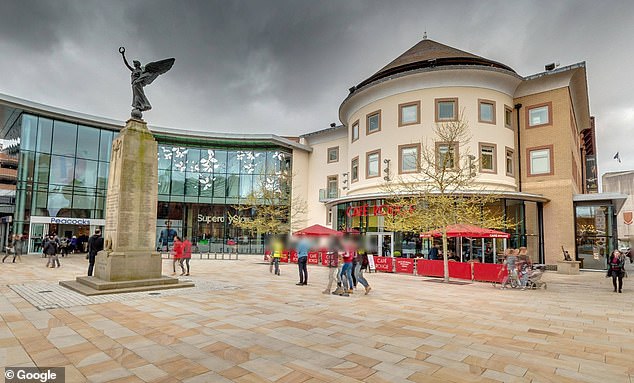 ‘They just can’t seem to keep their prejudices to themselves. If memory serves, Hilary Mantel was herself a 50-year-old in Woking when she wrote some of her most successful books, so this particular outburst seems peculiarly inept and inapt.’

Janice Parker, a Woking resident who will be 50 in two weeks, said: ‘It’s a very patronising thing to say.

With an artistic history including Martian invaders, afternoon TV favourite Countdown and the Nobel Prize for literature, Woking is no cultural wasteland.

Wolf Hall author Dame Hilary Mantel has written about her love of going to the theatre there and attending lectures at the Surrey History Centre in the town when living in Knaphill on the outskirts.

She said it gave her ‘the chance to see opera and ballet as well as plays, without going into London’.

HG Wells’s move to Woking in 1895 aged 28 inspired some of his greatest works, including The War Of The Worlds, in which the suburb of Horsell Common is the location for the start the invasion of Earth by Mars.

In his 18 months there he also wrote The Invisible Man, completed The Island Of Dr Moreau and published The Wheels Of Chance.

Singer Paul Weller was born and raised in Woking. It was there that he formed his first band The Jam, which had hits in the late 1970s and early 1980s including The Eton Rifles and Going Underground.

Author Kazuo Ishiguro won a place at Woking County Grammar School after his parents moved from Japan. Ishiguro won the Booker Prize in 1989 for The Remains Of The Day, and the Nobel Prize for literature was in 2017.

TV quiz Countdown’s ‘queen of Dictionary Corner’ Susie Dent was born in Woking. She went on to study at Oxford University before becoming the show’s resident lexicographer.

‘I might not go to the opera every weekend or listen to every radio arts show but to say that a programme would have to be simplified for the likes of me to understand… it’s incredibly insulting.’

Web designer Ryan Thompson, 53, said: ‘It is appalling. How dare he describe a group of people who live in a town full of arts and culture as not being cultured enough to understand arts programmes? We don’t need anything to be ‘dumbed down’ for us.’

Samantha Coburn, 59, who moved back to the town four years ago after living in London, said: ‘I listen to Radio 4 all the time and have no trouble understanding their programmes. Maybe if Mr Runcie bothered to visit Woking he’d think twice before making comments.’

The BBC said Mr Runcie did not ‘intend’ to offend Woking residents.

A spokesman said: ‘James compared making high quality arts programmes for a wide audience to how Hilary Mantel writes for more than just those who might be expected to read historical fiction, referencing Woking residents in this context. Any other interpretation is not what James intended.’

Mr Runcie’s comments come as the BBC faces pressure to serve a broad range of audiences, and not just the so-called ‘metropolitan elite’.

The broadcaster has been warned by Ofcom that it must do more to cater to all licence fee payers, amid growing concerns that too many of its bosses are privileged Oxbridge graduates.

Mr Runcie, whose father was the Archbishop of Canterbury Robert Runcie, certainly falls into that category. He went to the renowned Dragon School in Oxford, then Marlborough College and Cambridge University.

He now describes himself as a ‘man of letters’, dividing his time between his job in charge of Radio 4’s arts coverage – which he does only two days a week – and a parallel career as a novelist.

He is best-known for his Grantchester books, about a clergyman detective, which have been dramatised on ITV.

In the Feedback interview Mr Runcie said he ‘cannot stand it when arts programmes sound like an Islington dinner party’. 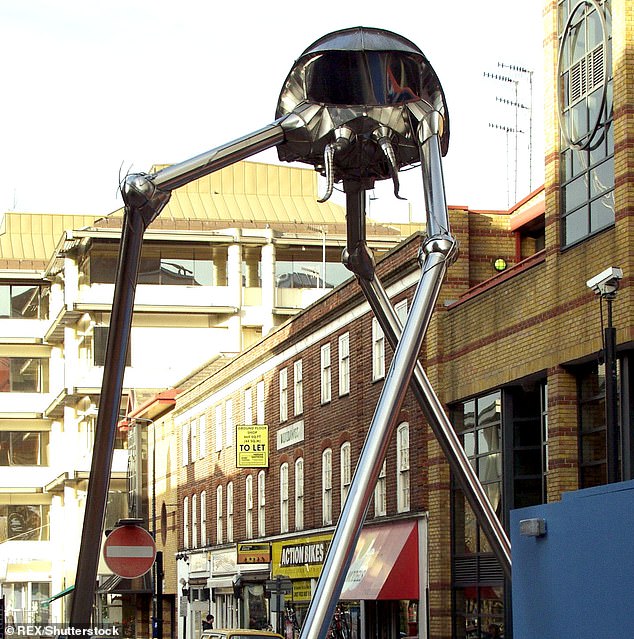 ‘The Martian’ by Michael Condron in Woking. HG Wells wrote the story while living in the town 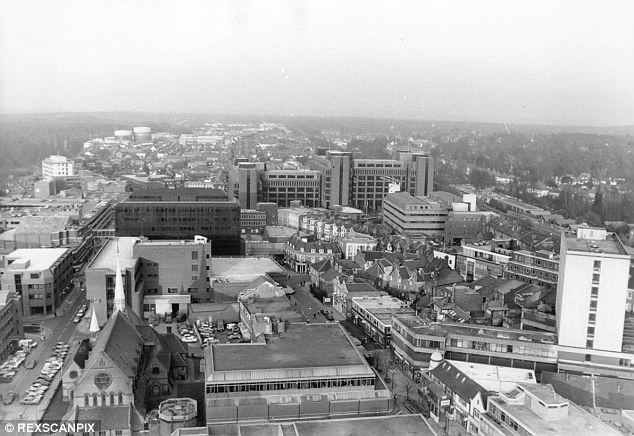 Woking town centre is pictured in 1987. Mr Runcie’s comments come as the BBC faces unprecedented pressure to serve a broad range of audiences

He added: ‘There is a high danger of people in the arts talking nonsense, and I don’t want to sound like one of them but obviously I am artistically engaged in the world and in the creative process.

He said he goes to ‘very few’ Islington dinner parties because he lives in Fife in Scotland.

The BBC confirmed that he goes to the office in person to do his job. It is understood that he stays with family in the capital.

England legends Gary Lineker and Peter Shilton clash over Brexit
UK concludes it can mitigate risk from Huawei equipment use in 5G
Meghan Markle is pictured out in New York City as she prepares to attend baby shower
Police hunting missing student Libby Squire, 21, find body in Humber Estuary
Comedian Jack Whitehall shocked to discover his ancestor was an anti-democracy campaigner
Boy, 16, is arrested on suspicion of murdering mother-of-two Lindsay Birbeck
Chancellor Sajid Javid vows to increase the National Living Wage to more than £10 per hour
Are YOU smart enough for Scotland Yard?