Her love of luxury is a family trait.

And joked ‘ I feel like ‘ as she lived it up on camera for a new advert.

Pouting away, the mom-of-one hopped on top of her Mercedes G-wagon to pose, surrounded by luxury designer bags. 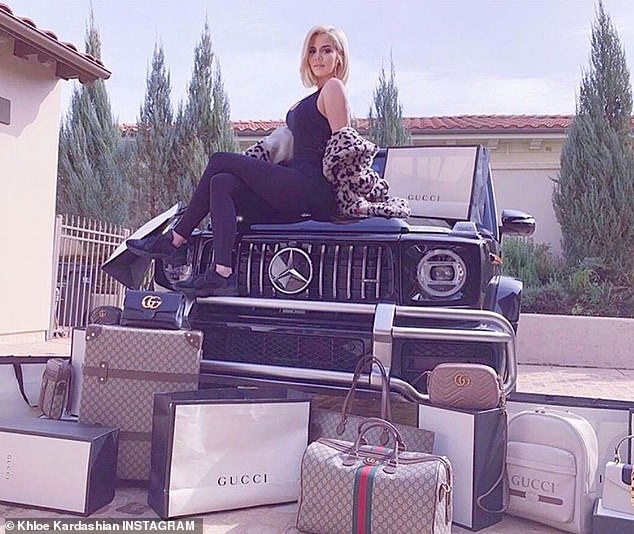 Poser: Khloe Kardashian jokes ‘I feel like Kris Jenner’ as she sits on a car surrounded by designer bags

The 34-year-old, who was filming an ad, pulled her fake fur coat off her shoulder, to pose in black skinny pants and a figure-hugging tank top.

The advert was to promote a giveaway, with Khloe’s followers having to follow an account to win.

After a rough week, it seems it’s back to business as usual for Khloe, who gets paid huge amounts to promote brands to her 88.5million Instagram followers.

She is now single, following last week’s sensational break-up with Tristan Thompson, the father of her ten-month-old daughter, True. 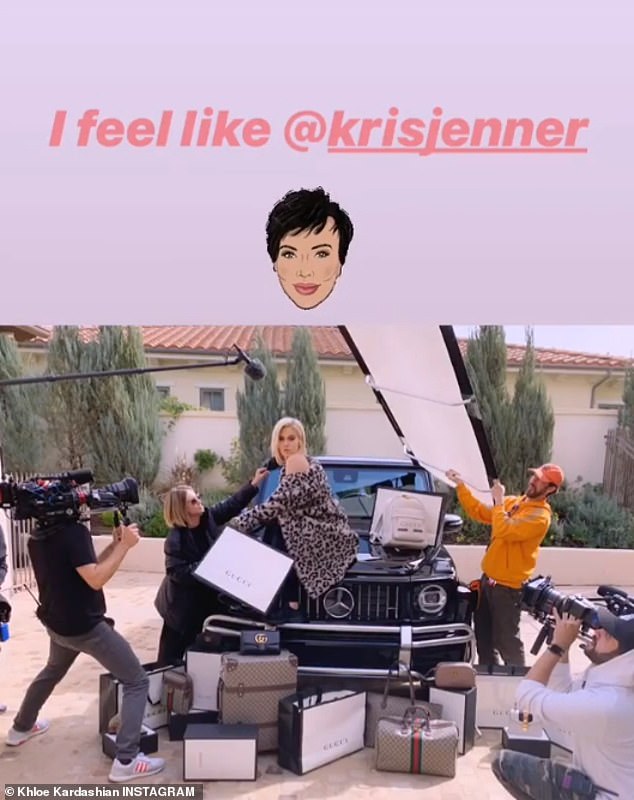 Mom life: Khloe joked ‘ I feel like Kris Jenner’ as she lived it up on camera for a new advert

While a furious Khloe had at first accused Jordyn of ‘breaking up’ her family, she later admitted Tristan, 27, was to blame.

The reality star spoke out after Jordyn admitted to the make out session of Jada Pinkett Smith’s Red Table Talk.

Khloe had first tweeted: ‘Why are you lying @jordynwoods ?? If you’re going to try and save yourself by going public, INSTEAD OF CALLING ME PRIVATELY TO APOLOGIZE FIRST, at least be HONEST about your story. BTW, You ARE the reason my family broke up!’ 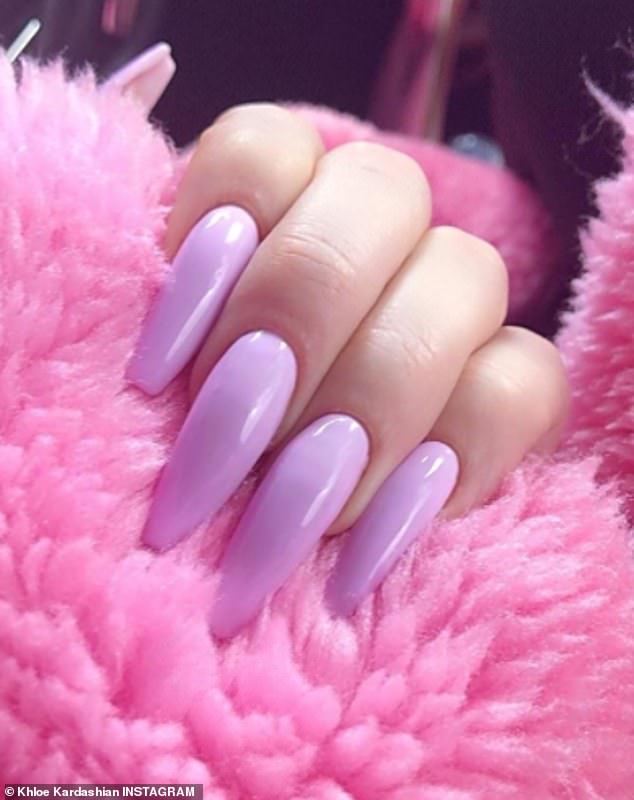 But the Keeping Up with the Kardashians star then decided it was unfair of her to blame Jordyn, when it was Tristan who betrayed her.

In a new series of tweets, Khloe wrote: ‘This has been an awful week & I know everyone is sick of hearing about it all (as am I). I’m a rollercoaster of emotions & have said things I shouldn’t have.

‘Honestly, Tristan cheating on me & humiliating me, wasn’t such a shock as the first time. What’s been harder & more painful is being hurt by someone so close to me. Someone whom I love & treat like a little sister. But Jordyn is not to be blamed for the breakup of my family. This was Tristan’s fault. 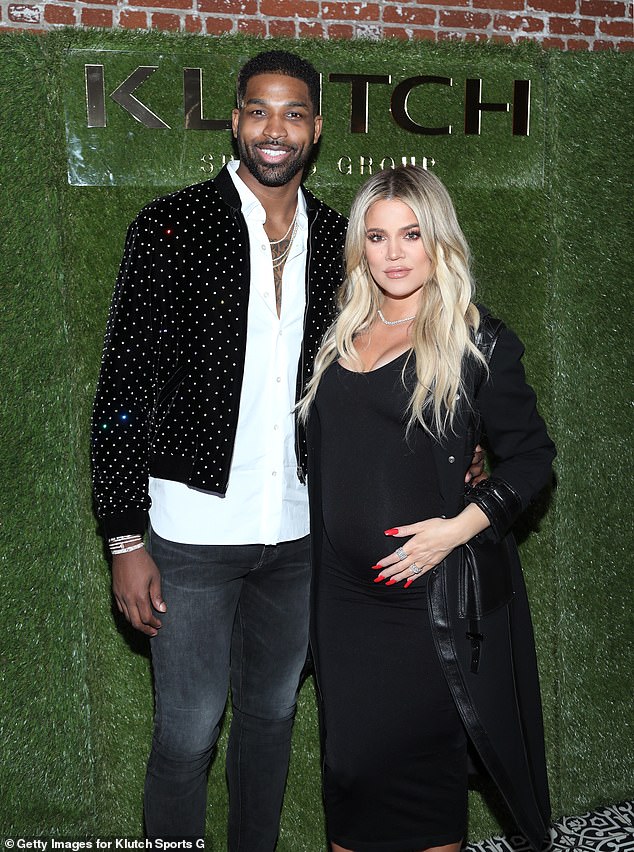 Betrayed: Tristan Thompson with a pregnant Khloe last year; the two have now broken up

‘I have to move on with my life & count my blessings, my family, my health, & my beautiful baby True.’

Previously, Khloe had added that she wasn’t publicly hitting out at Tristan because he was handling the situation ‘privately’.

Khloe tweeted earlier this week: ‘Tristan is equally to blame but Tristan is the father of my child. Regardless of what he does to me I won’t do that to my daughter. He has been addressing this situation PRIVATELY. If Tristan were to lie publicly about what conspired, then yes I would address him publicly as well.’