She has experimented with her style over the years.

The 27-year-old went braless as she tried on a chic black blazer in the fitting rooms at Acne Studios in Sydney. 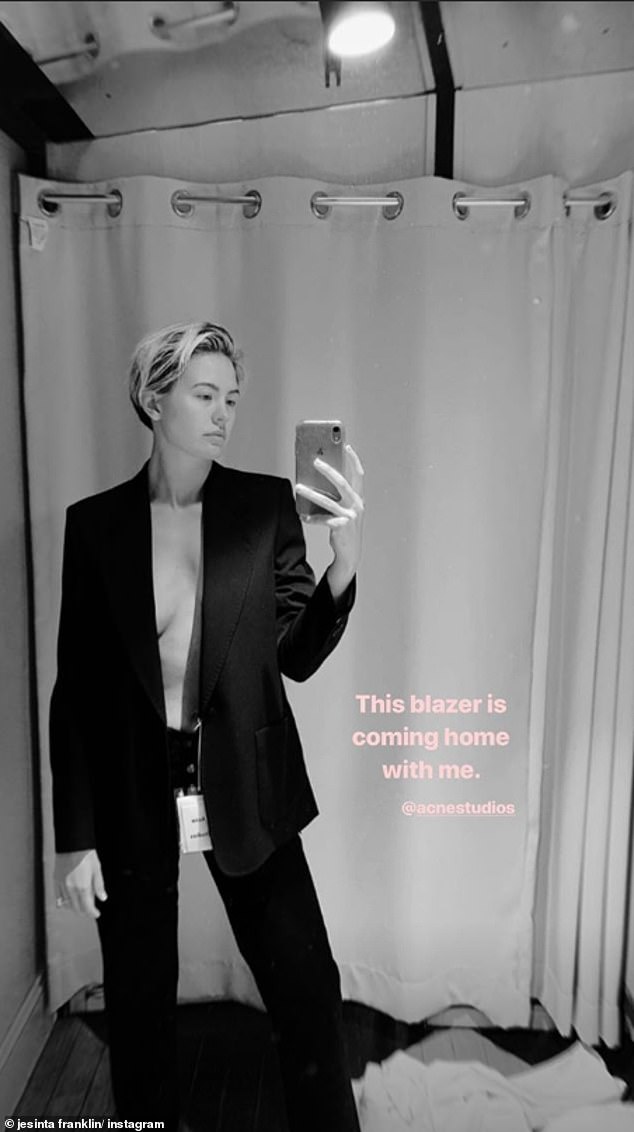 Taking the plunge! Jesinta Campbell showed off her cleavage and toned stomach as she went braless in a staple blazer during a fitting at Acne Studios in Sydney on Tuesday

Taking to Instagram to share the new outfit with her fans, the wife of Sydney Swans star, Buddy Franklin, wore the jacket open, showing off a glimpse of her cleavage and toned stomach.

She completed the ensemble with a pair of boot leg jeans.

‘This blazer is coming home with me,’ she captioned the photo. 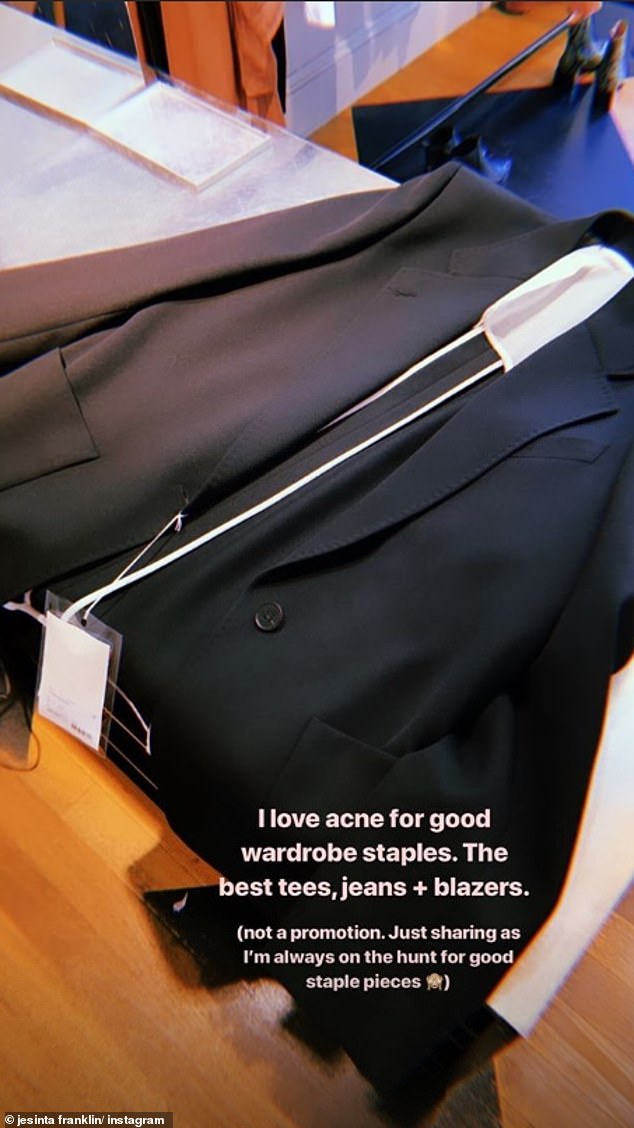 Shopping day: Another picture on her Instagram story showed Jesinta buying the blazer

Another picture on her Instagram story showed Jesinta buying the blazer.

The beauty added that her footage wasn’t a promotion, but she was simply sharing as she is ‘always on the hunt for good staple pieces’.

Meanwhile, Jesinta recently revealed she and husband Buddy were taking a relaxed approach to having children.

Speaking to the , Jesinta said: ‘We’re just leaving it up to the universe and whatever happens, happens. 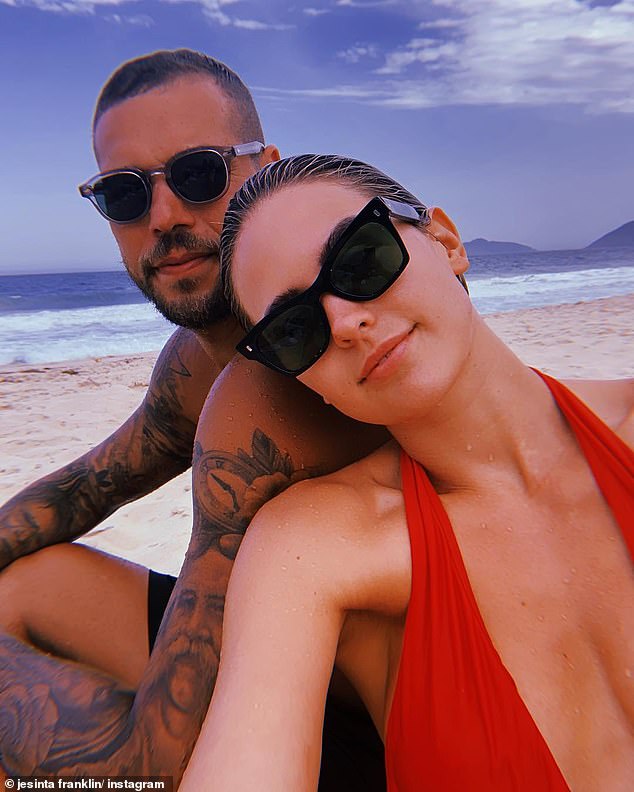 Growing family? Meanwhile, Jesinta recently revealed she and husband Buddy were taking a relaxed approach to having children

‘There’s a lot in our life that has to be so planned so I think the big moments in life happen when they’re meant to happen. There’s a reason for everything.’

The AFL WAG added that she would ‘never’ ask a woman about pregnancy or whether they have children as you can’t know what other women have gone through.

‘I think it’s a really sensitive topic and people have to be aware that there can be a lot going on in people’s lives,’ she said.