A terrified family have captured creepy footage of what they believe to be a ghost running in the back garden of their home.

Mum-of-two Amanda Papadopoulos, 39, is certain she has spotted specter on security footage outside their new home, which used to be a Victorian school.

Eerie footage, they claim, shows the night-time wanderings of a pale ‘child ghost’ on the grass of Mrs Papadopoulos’ garden in Eagle, Lincolnshire.

The object, which appears to have feet, is seen darting across the lawn, and appears to be almost see-through.

It paces up and down the garden and then across what appears to be a shed.

The shape then suddenly fades, only to reappear at the back door of the house, standing right up against the door before vanishing from sight.

It is believed the object was on video in the garden for approximately two hours, starting at 11.30pm. 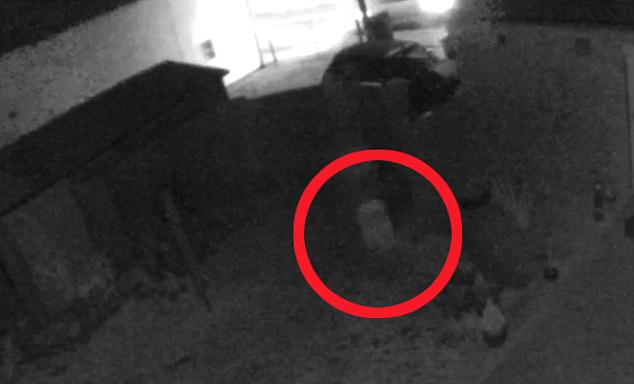 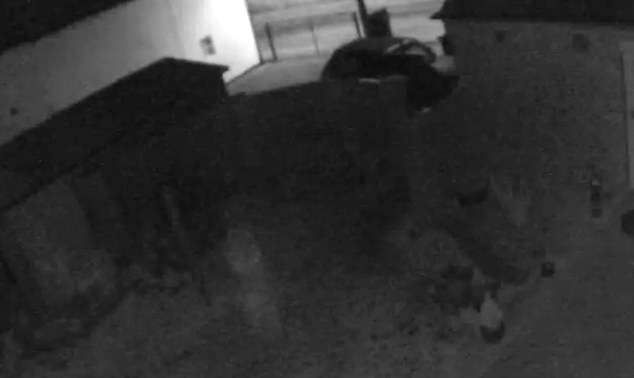 When she went to review the footage, a small white blob can be seen wandering across the back garden, which Mrs Papadopoulos described as a ‘child ghost’

‘It’s not every day you pick something like that up onscreen. I was like “Oh my god, let me look at that again”,’ she told the Sun.

‘I don’t want to look at it too much. My husband think it’s fantastic whereas I’m a bit more [scared].’

Mrs Papadopoulos only checked the footage after receiving a notification from Nest, the security company that made the camera, to say something had been moving in the garden.

She thinks the ghost may be angry because of refurbishment work they’ve done on the house, which was originally built in 1903.

The isn’t the first time Mrs Papadopoulos and husband Paul have heard things go bump in the night, claiming to have woken to soldiers marching as well as the sound of children. 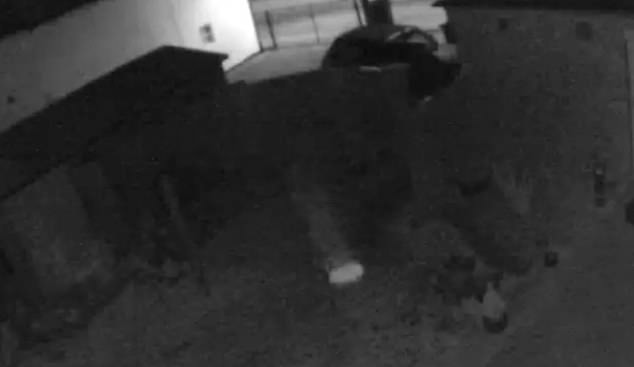 The weird translucent object was didn’t cast a shadow against the light, and appeared to have an outline that included feet 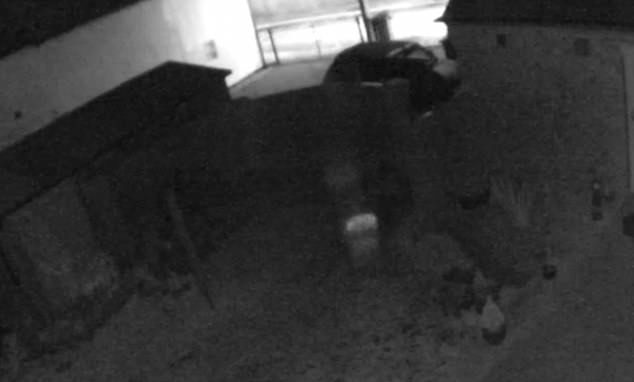 At the end of the footage the ghost-like object makes its way to the back door of the Victorian house, before vanishing completely. Mrs Papadopoulos says that around the time the ghost disappeared her daughter also woke up