has been branded ‘delusional’ after insisting there was ‘no direct correlation’ between Britain’s wave of knife crime and the police cuts which began while she was Home Secretary.

The Prime Minister has been accused of contributing to the rise in violent crime by presiding over cuts to police numbers and youth services.

The head of the Police Federation said policing had been ‘stripped to the bone’ and suggested rising crime was the ‘true cost of austerity’.

Mrs May rejected a link but the union boss called her ‘delusional’ and said she was ‘steadfastly refusing to acknowledge what is plain for everyone else to see’.

It comes amid renewed focus on Britain’s knife crime epidemic after two 17-year-olds were stabbed to death within 24 hours. 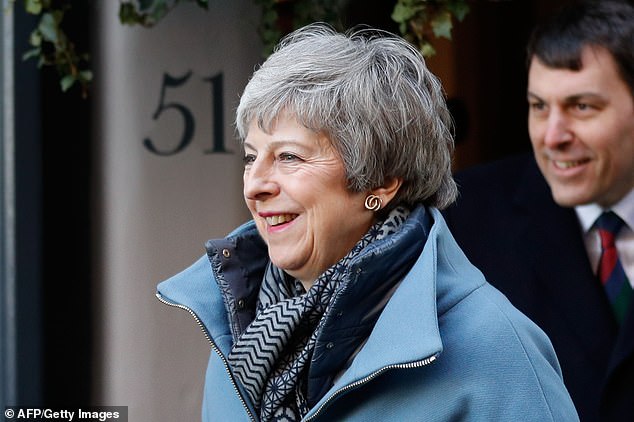 Prime Minister Theresa May, pictured today in Salisbury, has been branded ‘delusional’ after rejecting a correlation between rising knife crime and cuts to police forces 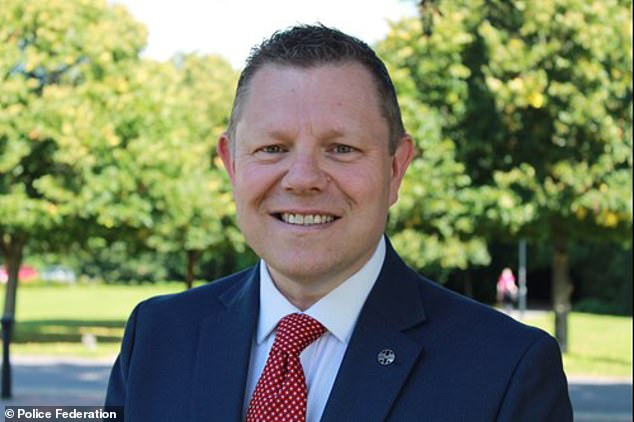 Speaking during a visit to Salisbury to mark a year since the Novichok attacks, Mrs May said there was ‘no direct correlation between certain crimes and police numbers’.

She went on: ‘What matters is how we ensure that police are responding to these criminal acts when they take place, that people are brought to justice.

‘But what also matters is, as a Government, that we look at the issues which underpin, that underlie, this use of knives and that we act on those.

‘A lot of this is gang-related, some of it will be drugs-related, there are a wide variety of issues that need to be addressed here and that’s what the Government is doing’.

Girl scout Jodie Chesney, 17, was murdered in cold blood in Romford on Friday night by an attacker who marched up and knifed her in the back.

Police today admitted they have ‘no idea’ why the teenager, who had appeared on the BBC and posed in Downing Street, was targeted. 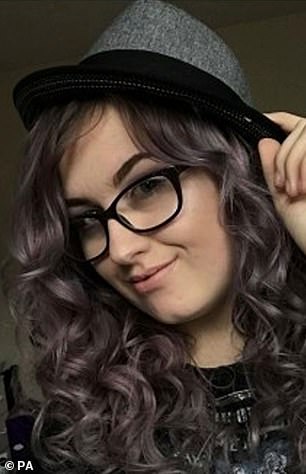 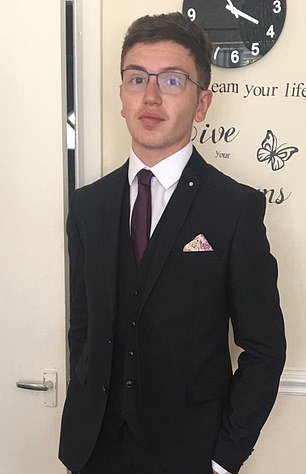 Victims: The knife crime epidemic has been thrown into renewed focus this week by the killings of two 17-year-olds, Jodie Chesney (left) and Yousef Makki (right)

On Saturday night Yousef Makki, a pupil at the private Manchester Grammar School, was stabbed in a wealthy Greater Manchester village.

Two 17-year-old boys have been arrested on suspicion of murdering Yousef, who hoped to become a heart surgeon.

John Apter, national chairman of the Police Federation of England and Wales, slammed the PM for denying a link to the Tories’ post-2010 austerity policies.

He said: ‘Our Prime Minister is delusional, steadfastly refusing to acknowledge what is plain for everyone else to see, and in the face of a national crisis that is deeply concerning.

He said: ‘Policing has been stripped to the bone and the consequences are clear, splashed across newspaper front pages and TV news bulletins – children being murdered on our streets.

‘This is the true cost of austerity that we warned of but were ridiculed for doing so. Theresa May herself accused the Police Federation of crying wolf when we highlighted our concerns.

‘Those concerns have become a reality but still the Prime Minister fails to accept the harsh truth.’

'I've connected with one in every of my mates': Love Island's Grant Crapp GAY intercourse confession
Woman shares hilarious behind the scenes aftermath of her glamorous skating action shot
Iranian man, 33, and 24-year-old Brit are arrested on suspicion of smuggling migrants to UK
ITV News Security Editor reveals why his on air meltdown sends a warning to all diabetics
'Brexit remains a major drag on activity in the housing market': Prices sluggish and queries down
Mother shares her three-step cleaning hack that will leave your greasy oven doors sparkling new
Visitors get glimpse into Harry and Meghan's lives as Frogmore House throws open doors to public
Balaclava-clad thugs beat-up and rob couple after they travelled 190 miles to buy Mercedes from Ebay