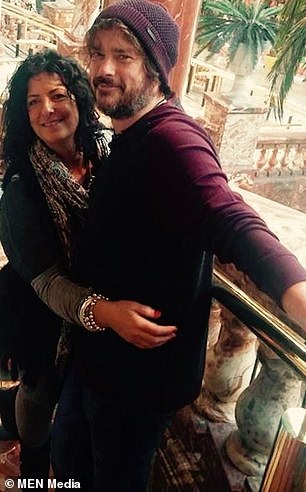 A domestic violence survivor has spoken out about the eight-year campaign of abuse her husband unleashed.

Helen Hayes, 49, says she never imagined that she would become a victim because she was a ‘middle-class’ woman working as a director at blue chip firms.

But husband Andrew Lever, 50, from Stockport, Greater Manchester, throttled her and threatened to kill her autistic son.

Ms Hayes hopes to help women stand united against abusers after her estranged husband was spared jail at Chester Crown Court on February 15.

‘I want people to stop thinking ‘this will never happen to me’,’ she said. ‘It can happen.

‘I thought this would never happen to me because I’m a strong woman who has good, middle-class jobs, a middle-class life – all of that,’ she said. ‘I was wrong.’

She met Lever when they were at neighbouring schools in Stockport and he became her first boyfriend.

They split as teenagers before Helen married, had a son with autism and was widowed – all by the age of 34.

When Lever, a jeweller, came back into her life they both ‘had baggage’, she says. He was divorced and had a son from that marriage. She was still mourning her husband.

‘I married and was widowed in 2004,’ she said. ‘I was 34 and my husband Dave Hayes was 39. He died of a brain hemorrhage. Andrew was getting divorced and he got in touch with me. It was nice.’

The couple married in 2009 and moved into a home in Wilmslow together, enjoying Caribbean holidays, expensive cars and a boat. 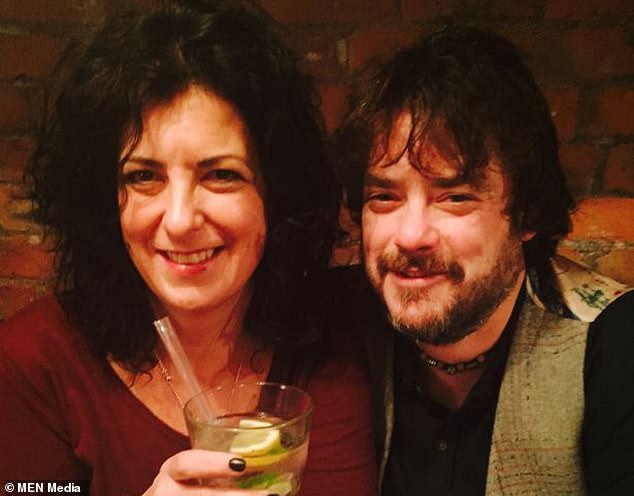 Ms Hayes (pictured with Andrew Lever) says her former partner controlled and assaulted her, even spitting in her face

But she says his ‘moods governed and controlled the entire house constantly’ and says it grew from there, morphing into violence.

‘Before you know it, it’s inside you,’ she said. ‘You shut down. You shut your family out, you shut your friends out.’

It was in October 2010, while the couple were on a caravan holiday to Anglesey, when Lever violently attacked his wife for the first time.

He spat in her face and headbutted her, leaving her with two black eyes and a lump ‘like a giant horn’ on her forehead after a disagreement about socks. The attack occurred metres from where their children, both aged 10, were sleeping.

Ms Hayes was left in such pain that she couldn’t pull a jumper over her head after the drunken assault, during which he grabbed her by the throat and said: ‘F****** stupid bitch, you f****** can’t get anything right.’ 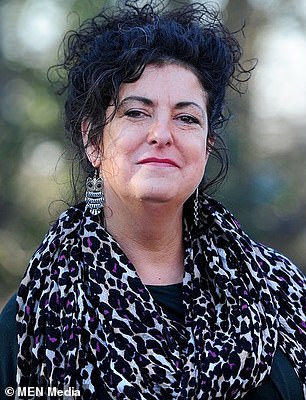 He threw Helen onto the sofa, pinned her down and throttled her to the point where she lost consciousness. When she came to, he again called her ‘f****** stupid’, opened his mouth and dribbled spit into her face.

He told her he was ‘worthless’ and claimed he was going to kill her then heabutted her when she bit his lip in terror.

After, Ms Hayes begged Lever to leave – but he stayed at the caravan and apologised in the morning.

‘I thought I was going to die,’ she said. ‘My only thought was “I’m going to die and I have two children here”. As he bent over I bit his bottom lip and he smashed his head into mine.’

Lever admitted the attack, prosecuted as an assault causing actual bodily harm, along with three other violent offences admitted by Lever during a hearing at Chester Crown Court earlier this month.

He also admitted criminal damage and two separate section 39 assaults – one on Ms Hayes and one on her son, who was aged 17 at the time.

Ms Hayes says it was during an attack on Boxing Day in 2017 that she realised she ‘could not fix’ him.

Lever shoved his wife into a wall after dragging her to her then 17-year-old son’s bedroom to show her a dirty cereal bowl he’d found there.

As Ms Hayes tried to calm him down, Lever ‘reached an explosion point’ despite having had two courses of counselling. He shoved her hard, causing her to fall into the wall. Violence broke out again just two weeks later, in the early hours of January 10, 2018.

Ms Hayes called 999 for the first time when Lever grabbed her son, threw him and said ‘I’m going to f****** kill you, you c***’ after claiming he could smell cannabis.

The youngster hit his head on the corner of the bed and Lever got on top of him, ‘gripping’ him by the throat as the boy pleaded for him to stop.

He then picked up a television, snapping cables, and hurled it at his stepson, who fled from the house, followed by Lever.

That night, which led to Lever being arrested, brought Helen’s experience out into the open.

Ms Hayes says she will ‘never be the same person again’ and that the hardest part was telling her family about her ordeal.

‘My dad has been in hospital only once before,’ she said. ‘He’s 81 this year and he had to have a double valve replacement because I broke his heart.

A former communications director for firms including AstraZeneca and the Health and Safety Executive, Ms Hayes was also head of employee engagement at Virgin Media. 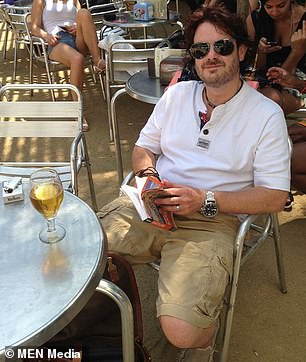 ‘I want to get back to work,’ she says. ‘But up until recently I had a pendant around my neck so I could contact the police. That properly reduces you.’

Lever was spared prison at Chester Crown Court on February 15 and handed a 17-month suspended prison sentence and ordered to carry out 120 hours of unpaid work.

The judge also imposed a 10-year restraining order preventing Lever from any contact with Ms Hayes and her son.

Branding her ex an ‘utter, utter bully’ and a ‘coward’, she said that he was unwilling to change despite three separate courses of anger management.

A 2016 report by the Office of National Statistics found 27.1 per cent of women had experienced domestic abuse since the age of 16, with 77 per cent of female domestic homicide victims killed by a partner or ex-partner.

Ms Hayes is calling for women to unite against domestic abuse, saying: ‘Women sometimes do each other down.

‘We need to shut up about “he hit you once” or “he hit you five times”. It doesn’t matter – it greys the agenda.

‘What we should be doing is holding hands and supporting each other. It should not happen full stop.

‘Silence kills. It does not matter how many times it has happened. Just get out. Otherwise you will be leaving in a wooden box.’

Lever said he was ‘desperately sorry’ for what he did but stressed the first attack was ‘eight years ago’. He declined to comment further.