Hundreds of Balinese workers are out of a job after the hotel they worked at was bulldozed to make way for a Trump resort.

‘s company knocked down the Pan Pacific Nirwana, near the popular Tanah Lot Temple, to make way for the six-star resort 18 months ago.

However, construction has not yet started on the luxury golf club and hotel and the 108-hectare site is just a patch of grass and dirt. 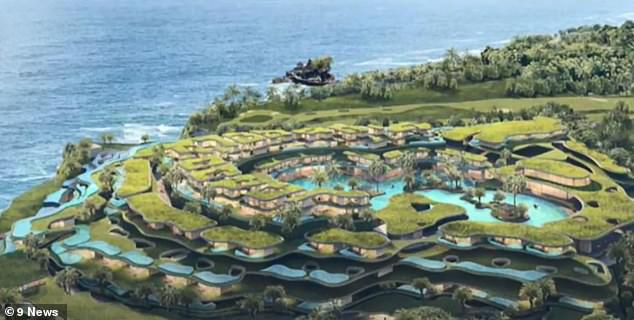 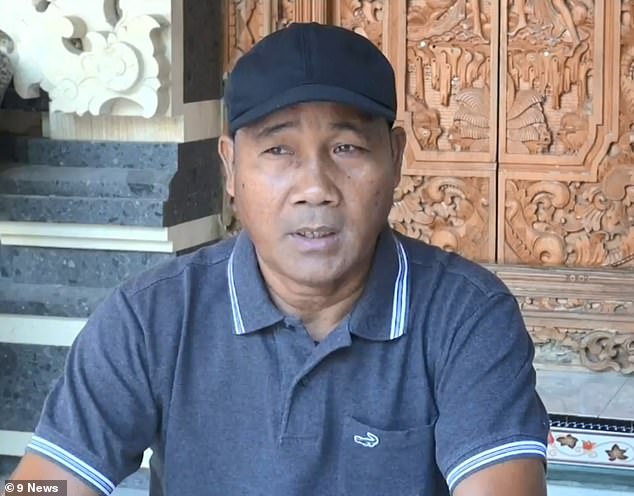 Ketut Sujana, 54, said he and more than 800 workers who were employed at the old hotel claimed they were promised jobs at the Trump resort and are now broke

More than 800 workers who were employed at the old hotel claimed they were promised jobs at the Trump International Hotel and Bali Tower and are now broke.

‘I lost my job without any plan for the next picture… two years already there’s nothing activities there, everything there flat,’ Ketut Sujana, 54, told 9 News.

Without the promised job he has had to dip into his pension, sell his car, and borrow money from family and friends to make ends meet.

Restaurant worker Ketut Juliariani said without the hotel, other local businesses were struggling as it was the main employer in the neighbourhood. 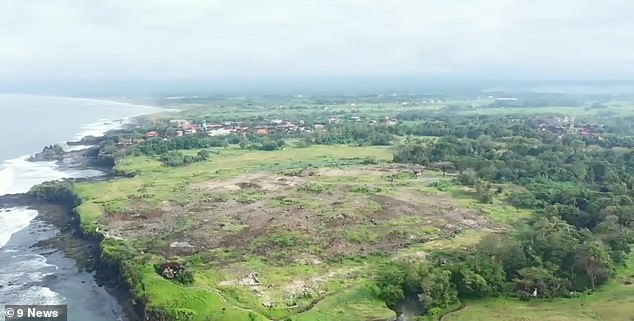 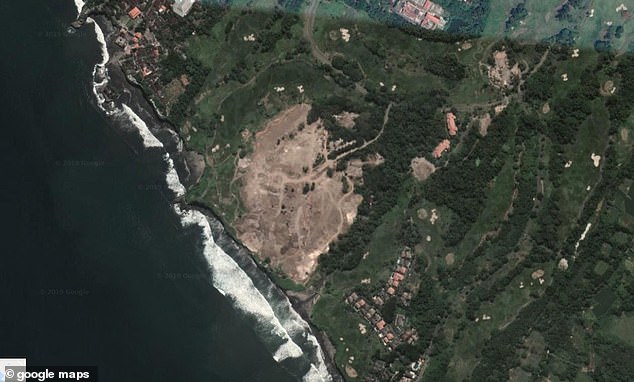 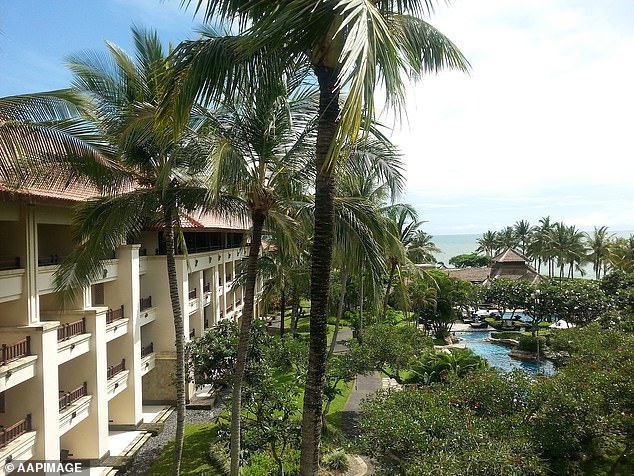 ‘At the moment, we are still in the early development stage and won’t be able to share any information and do interviews yet,’ his company MNC Land said.

Beraban Village traditional affairs chief Made Sumawa called on President Trump and the developers to hurry up and begin construction.

‘The people, Bereban village, support to build Trump hotel because the people want the job in hotel,’ he said. 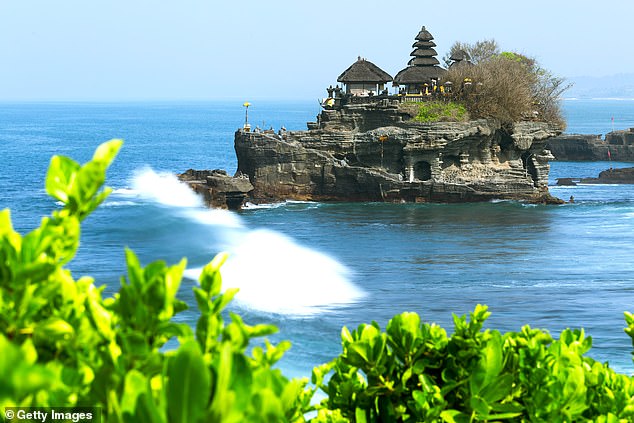 The Trump Administration is relaxing regulations on self-driving cars
Investor calls Alexandria Ocasio-Cortez 'financially illiterate' for her role in Amazon deal
Lawyer who is helping Kim Kardashian get a law degree speaks out
IAN BIRRELL'S gripping dispatch from the streets of Hong Kong
'I've said all I want to say about that': Boris Johnson quizzed about alleged affair with ex-model
Twitter users are sharing the stomach-churning side dishes their families serve on Thanksgiving
Nancy Pelosi was caught on camera PRACTICING 'the rip heard round the world'
Expert reveals why 'washed' lettuce has almost 10 times the bacteria of loose leaves