The Duke of Cambridge is the President of the Football Association and would be expected to present the trophy to the winners of the Final on May 18.

But I can reveal that this year’s royal wedding is to be held on the same day.

Lady Gabriella Windsor, whose father Prince Michael of Kent is a beloved first cousin of the Queen, has chosen May 18 as the day she will marry businessman Thomas Kingston at St George’s Chapel, Windsor. 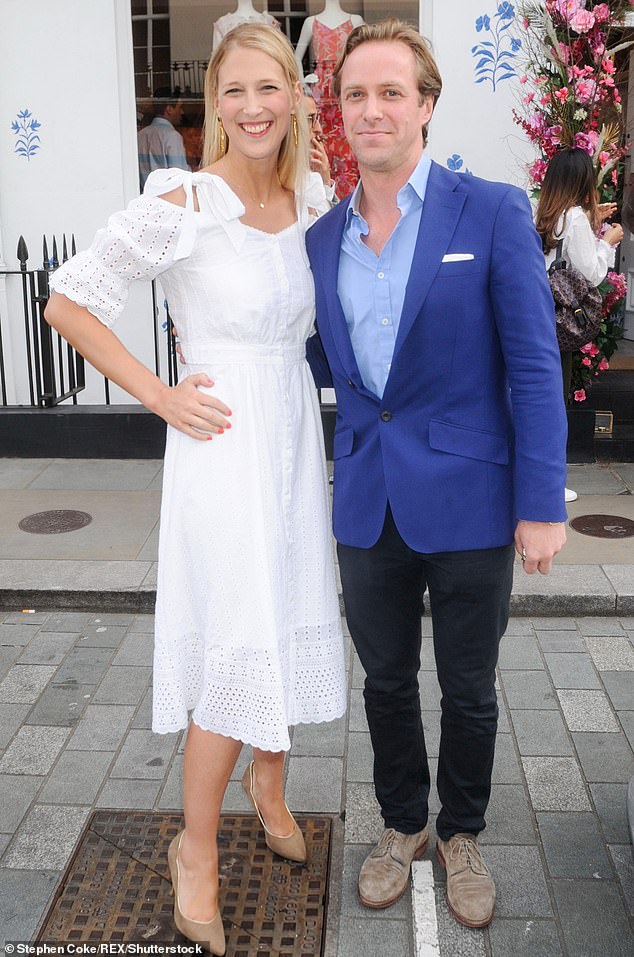 Lady Gabriella Windsor has chosen May 18 as the day she will marry businessman Thomas Kingston at St George’s Chapel, Windsor

The Queen is among those expected to attend the wedding.

‘Poor William, it will give him another headache,’ a courtier tells me. Ella Windsor attended William’s wedding in 2011 and he would want to return the compliment.

Keen football fan Wills had to skip the match between Chelsea and Manchester United, leaving Jackie, the widow of England star Ray Wilkins, to present the trophy.

When Meghan Markle was pictured kissing Prince Harry before she presented him with the winners’ trophy at the Audi Polo Challenge, it confirmed the event’s central place in the royal social and sporting calendar.

However, I can disclose that this year’s charity tournament is not expected to go ahead amid claims that Audi was asked to increase massively its donation to good causes supported by the Prince. 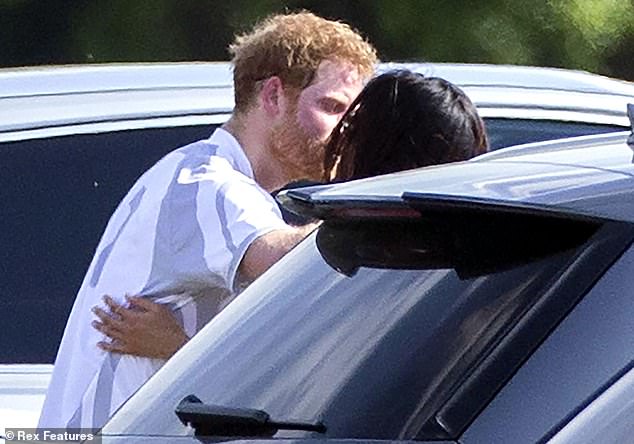 ‘There has been real shock, because Audi has provided 16 years of loyal service holding the event with the Royal Family,’ an insider tells me.

‘The sum it was expected to stump up was a huge increase on its previous donation.’

Kensington Palace is keen to deny suggestions that Audi was asked to donate £1 million — and that Meghan inspired the increase.

‘The Princes decide which charities their matches support,’ the spokesman insists.

Last year, Harry helped raise £1 million for his African charity, Sentebale, when he played in the Sentebale Polo Cup, which he hosts annually.

‘This is the sort of money they want to be making through polo from now on,’ said Malcolm Borwick, polo ambassador of Royal Salute, which sponsored the cup in 2017.

‘We want to help Prince Harry raise £1 million per event in the future.’

Borwick added: ‘They have a limited number of days to play polo, so they really want to make it count.’

The Audi event’s cancellation would, at least, reassure Meghan that her husband won’t be tempted by any alluring fellow actresses.

In 2015, Harry was pictured with his hand on the knee of Victoria star Jenna Coleman as they chatted intimately in the sponsor’s marquee.

The event’s future appears to be a very hot potato, with Audi referring all inquiries to Kensington Palace, where Harry, Meghan, William and Kate are based. A palace spokesman will say only: ‘Polo matches will be announced in the usual way.’ 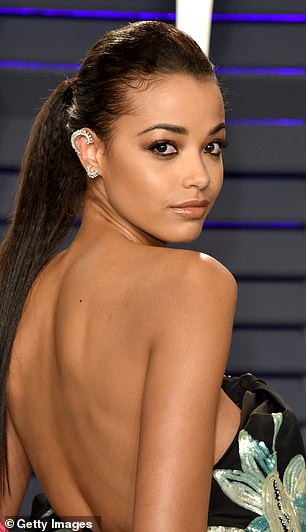 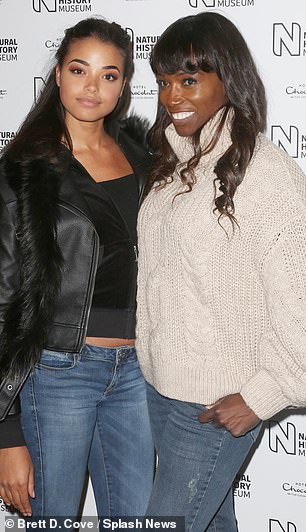 Her mother, Lorraine Pascale, was the first black woman to star on the cover of American Elle magazine before going on to become a television chef. But Ella Balinska is making her mark on the big screen.

The 22-year-old, whose father is Pascale’s aristo ex-husband, the Polish musician Count Kaz Balinski-Jundzill, has been cast as one of Charlie’s Angels in the new instalment of the film series alongside Twilight star Kristen Stewart.

‘I’m qualified in 12 types of stage combat, so it’s safe to say the brief for my character was very familiar.’

Ella, who describes Vogue editor Edward Enninful as a ‘godfather’ figure and supermodel Naomi Campbell as a family friend, could have become a sportswoman, having thrown the javelin for Team London.

Shaken and stirred-Jodie’s link to 007 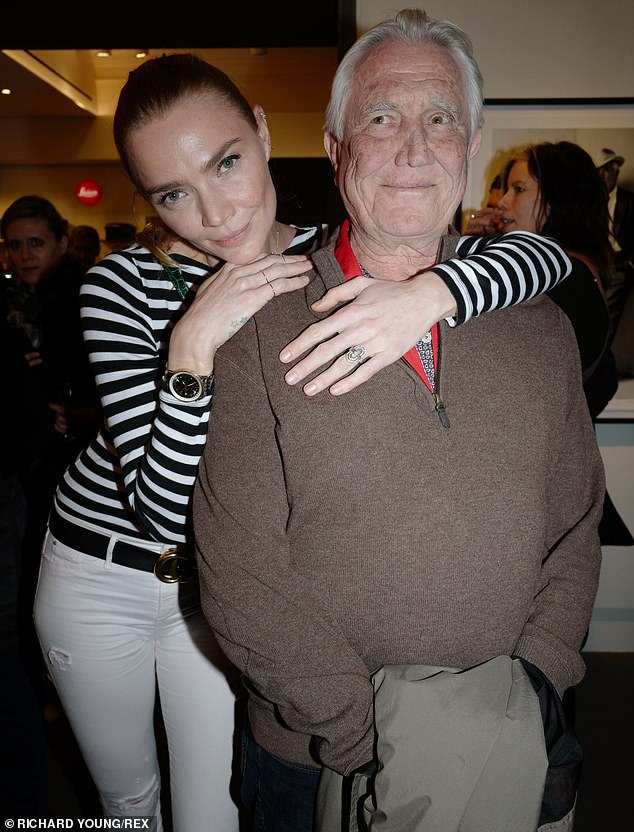 Bond girl: Jodie Kidd with her godfather George Lazenby, the star of On Her Majesty’s Secret Service

Jodie Kidd, who would make a great Bond girl, has revealed that her godfather is George Lazenby — the kilt-wearing 007 in the 1969 film On Her Majesty’s Secret Service.

The 40-year-old model turned pub landlady made the disclosure at the Leica store launch party in Mayfair this week, which she attended with Lazenby, 79.

With secrecy that would make James Bond proud, she declined to go into details about why the Australian actor was chosen for the role, but her family is full of fascinating connections.

Her father, who was also at the party, is Johnny Kidd, grandson of Lord Beaverbrook and a former champion show-jumper. 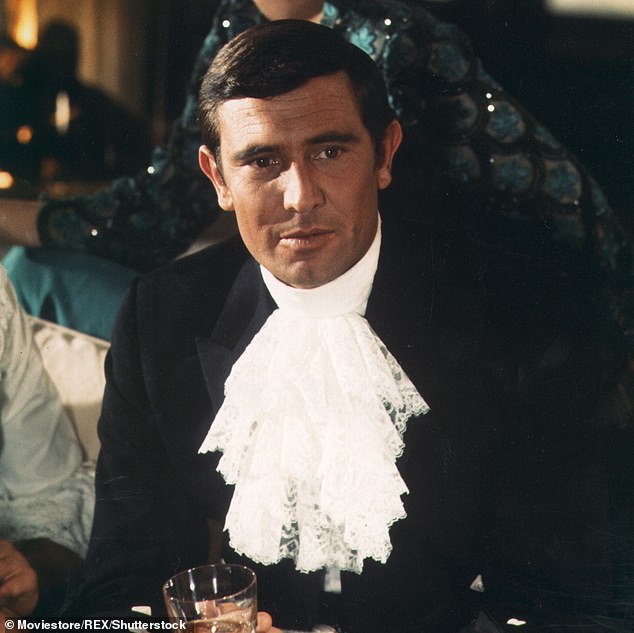 Pictured: The kilt-wearing 007 George Lazenby in the 1969 film On Her Majesty’s Secret Service

As the owner of an anti-ageing clinic, Heather Bird encourages the well-heeled women of Knightsbridge to spend a small fortune on treatments to hold back the years.

For her own part, she has found a cheaper cure — a toyboy. 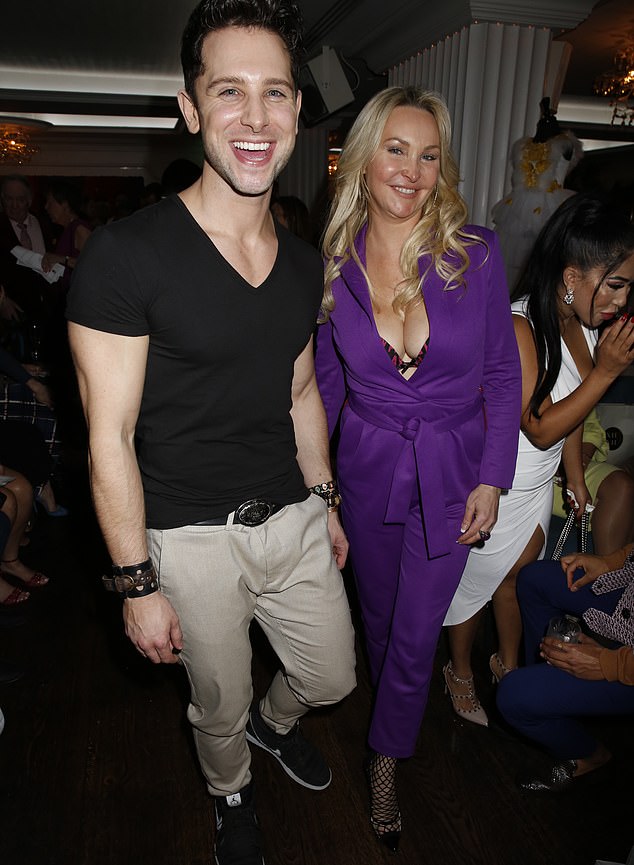 ‘We met at a party at The Savoy,’ Heather, 49, tells me at the Nina Naustdal catwalk show at Bagatelle London. ‘It was his idea to date, not mine.’

She adds: ‘I never would have thought about having a toyboy, but I know a lot of women who are doing that nowadays.’ 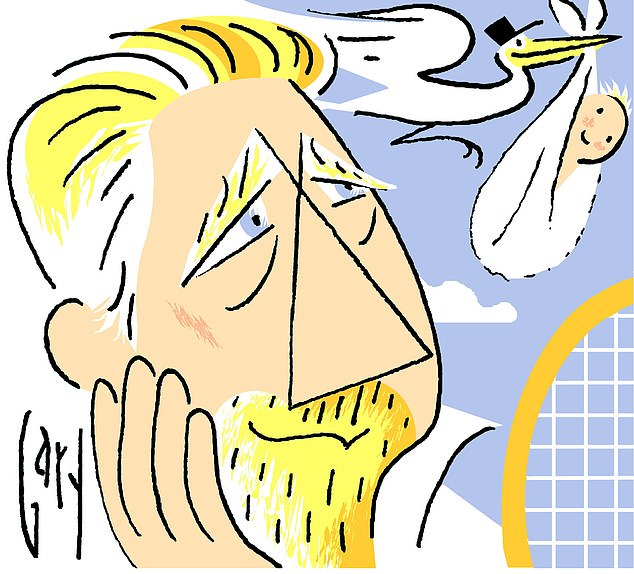 ‘If my [next] partner desperately wants to have a child, I would be open to it after years of togetherness,’ admits the 51-year-old, who has four children by three women, one of whom was conceived with a Russian waitress on the stairs of a Mayfair restaurant.

‘I have a lot of experience in how to deal with children, and I am still of viable age.’

Prince Philip doesn’t appear to have lost his love for Land Rovers after the road accident in which his Freelander flipped over in January.

For Balmoral is staging a Land Rover ‘self-drive and trek’ later this year, in which car owners are invited to motor through the 50,000 acres at the Queen’s private estate in Scotland in guided convoys, at a cost of £135 per vehicle.

‘I do not doubt it will be very popular,’ a spokesman tells me.

Presumably, the Duke of Edinburgh will not be taking part, as the terms include: ‘Drivers must hold a full driving licence for the UK.’

The Duke recently confirmed he had given his up.

Born in New York, artist Alexander Newley moved to this country four years ago and has now painted a ‘love letter to London’ in the form of works devoted to the capital.

The son of Dame Joan Collins and late actor and singer Anthony Newley has called the exhibition London: Sacred City, and it will be on display at Home House in Marylebone until August.

‘I wanted to do some cityscapes,’ Newley tells me. ‘I agree with William Blake that London is a holy city, like Jerusalem. I want to convey my love and celebrate its complexity, mystery and depth as the capital of the human spirit.’

His ten works include portraits of actors David Suchet and Sir Derek Jacobi, but none of his radiant girlfriend, Sheela Raman, a U.S.-born jazz singer.

Boris Johnson’s confession that he stopped drinking ‘bathfuls’ of booze in an effort to shed the pounds seems to have inspired his father, Stanley.

‘I lost a tremendous amount of weight on I’m A Celebrity — and what’s even better is I’ve kept it off!’ the 78-year-old boasts at a book launch in Marylebone. ‘I went from 91kg to 82kg [a loss of almost 1½ stone in old money].

‘I don’t diet, but I think drinking less alcohol must have something to do with it. I’m going out for dinner after this party, which is why I’m only drinking water.’

Baroness Mone of Mayfair used to enjoy boasting about her extravagant lifestyle, sharing selfies online of herself reclining in private jets or with her ‘billionaire’ fiance Doug Barrowman.

So imagine the surprise when the underwear tycoon — nicknamed Baroness Bra — was spotted lugging her Louis Vuitton luggage aboard a grimy carriage on a standard-class train from Gatwick airport to London Victoria last Saturday.

‘If I was about to marry a billionaire, I would ask to be picked up at the airport, at the very least,’ remarked one of Michelle’s fellow passengers.

Such snobbery. Elevated to the peerage by David Cameron, Lady Mone should, surely, be commended for ‘keeping it real’.

Plane drama for Meghan and Harry as pilot is forced to abort Sydney landing
Two boys, both 14, are found guilty of murdering girl, also 14
Jade Goody fans left 'uncomfortable' as Channel 4 airs CBB Shilpa Shetty race row in documentary
HENRY DEEDES: Mildly creepy Macron is still desperate to be one of the cool kids
Jo Swinson faces backlash as she prepares to say Brexit is 'like planning to burn your house down'
Trump designates 'Antifa as a terrorist organization'
Coleen and Wayne Rooney put on a rare cheery display in Barbados amid WAG war
My love for a dirty old man! Serge Gainsbourg was 18 years older than Jane Birkin