She’s based in one of the most fashionable cities in the world, Paris.

And on Thursday, Australian actress Melissa George proved she’s got what it takes in the style stakes, looking chic on a walk with her son around the French capital.

The 42-year-old former star turned heads in a yellow blazer and bright pink trousers on the day, adding height to her frame with nude heels. 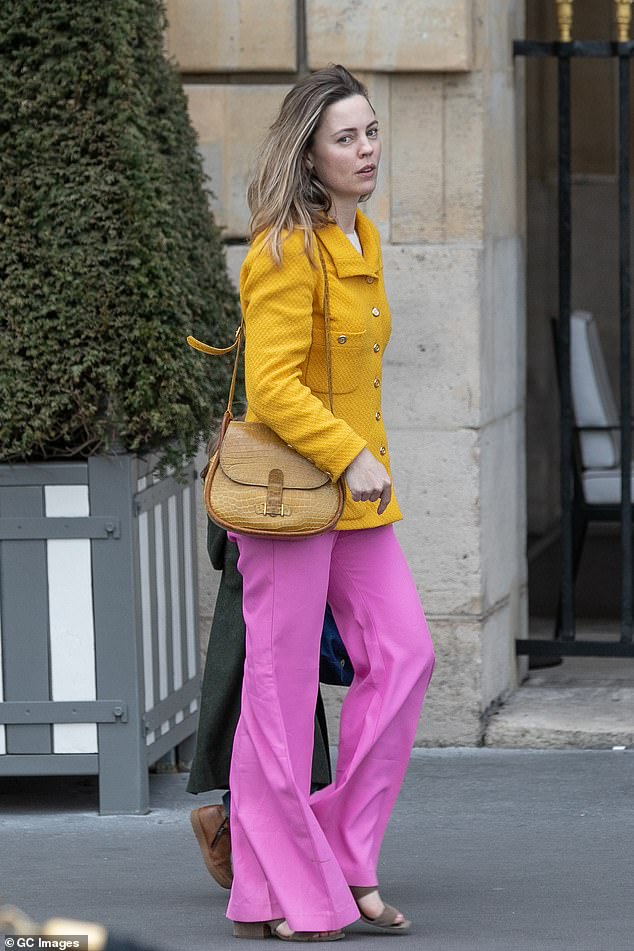 Très chic! Melissa George cuts a stylish figure in Paris, France, on a walk with her son on Thursday

The brunette’s trousers were flared while her blazer featured bright gold buttons, with Melissa pairing the look with a white top underneath.

She carried a tan leather shoulder bag and has her short locks out and over her shoulders.

The Perth-born actress wore light minimal makeup and held hands with her son as they walked. 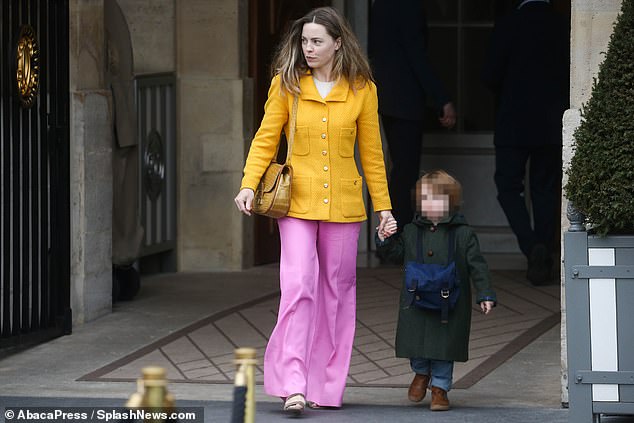 Doting: The Perth-born actress held hands with her son as they walked 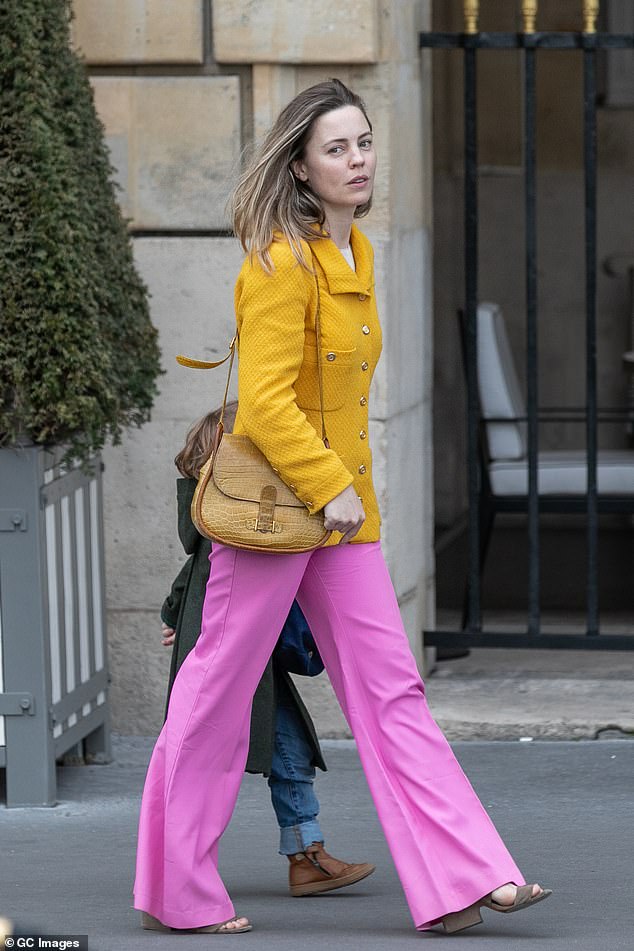 Sartorial savvy: The brunette’s trousers were flared while her blazer featured bright gold buttons, with Melissa pairing the look with a white top underneath

In early 2017, Melissa and French entrepreneur Jean David Blanc were convicted of assaulting each other following an alleged domestic dispute in 2016.

The break-up then turned particularly bitter with a protracted custody dispute over the couple’s two sons Raphaël, five, and Solal, three, which saw her stay in Paris.

Addressing her highly-publicised custody dispute, she told in 2017: ‘My heart is with my children and that’s where I have to be right now.’

‘I have the personality where I make the most of everywhere I am.’

She finished: ‘I don’t want to live being forced to stay somewhere and not really maximising any element of joy in that place.’

Coronation Street SPOILER: Evelyn Plummer finds her pet pooch has been STOLEN
Emma Watson wraps up in period costume as she joins Saoirse Ronan to film Little Women remake
Ant McPartlin cheers as he arrives at the Britain's Got Talent Manchester auditions
Inside the $1700-a-night hotel where Anna Heinrich and Tim Robards are staying
Willem Dafoe reveals Robert Pattinson would 'stick fingers down his throat' during The Lighthouse
Amanda Holden, 48, suffers unfortunate wardrobe malfunction as she exits the Global Gift Gala
Lily James attends the International Film Festival and Awards in Macao amid Matt Smith 'split'
Love Island SPOILER: Shaughna looks set for heartbreak as Callum's head is turned by new girl Molly