Several giant plastic ducks have been placed on a city pond in an eye-catching move to deter people from feeding the birds.

Experts revealed that bread and human food stuffs are potentially fatal for the ducks, grinding the popular past-time to a halt.

Despite the move being made in order to protect the health of the ducks, some people have been clearly irked by the decision. 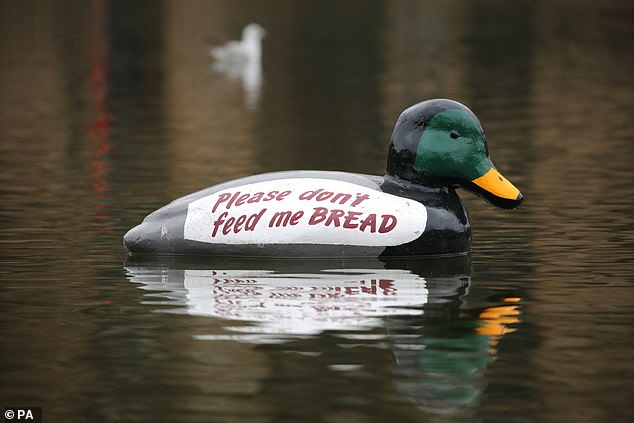 Several giant plastic ducks have been placed in the pond in Queens Park, Glasgow

A source told the in Glasgow that a protester even left a loaf of mouldy bread by the side of the pond to signal their dissatisfaction with the decision.

The unusual deterrents have been placed in the city’s Queen’s Park pond, situated in the north west side of the 148 acre space. The council got creative after people continued to ignore traditional signs.

As well as ducks and swans the large and small ponds also attract birds such as moorhens and coots.

Not all people are irked by the three large plastic ducks.

Abby Harkins told the Evening Times: ‘I quite like them. I think it’s a nicer way to spread the word of ‘no bread’ than a sign people won’t read.

‘Love or hate them, they’re doing a good job of getting people talking about them.’ 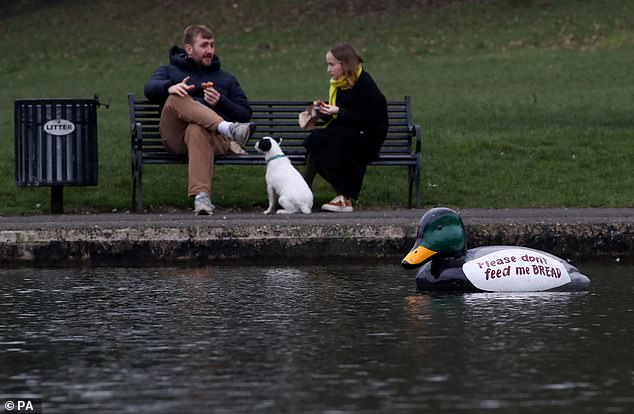 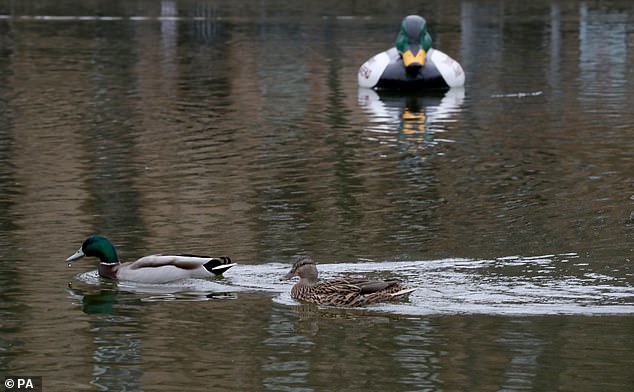 Why you shouldn’t feed the ducks bread

It can leave them malnourished because its packed with carbs and leaves no room for the right stuff, if a human ate carbs you’d notice the expanding waistline but ducks and other water birds will gobble it up with no second thought.

Brown bread is no better and either white or brown can lead to ‘angel wing’ – a condition leading to a deformity in baby ducklings that makes them unable to fly.

It also increases the dependency on humans for food and will see more and more birds coming to the same spot. Uneaten bread also leads to dangerous algae in the water.

A Glasgow City spokeswoman said: ‘The plastic ducks are not just a flight of fancy – they’re designed to ruffle feathers.

‘The sign asking people not to feed the swans has been in place for a long time, but people continue to duck the issue.

‘We dabbled with a novel approach and the plastic ducks seem to fit the bill.

‘They have become a talking point and people should now know not to feed the swans bread which can also attract vermin.’

The figurines appear to depict Mallard ducks with the message ‘don’t feed me bread’ daubed on their sides.

Late last year, experts actually lamented the success of a campaign not to feed the ducks.

‘Bin the Bread’ was a highly successful campaign, officially launched by rescue charity Swan Lifeline, but the man at the head of it said it actually left the birds underweight.

The Queen’s Swan Marker David Barber, Member of the Royal Victorian Order, said there is ‘no good reason’ not to feed the swans bread and added: ‘Supporters of the campaign claim that bread should not be fed to swans on the grounds that it is bad for them. This is not correct.

‘Swans have been fed bread for many hundreds of years without causing any ill effects.’ 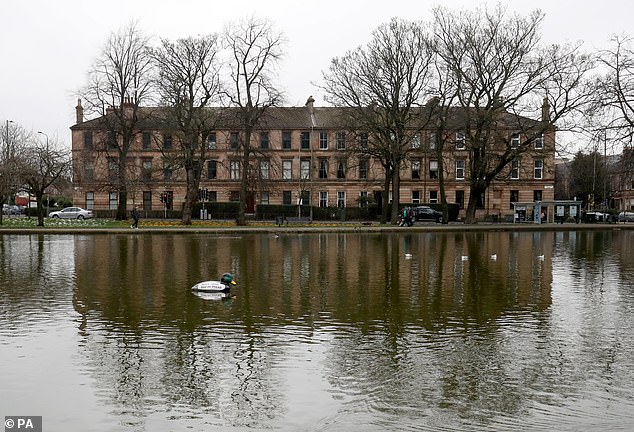 While swans and ducks are different,  bread has ‘no real nutritional value’ to either, making it akin to junk food for humans as it fills them up, leaving no room for food with nutritional value.

A spokeswoman for the Royal Society for the Protection of Birds told The Guardian: ‘White bread, in particular, has no real nutritional value, so while birds may find it tasty, the danger is that they will fill up on it instead of other foods that could be more beneficial to them.’

But one of Britain’s favourite casual past times is not doomed, ducks do like lettuce, corn, frozen peas, seeds, oats, and rice.

Father of 14-year-old schoolgirl who took her own life says social media is to blame
Un-bee-lievable! Notre Dame's bees kept in rooftop hive SURVIVED the blaze
Boris Johnson gets to grips with poultry on visit to Welsh farm
College student goes viral by calling out sister's FAKE Instagram post
The 40 seats where Boris Johnson can win election including those that could fall to tactical voting
Misha Nonoo releases maternity line to help  pregnant woman keep their wardrobe stylish
Scientists create a rapid swab test for coronavirus that gives results in as little as 20 MINUTES
1,500 workers test positive for coronavirus at German meat factory