A couple who were forced to flee their new home because of a neighbour from hell have launched a landmark legal battle to sue the seller of the £250,000 property.

Jason Stevens and Michelle Smith landed their dream home in leafy Surrey in 2017 and moved in, along with their baby son. But their dreams were soon shattered after they learnt they would be living next door to a ‘violent trouble maker’.

The first-time buyers claim vendor Christopher Flynn sold them the £250,000 two-bed property in Sutton without informing them how aggressive their new neighbour was.

During their first weekend at their new home Jason, 27 and Michelle, 25, were subjected to a ‘violent outburst’ which subsequently caused hundreds of pounds worth of damage to their door, court papers reveal. 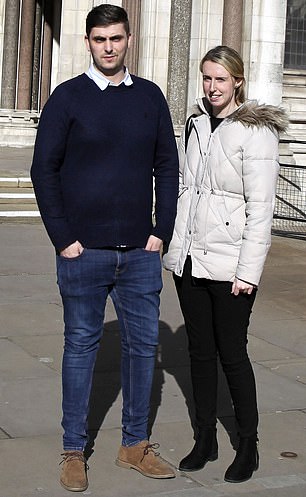 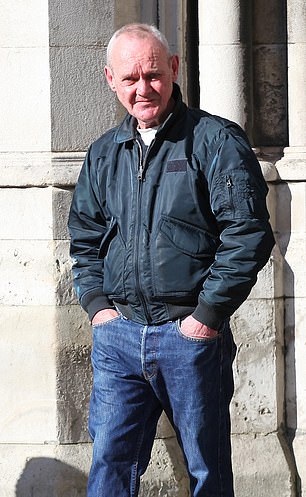 The couple called the police who advised them that is was unsafe for them to live with their young son next to trouble-maker Peter Passingham.

The pair went on to sue Mr Flynn and claim thousands of pounds in compensation in a case which could change the law governing property sales in the UK.

They claim that Mr Flynn knew the ‘aggressive/violent tendencies of his neighbour’, but failed to disclose it in pre-sale documents. They also say that Mr Flynn had previously taken out a restraining order to ‘protect himself’ from the neighbour, before selling the property to the couple.

Despite this, lawyers for Mr Flynn deny he acted dishonestly and say Mr Passingham’s behaviour was not his responsibility after he moved out.

Central London County Court heard how the couple completed their purchase of the property in Surrey in 2017 and court documents state that police informed the couple that it would be ‘unsafe’ to live in the property.

They claim: ‘On the first weekend after completion whilst Ms Smith and Mr Stevens were in the property preparing for redecoration, Mr Stevens, his stepfather and mother were subjected to a violent outburst by Mr Passingham. 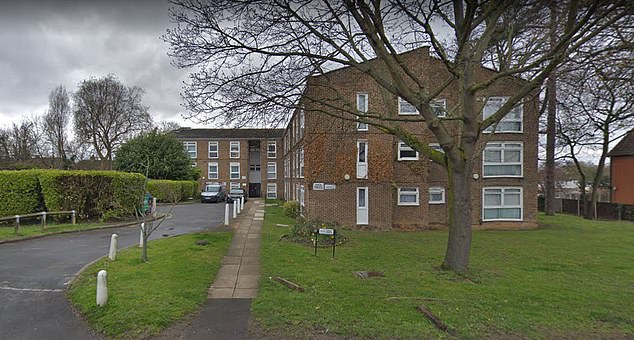 ‘The police attended the scene and the general advice given to the couple, in the light of having an infant son, was not to live in the property until it was safe to do so.’

The couple have said they were unable to live in the property on High Trees on Epsom Road and have claimed thousands in compensation for distress and inconvenience, repair of their door, and costs related to accommodation and mortgage payments. 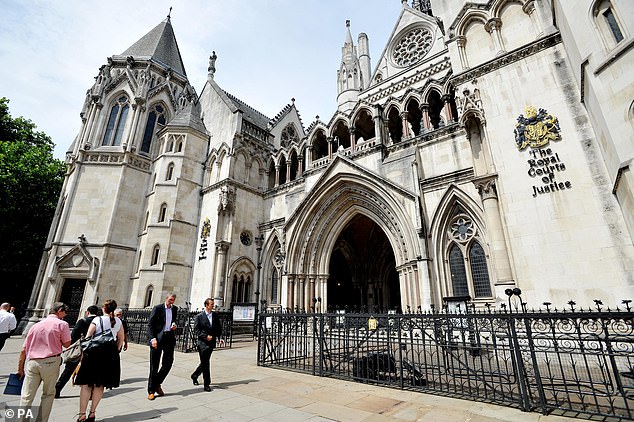 Mr Flynn had declared on pre-sale paperwork that he had ‘not complained or had cause to complain’ about any neighbour, the couple’s lawyers claim.

They claimed that he represented to the buyers that there were no disputes or neighbour disputes to be concerned about.

‘Mr Passingham was a violent, aggressive neighbour, who had subjected Mr Flynn and the neighbourhood to incidents of antisocial behaviour and/or violence or aggression.

‘Mr Flynn, to protect himself from his neighbour, had applied for and obtained a restraining order in or around March 2017.’

The lawyers said that Mr Flynn went to lengths to falsely complete the property forms denying existing of any issues with Mr Passingham.

They added that the couple are not trying to undo the sale contract, because Mr Passingham has since been evicted.

Mr Passingham was not part of the court claim and therefore has not had a chance to respond to the allegations against him.

Mr Flynn’s lawyers said: ‘It is admitted that there was a dispute between Mr Flynn and his former neighbour, but that this was a dispute which had ended one year and a half prior to marketing the property.

‘It is not accepted that Mr Flynn misrepresented the sale.’

The case was in court for a planned trial but adjourned after a short hearing.

CBB: Human Ken Doll Rodrigo Alves 'QUITS the present'
Joel Creasey reveals the REAL reason he found working on Neighbours so 'infuriating'
Cuba extradites to US man wanted for killing in New Jersey
The Home Counties sporting store fuelling a deadly Rambo knife crime wave
Kate Middleton put her own stamp on her £790 Gucci blouse by wearing it backwards
Driver rams gang fight in London's Shoreditch as local resident reveals 'this happens most weekends'
'If I have a choice, I would quit' says Hong Kong's leader as she apologises for unleashing 'havoc'
Queen's aides say announcement on Megxit deal 'imminent'