Primary school children are being asked to sit in silence and listen to classical music during their lunch break – but the decision has come under fire from parents.

As the youngsters tuck into their food they have been banned from talking loudly and encouraged to appreciate the works of Beethoven and Mozart. 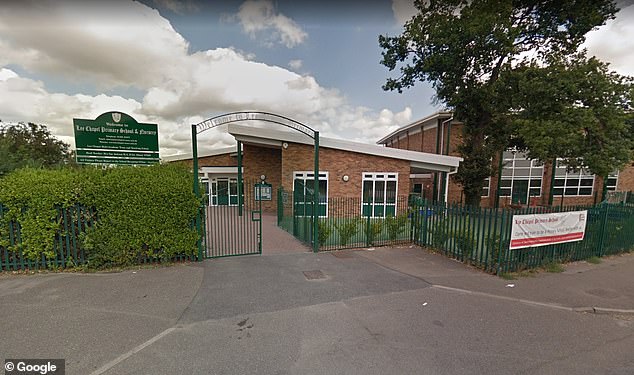 While listening to the classical music, the children at Lee Chapel School in Basildon, Essex, are only allowed to speak softly to the pupil beside them

However parents, say their children have been arriving home upset – claiming they are punished if they chat to friends.

One mum said pupils who break the rules are forced to stand behind their chair or against the wall as punishment.

She said: ‘All the parents are completely at their wits end at the moment and this new lunch time arrangement seems to be the final straw for a lot of parents.

‘People are getting ready to pull their child from the school because of all the ridiculous rules, myself and my husband included.’ 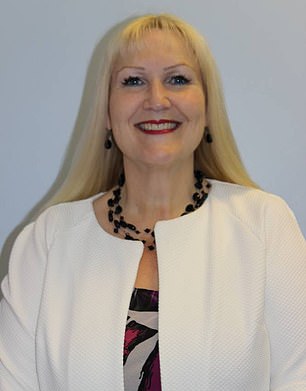 Susan Jackson, headteacher at the Ofsted-rated outstanding school, in The Knares, Essex has strongly refuted the claims and said the scheme will benefit youngsters

But headteacher, Sue Jackson, strongly refuted the claims and said the scheme will benefit youngsters.

She said: ‘Studies have shown that playing classical music to children boosts their concentration and self-discipline and improves their general listening and social skills.

‘Children exposed to the works of Beethoven and Mozart, for example, are more likely to appreciate a wider range of music in later years.

‘Children are encouraged to listen to the music and talk quietly to the child next to them and not calling out across the table.

‘All the children did this successfully on Monday and enjoyed the music, as did the staff who ate with the children.

‘A child in Year Six was given three minutes ‘time out’ for disregarding the reasonable request of a member of staff which is in-line with the school’s behaviour policy, but he was not reprimanded for talking.’

The school has been praised by Ofsted for its ‘outstanding teaching and learning result in excellent progress and achievement by pupils’.

It has previously received an overall ‘outstanding’ rating from the schools inspectorate.

Is this PROOF that Haribo scrimp on love hearts?
Boris Johnson predicts Tories will face 'extinction' if they fail to deliver Brexit
Cambourne swinger from Cambridgeshire guilty of strangling girlfriend to death 'during sex'
Male breast cancer survivor gets NHS check-up invites suggesting he wears a BLOUSE
Bake Off star Paul Hollywood's brother-in-law plane crash death due to poor planning
How many cases of coronavirus are in YOUR area? Map reveals breakdown of England's infected patients
Coronavirus UK: Transport for London furloughs 7,000 staff to save £15.8million a month
Quarantine 'to be cut from 14 to 10 days' as millions of summer holidays hang in the balance