Louisa Simonetta, 42, pictured, has won a £2million payout at the High Court after battling her ex-husband’s second wife for a share of his £5.2million fortune following his sudden death in 2016

The family of a late IT tycoon have won a £2million share of his fortune to pay for a ‘massive, amazing house’ he had promised them.

Louisa Simonetta, 42, and her children have been given the payout by a High Court ruling almost three years after her former husband Matt Tomon died suddenly aged 38.

Mr Tomon founded his IT firm Green Fields Technology with Ms Simonetta in 2005, but left her in 2012 and divorced her a year later before marrying second wife Ruby Geetha Lovell-Tomon, 47.

Shortly before his death, he sold the firm for £5.2million and deposited the funds into his new wife’s account.

Ms Simonetta subsequently launched a battle against Ms Lovell-Tomon, 47, for the cash and will spend it on a home in Australia, where she now lives with her two young sons Alexander and Julian, both fathered by Mr Tomon.

The money will also allow the children to be privately educated, as wished by Mr Tomon.

Awarding the £2million, Mr Justice Williams said: ‘The net effect of that in terms of the children’s lives is, I am told, that it will allow Louisa to buy a house in Australia for them to live in.

‘Whether it is the “massive, amazing house” that Matt promised them, who knows?

‘Perhaps the difference in property prices between Australia and London and the sums they get will enable them to get that massive, amazing house that their dad wanted them to live in.

‘I am also told that the sums will enable the boys to be privately educated, which apparently was something that Matt also wanted.

‘These sums, I am told, will also enable Louisa to retrain as a teacher and to assist in maintaining them through their minority.’

The court heard that Mr Tomon and Mrs Simonetta were once work colleagues, but began a relationship around 2003 and started the company, Green Fields Technology Limited, in 2005.

They were married in 2007 and had their first child in 2008, after which Mrs Simonetta stayed at home in Putney to bring up the family.

Mr Justice Williams added: ‘The evidence suggests that Louisa, Matt and the children lived fairly frugally, so that the money the company was making could be retained in it in order to build it up.’ 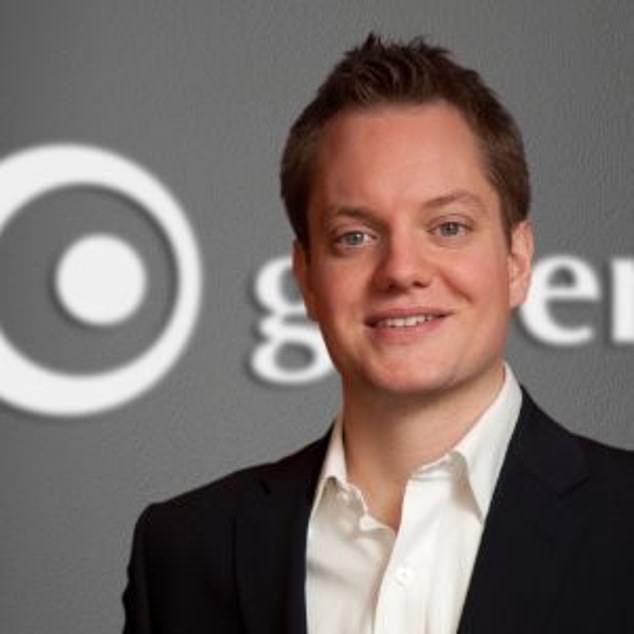 Technology tycoon Matt Tomon, pictured, had two sons with Ms Simonetta and had promised them a ‘massive’ house to live in but never bought it before his death aged 38 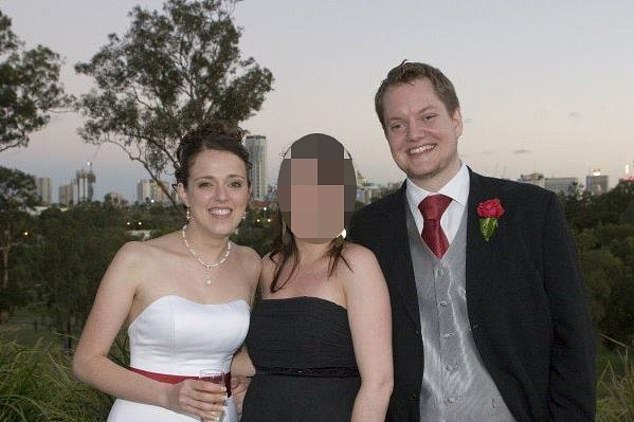 The former couple, pictured on their wedding day in 2007, split up in 2012 with Mr Tomon remarrying in 2013 before leaving his fortune to second wife Ruby Geetha Lovell-Tomon

But in March 2012, when the children, Alexander and Julian, were four and two, Mr Tomon told her he had met someone else and wanted a divorce.

The divorce was finalised in July 2013 and Mr Tomon and Mrs Lovell-Tomon wed the following month. They lived together in Putney.

‘After the divorce, Matt continued to support the family and remained on good terms with Louisa and with the children.

‘It appears as if the company continued to grow because Matt was in communication with Louisa, promising to buy them a “massive, amazing house” and to pay for the children to be privately educated, and to maintain both the children and Louisa while she retrained as a teacher.’

However, Mr Tomon had not bought that house by the time of his death, with his widow Mrs Lovell-Tomon left in possession of most of his estate.

Facing Mrs Simonetta’s claim to a share of the fortune, Mrs Lovell-Tomon said that the £5.2m proceeds of sale of the company were an ‘outright gift’ to her. 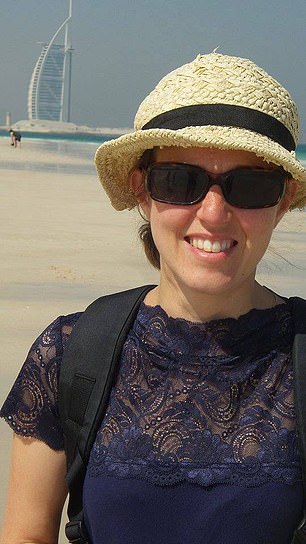 She also claimed that, despite living in London for 15 years, her husband was not ‘domiciled’ in the UK, since he was American and they planned to relocate to the Bahamas or the US.

That would defeat a claim by his first wife to ‘reasonable provision’ from his estate.

But the judge said the warring parties had negotiated and agreed to a settlement of the claim, which will see Mr Tomon’s first family receive almost £2m in cash and property.

The sums to be received were a ‘reasonable and sensible compromise’ of the case, Mr Justice Williams said.

He continued: ‘Were this action to continue, it has sadly all the hallmarks of a case that would be contested up hill and down dale; something which no doubt would have caused Matt considerable sadness.

‘Such is one of the consequences of failing to make provision in the form of a will or otherwise for your family.

‘But of course, for Louisa and the boys, the reality would be months extending into years no doubt, of litigation.

‘Looking from the children’s positions, both taking into account the financial value of the settlement, but also the incalculable non-financial benefits to them of having their mother able to focus exclusively on their welfare, the combination of those two satisfies me that this compromise is indeed a compromise for that benefit.’

The settlement will see the boys receive £950,000 between them from their father’s estate, with their mother awarded cash and property worth almost £1 million.

The judge said no application had been made for anonymity of the children.