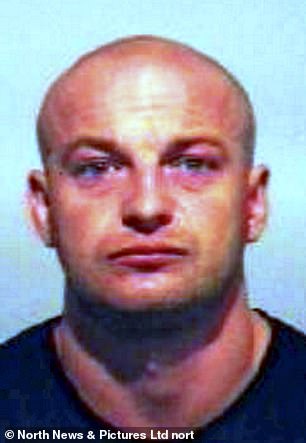 Stephen McGee, 31, was returning from a holiday with his family when he started to cause shout and disturb other passengers

A drunken father who shoved an air steward, threatened passengers and told his wife he would ‘knock the s***’ out her on a plane from Gran Canaria to Newcastle has been jailed.

Stephen McGee, 31, was returning from a holiday with his family when he started to cause shout and disturb other passengers after their flight on January 10 was delayed due to technical difficulties.

A passenger alongside him in security reported his aggressive behaviour to Las Palmas airport authorities before the flight, Newcastle Crown Court heard.

Claire Anderson, prosecuting, told the court how a passenger heard McGee say ‘I’m getting p***** off, this is taking too long’, before telling his wife ‘don’t you undermine me in front of other adults or I’ll knock the f****** s*** out of you’.

McGee also demanded booze from the cabin crew six times during the hour delay to take-off.

After being refused service prior to take off, he was sold three cans of Stella Artois and a small bottle of Rose after the flight took off.

Anderson said McGee began shouting at another male passenger after being asked to be quiet so they could hear the pilot’s announcement.

McGee then snapped back and shouted ‘no one tells my family to shut up. Wait until you get off this f****** plane’, Anderson said. 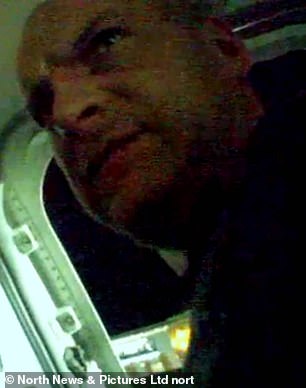 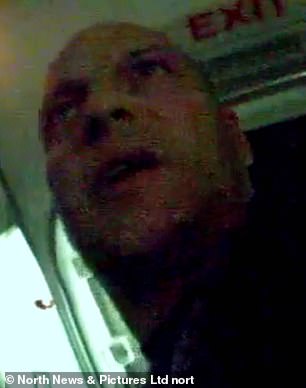 A female cabin crew member tried to diffuse the sitaution by standing in the middle of McGee and the passenger – but he kept pushing her to try and get to the male passenger.

Ms Anderson said: ‘He kept pushing against her to get to the male.

‘She has to go to the rear galley on the airplane to calm down.’

Ms Anderson told the court how McGee walked up the plane to cabin crew and told them: ‘If you think this is intimidating and aggressive just wait until I f****** am!’

When he was told that they would have to divert to another airport if he did not clam down, McGee responded by saying ‘f****** divert’.

Ms Anderson told the court how McGee walked back up to his seat and said to the male passenger: ‘Just wait until you get off!’

One crew member, who was shouted at by McGee, described him as ‘grinding his teeth and looking so angry he was going to explode’.

McGee bragged to cabin crew staff after the plane landed, telling them ‘Ha, ha, you were supposed to be going to Portugal to get me arrested but I’m home’.

But police officers were brought onto the plane to arrest McGee, who tried to resist arrest when he realised his partner was following him down the aisle.

A female staff member, who had worked as cabin crew for 10 years, said it was the ‘worst incident she has ever experienced stating the male was a danger to passengers and crew as his behaviour was unpredictable’. 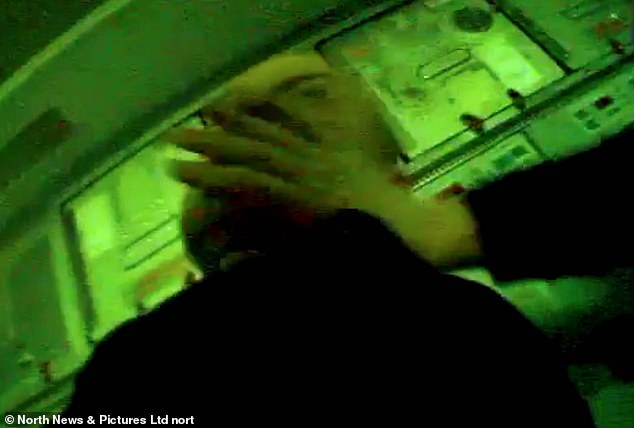 Ms Anderson added: ‘She describes it as a very frightening experience.’

Another member of cabin crew said he was ‘very traumatised by what had happened, never experiencing anything like that in five years of doing her job.’

McGee, of Masters Crescent, Prudhoe, Northumberland, admitted being drunk on an aircraft, behaving threatening, abusive or insulting manner towards cabin crew and obstructing a police officer in the execution of his duty.

Mark Styles, defending, told the court: ‘Clearly he’s a man with a drink problem, he’s the first to acknowledge that.

‘He’s self employed, he works as a carpet cleaner, he has a small business. He makes a modest income.

‘He has a four-year-old son who’s been diagnosed with ADHD. That’s added to his stress.

‘It was the first holiday they had had for over a year and clearly things went badly wrong.

‘He’s only himself to blame and he’s the first to acknowledge that.

‘To his credit he’s had did have the good sense to plead guilty.

‘He’s really ashamed that he’s let himself down, he’s let his family down.’

The judge, Mr Recorder Ben Nolan QC told McGee that the member of the air crew were ‘very badly shaken by what they experienced’.

Recorder Nolan QC said: ‘They both said this was the worst type of air craft disorder in many years of crew service.

‘You were extremely obstructive to the officers who were doing no more than trying to take you from the air craft, all of which would have caused extreme anxiety to all of the passengers on the air craft.’