She made her TOWIE debut in the finale of the most recent series.

But Demi Sims, 22, was back filming on Tuesday after being announced as a full-time cast member of the ITVBe reality show.

The blonde was pictured shooting scenes in Brentwood, Essex with her older sister and TOWIE favourite Chloe, 36. 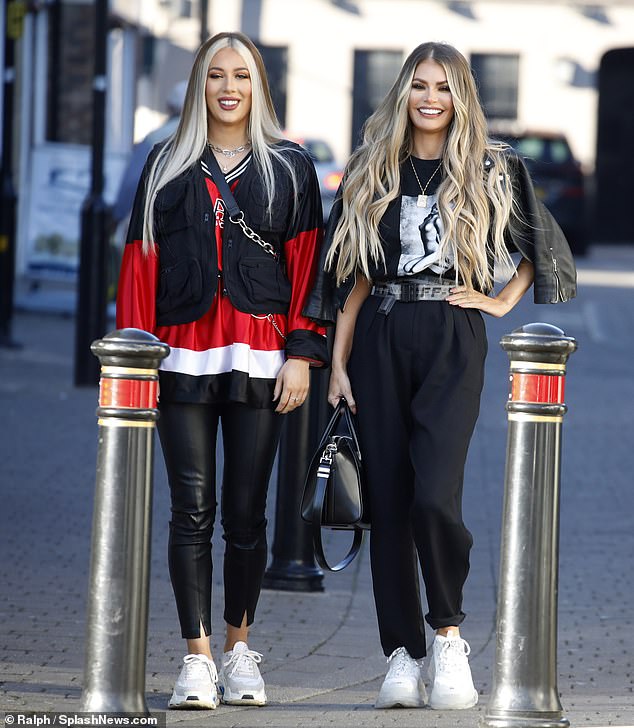 Action! Demi Sims was seen filming scenes for the new series of TOWIE on Tuesday with her older sister Chloe (right) three weeks after being confirmed as a full time castmember

Demi flashed a huge smile as she got to work walking the highstreet, showing off her sense of style in black leather leggings and a sporty red top.

Chloe matched her sister’s sporty vibe with a pair of baggy black trousers, white trainers and a t-shirt featuring a saucy photo.

Demi’s casting comes after The Only Way Is Essex announced earlier this month that it has axed eight stars in the show’s biggest ever cull ahead of the 24th series. 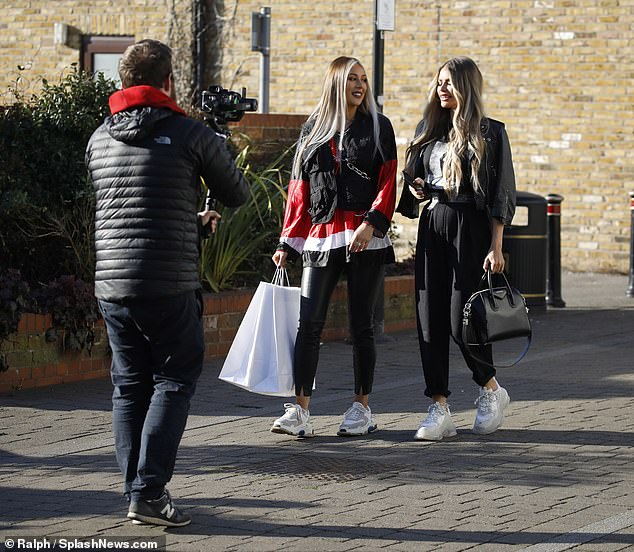 Sisters in style: Demi flashed a huge smile as she got to work walking the Brentwood highstreet

In a bid to refresh the long-running reality series, eight have departed the ITVBe show – including Jon Clark, Chloe Lewis and Yazmin Oukhellou’s brother Adam Oukhellou.

A spokesperson for the show said: ‘Every series we review our cast to ensure we’re following the lives of those who are most interesting and willing to share their real lives and relationship highs and lows.

‘A number of cast have been notified that they’re not being contracted for the start of series 24 as we look to bring in some fresh new faces, however we’ve always maintained that cast can return as and when the timing is right for them and the show. 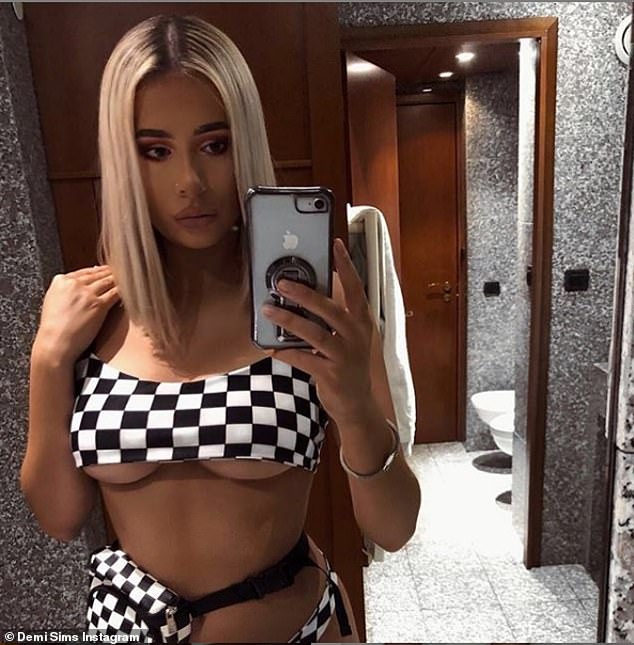 In and out: Demi’s casting comes after The Only Way Is Essex announced earlier this month that it has axed eight stars in the show’s biggest ever cull ahead of the 24th series

‘It’s how TOWIE has stayed so fresh and exciting for nearly a decade. We remain grateful to every single cast member that has featured in TOWIE and contributed to its huge success.’

Demi made her debut in the series finale for Pete Wicks’ birthday party and said she is single and ready for romance ahead of filming for the next series.

Speaking about who she fancies most in the cast, she told : ‘I’d probably say Lauren Pope, she’s really hot. As for the boys I’ve grown up with them, so they probably see me as more like a little sister.

‘I’m not seeing anyone right now, I’m single but I’ve got my eye out because I’d like to have the first lesbian relationship on the show. 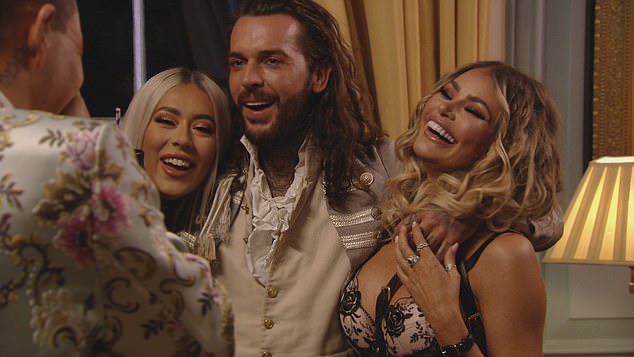 Love on the horizon? Demi made her debut in the series finale for Pete Wicks’ birthday party and says she is single and ready for romance

‘I’d go for one of the cast, but all the girls are taken- and they’re all so straight. I’m worried to say who I fancy because I’ll be treading on people’s toes.’

Meanwhile, Chloe Lewis recently confirmed she had left ‘TOWIE’, admitting her ‘life isn’t in it anymore.’

She wrote on Instagram: ‘After a long 4 years on The only way is Essex, I’m happy to announce that I have decided to leave the show. My life isn’t in it anymore & I feel as if its the right time for me to move on to other things. I’ve had a wonderful time being part of the cast on the show & have made friends for life, I really Couldn’t of got through the last year without my Courtney & Chlo. Absolute true gems!

AXED: The Only Way Is Essex have axed EIGHT stars in the show’s biggest ever cull, and are now on the hunt for a new bevvy of Essex-based cast members

‘Towie has brought me such amazing opportunities & I wouldn’t change it for the world. It’s taught me so much & made me who I am today. Thank you for everyone’s amazing support over the years & truly am very grateful. The best thing I’ve learnt in this crazy world, is to be strong & to follow your heart. So here we go (sic)”

Insiders have confirmed to MailOnline the couple are stepping back from the ITVBe show after a year of personal dramas which were detailed in the last series.

Yazmin’s brother Adam, Chris Clark, Dean Ralph and Jordan Wright have all been given the boot, whilst Chloe Lewis and Jon Clark both ‘mutually agreed’ with producers they wouldn’t return for the next series of the show.

An ITVBe spokesperson confirmed to MailOnline that stars have been cut from , including Myles Barnett and his girlfriend and former Love Island star Kady McDermott – who has only appeared in the reality show for one series. 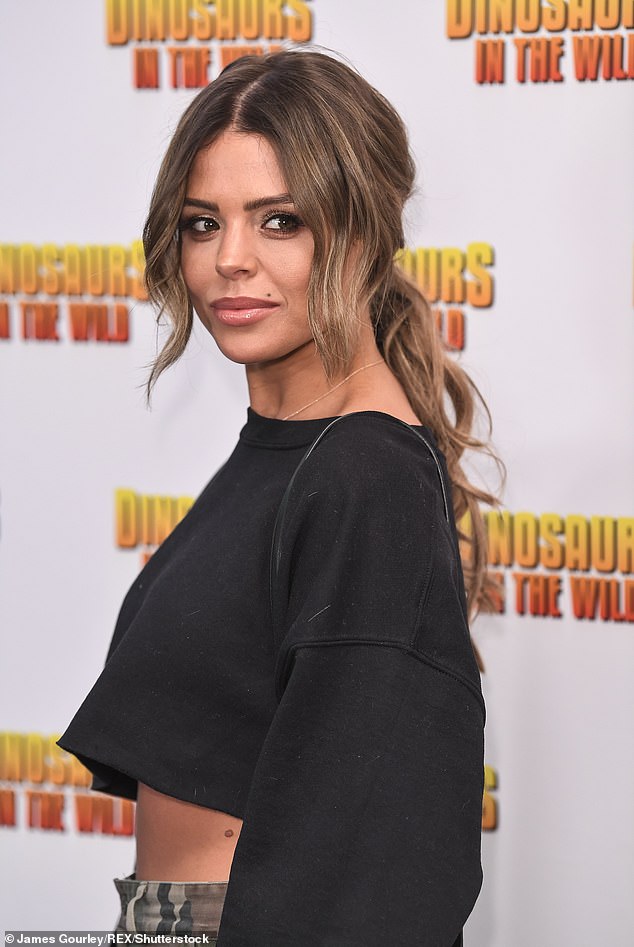 Gone: Chloe Lewis (pictures) and Jon Clark both ‘mutually agreed’ with producers that they wouldn’t return for the next series of the show, while six other stars were axed outright