While the models of the moment and the rest of tinsel town were nursing hangovers, Kate Moss was looking rather smug.

The 45-year-old, who’s spent the whole year sober, looked fresh-faced as she spent out in West bright and early on Monday morning.

Seen basking in the unseasonable February weather, supermodel Kate wore a laidback spring-like ensemble as she went about her business, hangover-free. 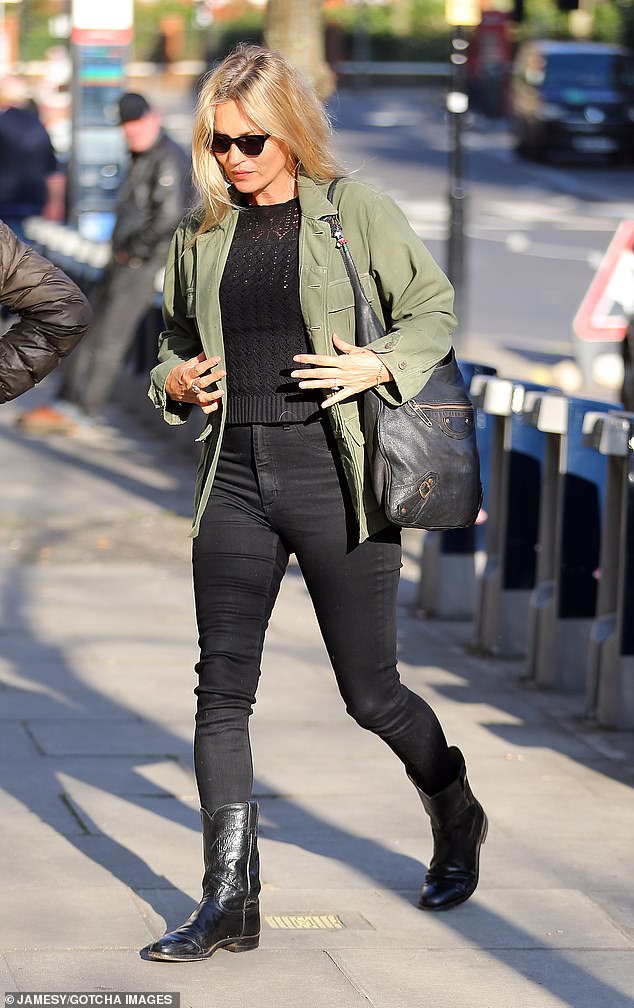 Typically chic: Kate Moss was pictured out and about in west London on Monday afternoon, looking typically cool in flat cowboy boots

On top, the one-time festival fan wore a camo jacket that was perfect for the crisp UK climate.

She also tipped a pair of sunglasses on her nose, just about revealing her glowing complexion. 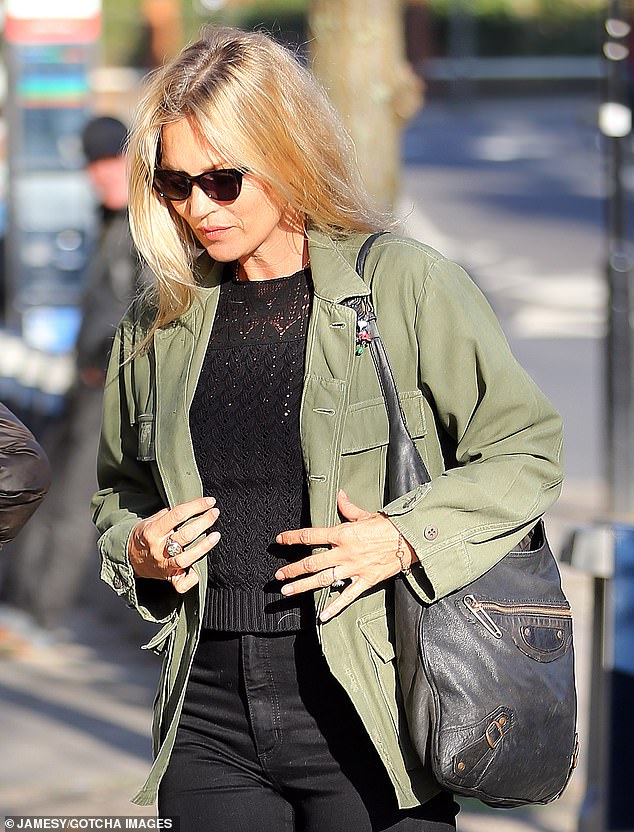 Enjoying the sun: The model wore a light jacket during the unseasonable warmth

Effortless: The style maven wore her hair scruffy for an effortless look

Having grown out her golden locks, Kate let effortless waves tumble down her back during a busy Monday in the city.

Gone are the days that the popular party girl would spend weekends recovering from a night-after-night of elite showbiz events.

The reformed party-lover has reportedly kicked her drinking habits for over a year now and turned 45 last month in a more mature and composed fashion. 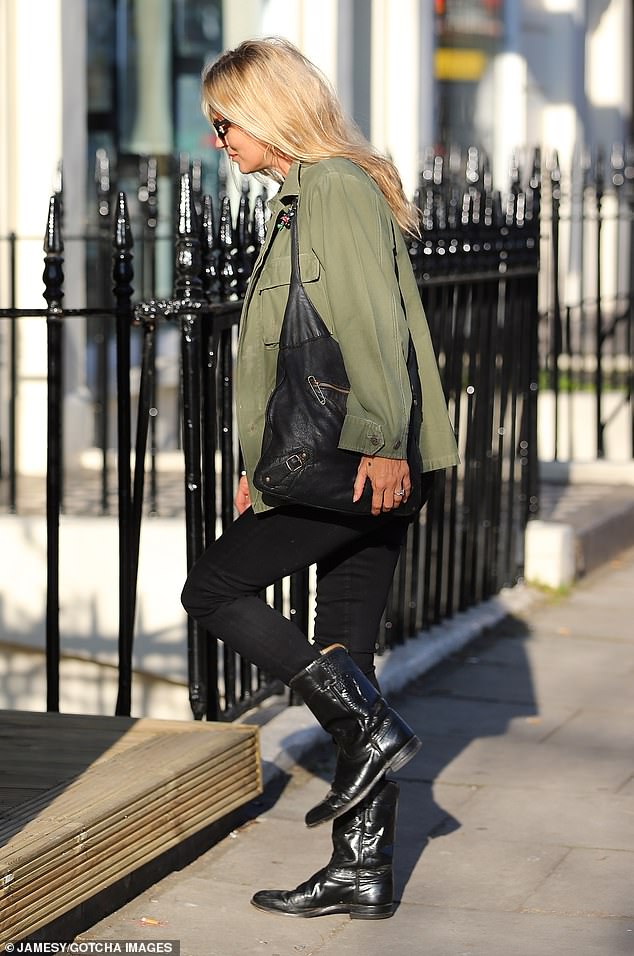 Busy bee: She was getting about town running errands in the sunshine 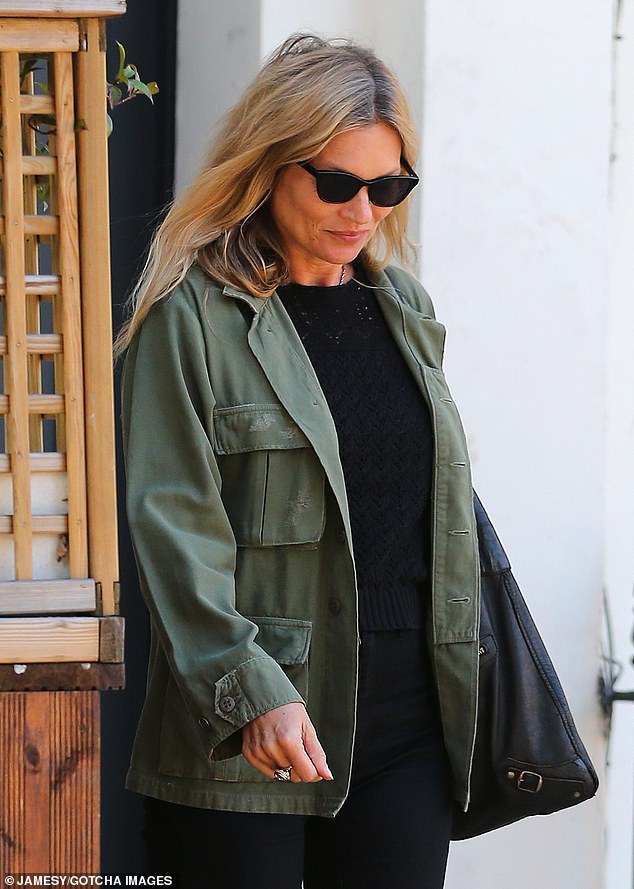 Shady lady: She kept up her typically cool image in a pair of black shades

And the lifestyle change has had a real effect on her appearance and her outlook, according to insiders.

A source told The Sun on Sunday: ‘Kate is like a new woman and a much better version of herself. She is focused, professional and glowing with health.’

‘Everyone is amazed at how well she has done in not drinking for a whole year, considering what she used to be like. But she has found it easier as time has gone on.’ 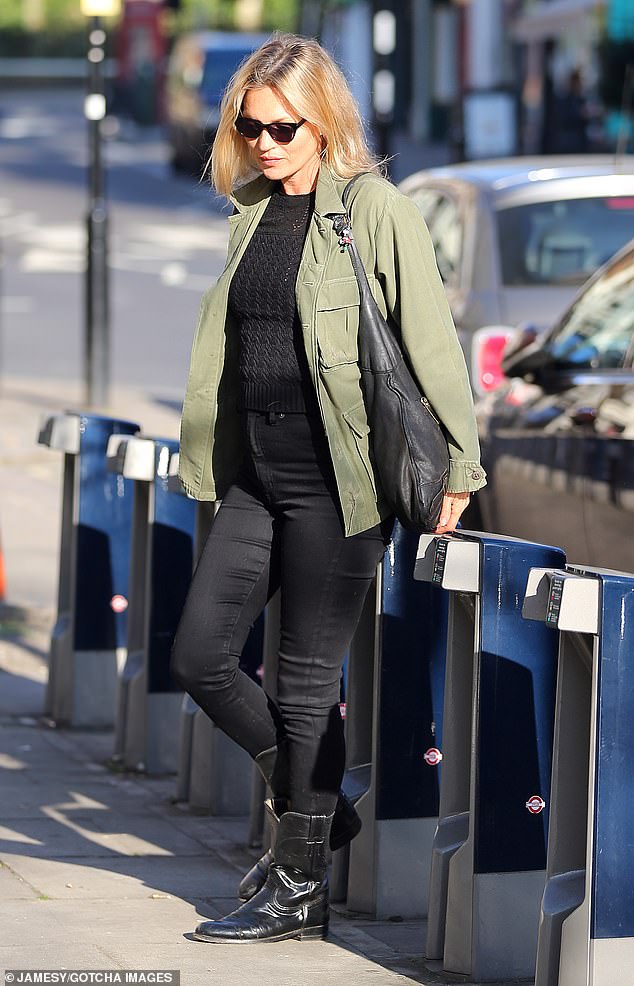 Flat is back: The model didn’t rely on any heel height to elongate her legs 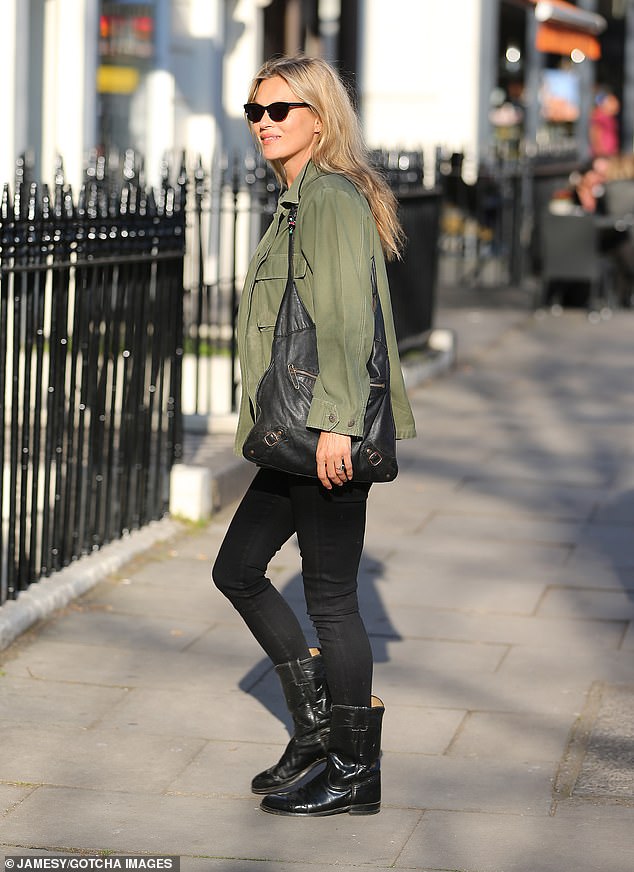 Tressed to impress: Kate has been growing out her tresses for a long hair look