Kelli Kinsella, 37, from Purfleet, Essex, once gorged on greasy Chinese food every day after her ex-husband Steve White would bring it home at the end of his shift.

The pair would then follow it up with trips to the local chip shop. 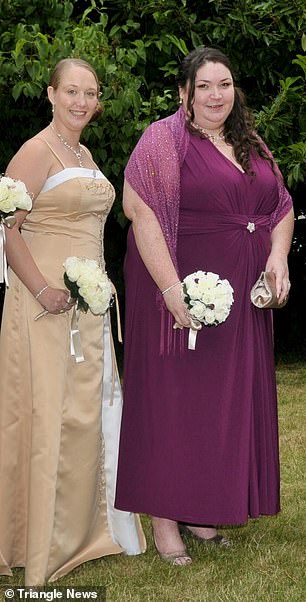 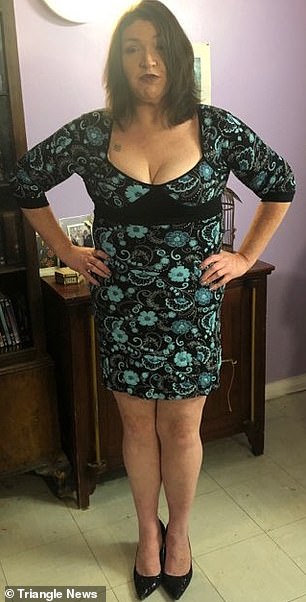 Kelli (picture left, in purple before the weight loss, and right, after) lost an impressive 17 stone

Kelli admits she would start her days with up to three cheese and onion pasties followed by a stodgy baguette for lunch.

She said: ‘My husband was a Chinese takeaway delivery driver so he would come home every evening with piles of food.

‘Even after the Chinese, we’d snack on chips from the chip shop. It was so frustrating because my husband is one of those men who can eat and eat and eat and not gain any weight.

‘He looked like a twig while I just got bigger and bigger.’ 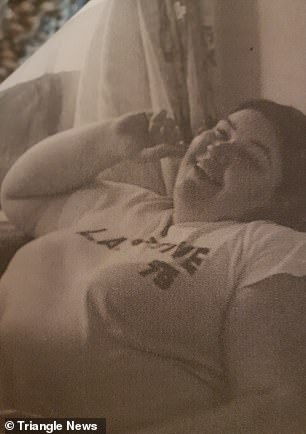 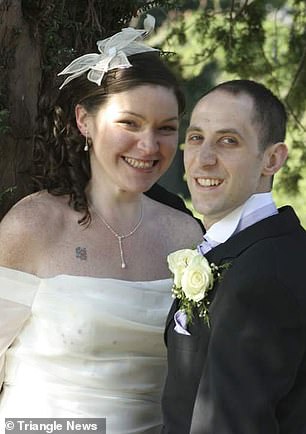 Kelli Kinsella, 37, once gorged on greasy Chinese food every day after her ex-husband Steve White would bring it home at the end of his shift (she is pictured before she lost weight for the first time, left, and right, after losing weight for her wedding)

Project manager Kelli’s colossal weight loss came in two parts. She admits she was always a ‘big girl’ having been a size 16 in primary school.

However, shortly before marrying Steve when she was 24 she decided enough was enough and embarked on a Weight Watchers diet.

Kelli – who is 5ft11 – swapped her bad diet for healthy ‘fakeaways’ and spent her evenings slogging away on a treadmill.

Unfortunately, just two years later she piled on seven stone after being forced to take steroids following an op on her gallbladder. 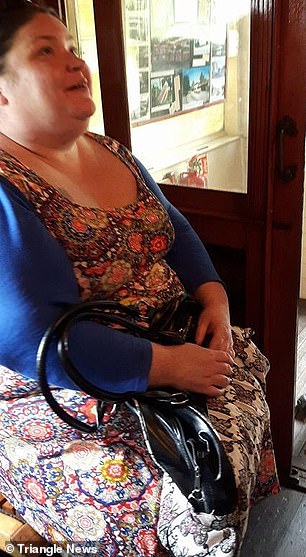 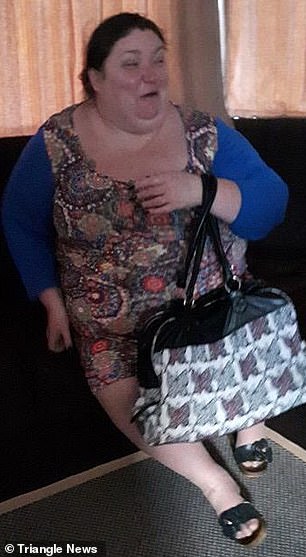 Unfortunately, just two years after losing the weight she piled on seven stone (pictured) after being forced to take steroids following an op on her gallbladder, and then a further 10 stone

She returned to her old habits and re-gained the remaining ten stone – catapulting her back into a dress size 32 and too big to even fit into clothes from plus-sized brand Evans.

Her second wake-up call came in July 2017 when her obese father Bernie Kinsella, 68, was diagnosed with cancer. 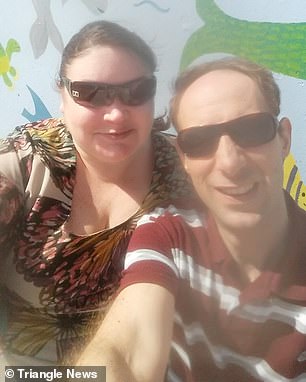 While he went on to survive the illness, the whole experience made Kelli reflect on her marriage, career and general health.

Having been increasingly miserable for years, she divorced her husband – with whom she remains close friends – left her job at an oil company and vowed to return to Weight Watchers.

By ditching her hubby – and with it the takeaway leftovers he bought home – she set about losing 17 stone once again.

Within the space of 15 months, she was happily single, settled in a new career and her weight fell to an impressive 10.5 stone, making her a size eight to ten.

She said: ‘The first time I lost the weight, I knew I wasn’t healthy. I was obsessed.

‘I was going too far with Weight Watchers – I was depriving myself and hitting the gym seven days a week.

‘I would look in the mirror and honestly couldn’t see a difference.

‘My then-husband had to tell me to stop losing the weight because he could see I was too thin.

‘This time was totally different; I took weekly photographs of my body and could see my progress clearly.

Before and after: Kelli, who has no outstanding health complications from the weight loss, now lives on a diet of oatmeal muffins, aubergine pizzas and home-made lasagna

‘I was also single for the first time in 18 years and I had time to properly focus on myself.’

While losing 17 stone once – let alone twice – sounds like a gruesome challenge to most, but Kelli is adamant it didn’t take much work.

She said: ‘What I love about Weight Watchers is that I don’t have to deprive myself.

‘I still go out every Friday night and enjoy my sambuca and my vodka.

‘But now I have a much healthier relationship with food – I control my portion sizes and I’ve learnt to stop emotional eating.

‘I want people to know that it doesn’t have to be that hard, you don’t need a gastric band or surgery – if I can do it TWICE, so can anybody.’

Kelli, who has no outstanding health complications from the weight loss, now lives on a diet of oatmeal muffins, aubergine pizzas and home-made lasagna.

She is looking forward to a fat-free future and is saving money for a skin-tuck surgery to perfect her dream body. 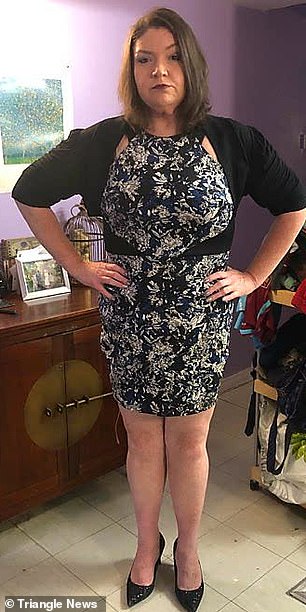 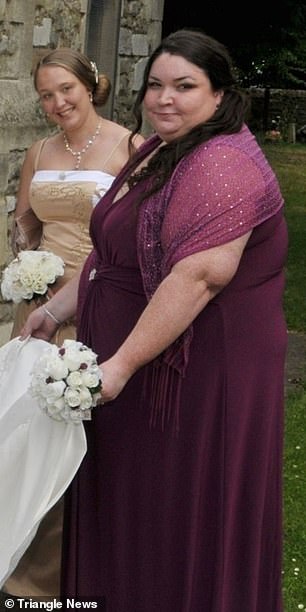 While losing 17 stone once – let alone twice – sounds like a gruesome challenge to most, but Kelli is adamant it didn’t take much work. She is pictured left, today, and right, before her diet

After being single for a year and a half, she is now venturing into the world of online dating as she hopes to start a family in the near future.

She said: ‘My dad’s illness made me realise that life is so short and so precious. If you’re not happy in yourself, it’s important to take control and do something about it.

‘I’m happier than I’ve ever been and I will definitely never look back. I’ve totally redesigned my relationship with food.

‘I’ve seen my mum and dad struggle with so many health problems from being overweight in later life.

‘I’m determined not to go that way. I’m too happy to sacrifice it all again.’

But she added: ‘My husband and I had been together for 18 years and he was all I knew. But I came to the realisation I wasn’t happy.

‘We’ve stayed in touch and I actually think we work much better as friends – I even set him up with his current girlfriend!’