Alesha MacPhail’s great-grandfather has called for the boy who murdered her to face the death penalty.

George Lochrane, 76, said 16-year-old Aaron Campbell should be kept in jail for his entire life, adding: ‘He should never be let out — they should throw away the key.’

Mr Lochrane, from Coatbridge, told the : ‘I would have liked to have seen him hanged.’

Campbell abducted six-year-old Alesha from her family home before her naked body was dumped in the woods of the Isle of Bute with 117 injuries on July 2 last year. 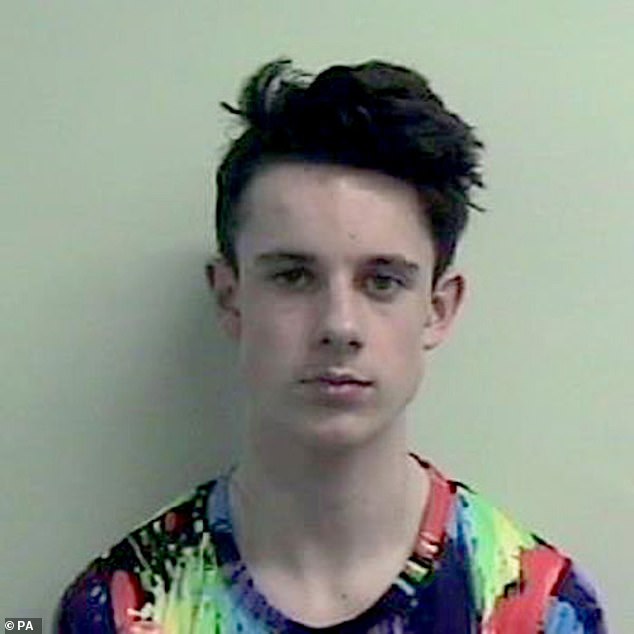 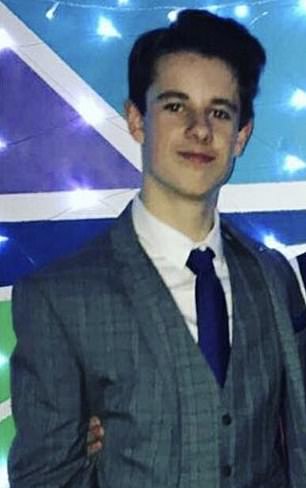 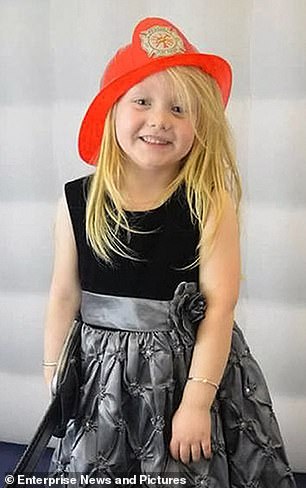 Campbell (left) had received anonymity due to his age, over the murder of six-year-old Alesha MacPhail (right)

He was caught out by his own mother’s CCTV as he came home in the middle of the night after killing the six-year-old girl.

Chilling footage revealed Campbell arriving and leaving twice outside his Isle of Bute family home on the night Alesha was abducted before her naked body was dumped in the woods.

Writing on Facebook, Alesha’s grandmother Angela King objected to Campbell being named – saying it was ‘the last thing’ she wanted.

The grieving granmother said the teenage killer wanted ‘notoriety’ for his crimes.

Ms King wrote: ‘I thought I might sleep just a little easier tonight but no… I don’t want to speak of him the only person who matters was Alesha… he is never going to be released, he enjoyed his time in court, took pleasure from it, to me his name being revealed is the last thing I want.

‘Why? Because he doesn’t deserve notoriety recognition for what he’s done. That’s what he wants. Let him rot and ill see him in hell I don’t doubt he’ll be there sooner rather than later.’

His mother believed her teenage son might have seen something relevant to the investigation – and contacted police after reviewing the CCTV footage, despite her son being adamant he had nothing to do with the ‘barbaric and wicked’ murder on the Scottish holiday island.

Mr Lochrane said the family was ‘delighted’ following the decision at the High Court in Glasgow to identify Campbell, but added: ‘It doesn’t bring Alesha back. We miss her so much’.

One of Alesha’s grandmothers, Angela King, said the killer ‘took pleasure’ from his time in court, adding: ‘Let him rot and I’ll see him in hell’.

The High Court in Glasgow heard that Campbell had a history of self harm and depression and had been tested for ADHD.

Campbell filmed himself playing a game about internet horror meme Slender Man – a fictional character infamous for abducting and killing children then dumping them in the woods.

The murderer was also known to have killed and skinned cats before burying them in the back garden.

Campbell was told that the rape, murder and abduction of Alesha was among the ‘wickedest’ crimes that Glasgow High Court had ever heard.

In the months before the six-year-old’s murder, Campbell – whose father is an oil rig supervisor who works overseas – had allegedly sexually assaulted one girl and tried to drown another.

Alesha’s mother Georgina ‘Genie’ Lochrane sent the six-year-old to Bute for a break believing she would be safer there than on their estate in Airdrie, 12 miles east of Glasgow. 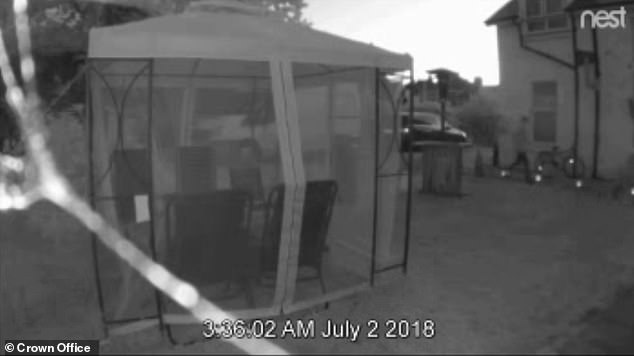 Timeline of a ‘wicked’ murder: How six-year-old Alesha was snatched from her bed by teenager who raped and killed her in the woods

10.30pm – Alesha is put to bed for a final time by her father. Her grandmother is the last of the family to go to bed around two hours later.

1.40am – Around this time Robert MacPhail receives missed calls from the phone of the accused, to whom the court heard he had previously dealt cannabis.

1.54am – Aaron Campbell is spotted on his mother’s CCTV cameras leaving his family home.

2am – He forces his way into Mr MacPhail’s flat after finding a key in the lock. He snatches sleeping Alesha from her bed and carries her out of the property.

2.25am – Campbell is seen on CCTV carrying something – perhaps her body – along a beach. It is not known if it is before or after he raped and murdered the little girl.

6am – Alesha’s grandfather gets up and realises she is not in her room. A search of the house begins.

6.23am – Alesha’s grandmother calls police to report her missing.

8.54am – Alesha’s body is found in the grounds of the former Kyles Hydropathic Hotel.

9.23am – The six-year-old is pronounced dead, the cause later established as ‘pressure to neck and face’. She has 117 separate injuries to her tiny body.

After midday – The 16-year-old accused sends a video of the top half of his body to friends in a Snapchat group with the message ‘found the guy who’s done it’.

12.32am – A phone belonging to the killer was used to google ‘how do police find DNA’ and a minute later the internet history showed a page on collecting DNA evidence.

Police arrest the teenager in connection with Alesha’s death. He is charged the following day.

The accused appears at Greenock Sheriff Court charged with the child’s rape and murder. He makes no plea during the private appearance.

A vigil is held on Bute where locals gather to light candles for the six-year-old in Rothesay’s Guildford Square.

Alesha’s funeral is held at Coats Funeral Home in Coatbridge, North Lanarkshire. Most mourners wear pink as requested by the family.

The accused goes on trial at the High Court in Glasgow. It emerges he has lodged a special defence of incrimination, blaming Robert MacPhail’s partner Toni McLachlan for the crime.

The 16-year-old accused is found guilty of abducting, raping and murdering six-year-old Alesha.

A judge agrees he should be named, and it is revealed to be Campbell, a violent serial killer in the making caught after his first murder.

Commuters return to work to find train tickets have soared by £2,000 in a decade
Royal baby name: James, Alexander new favourites for Meghan and Harry's son
'Family man', 53, admits killing three-month-old baby he learned was not his
More than 30,000 cyclists ride from London to Surrey and back again
England fans watch rugby heroes take on beefy Argentina in crucial Rugby World Cup match in Tokyo
Prince Harry and Meghan Markle share new photo from Archie's Christening on Prince Charles birthday
EU migrants will have to earn at least £23,000 before they are allowed into Britain
Tory donor Richard Desmond embroiled in 'cash for access' row had drinks with Boris Johnson at No.10