This is the adorable moment a puppy was filmed whimpering and crying during the heartbreaking scene from The Lion King where young Simba finds his father dead.

Four-month-old Luna appears to get emotional as Mufasa succumbs to his injuries after being trampled in the stampede.

As the Disney cartoon shows Simba lying down next to his dad the clever dog also lies down. She can then be heard whimpering and crying as the emotional scene plays out.

Her owner Josh Myers, from Chattanooga, Tennessee, said: ‘To see her crying at the TV was the sweetest thing I think I’ve ever seen.’

He said Luna had been playing with toys before stopping in her tracks to watch the devastating moment.

Josh then shared the footage to social media and posted on Facebook that the animated movie is Luna’s favorite. 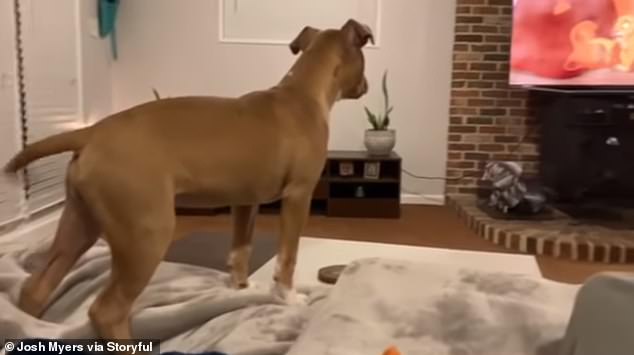 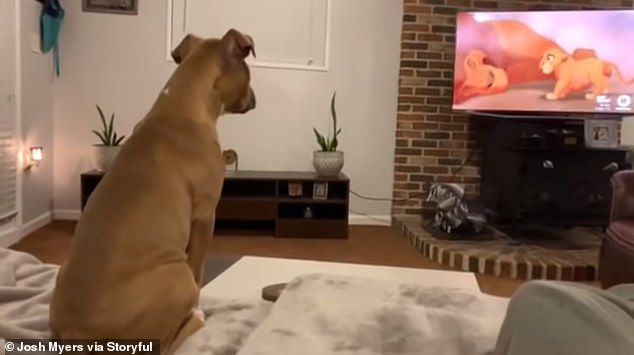 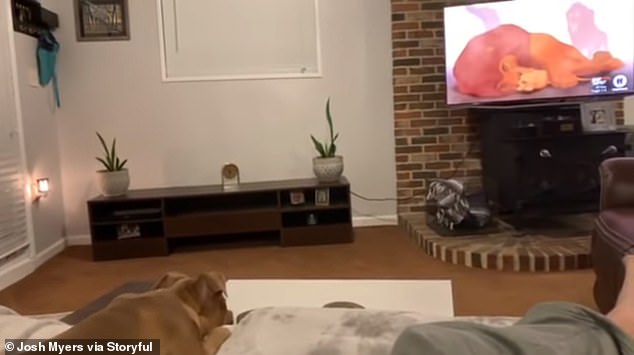 He wrote: ‘So Hannah and I were watching the Lion King while Luna played wildly with her toys.

‘But right as Mufasa falls to his death, she stops and turns to the TV to watch. To see her crying at the TV was the sweetest thing I think I’ve ever seen.

‘She even lays down right after Simba lays with his dad. We don’t deserve dogs. 4 months old and she’s already showing empathy.’

The clip has since been shared more than 30,000 times.