has discussed her recent marriage to , saying it’s far from ‘old-fashioned’ and is actually, ‘new age.’

The 26-year-old told : ‘We’re redefining, to be f***ing frank, what it looks like for someone that’s a queer person like myself to be in a hetero relationship.

She said: ‘What I preach is: People fall in love with people, not gender, not looks, not whatever. What I’m in love with exists on almost a spiritual level. It has nothing to do with sexuality…gender is a very small, almost irrelevant part of relationships.’ 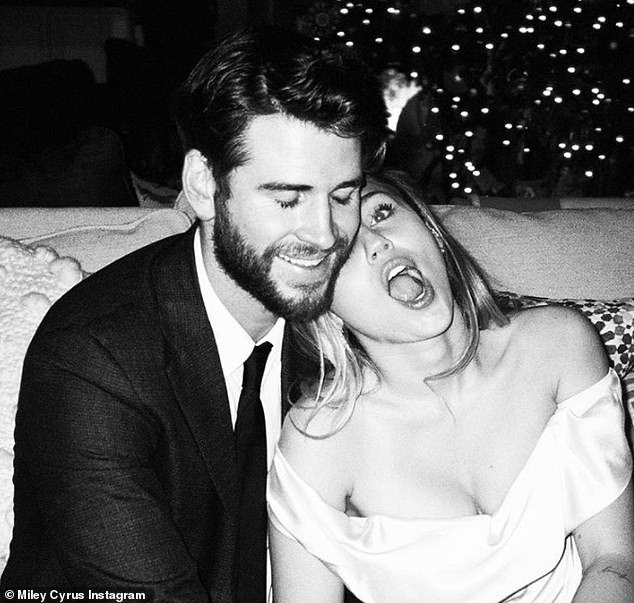 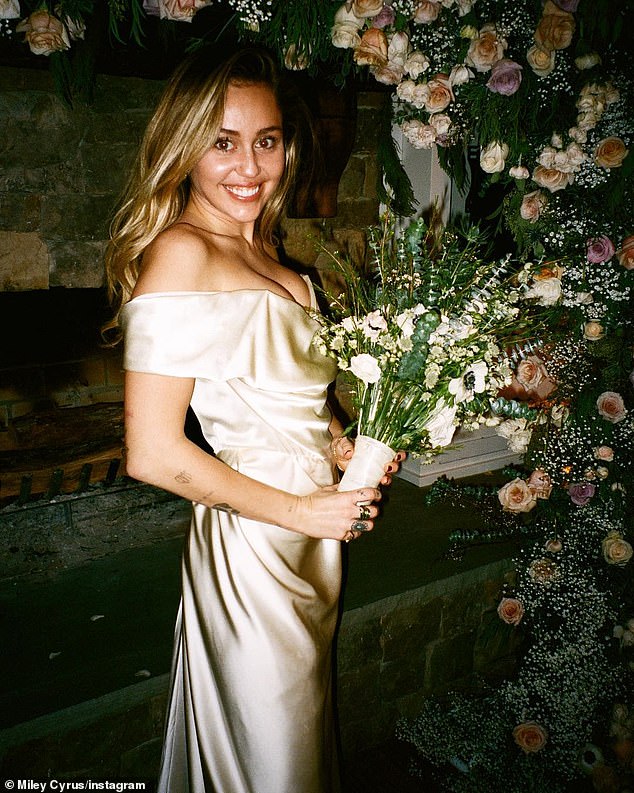 Love: Miley and Liam married on December 23 at her Tennessee family home, contrary to initial speculation that they were planning to wed in Liam’s native Australia

The hitmaker said she is a proud member of the LGBTQ+ community, and believes sexuality and gender identity are completely separate from partnership.

Miley and Liam, 29, married on December 23 at her Tennessee family home, contrary to initial speculation that they were planning to wed in Liam’s native Australia. 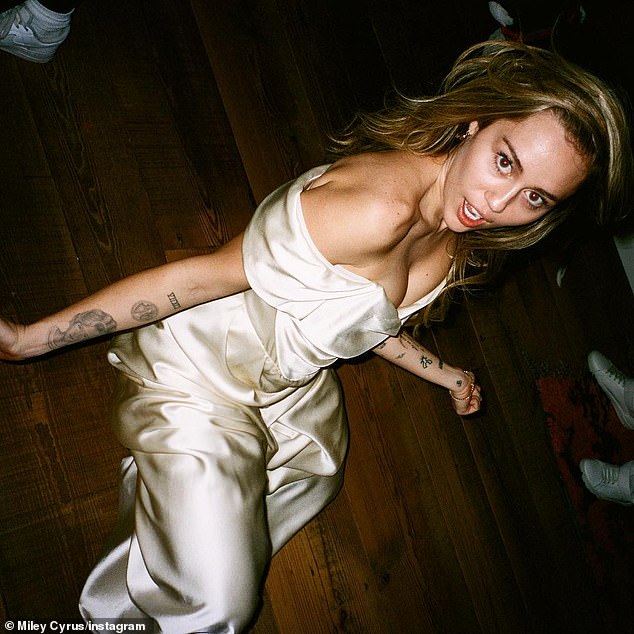 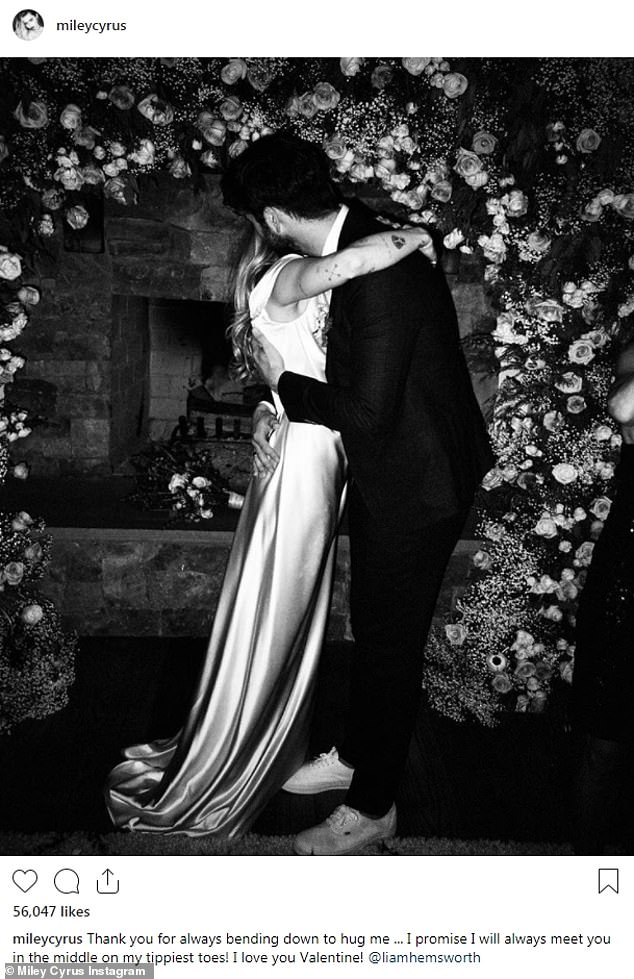 Special: The singer wore an ivory Vivienne Westwood gown which is thought to have cost £8600 to wed her on-off love of almost ten years

The singer wore an ivory Vivienne Westwood gown which is thought to have cost £8600.

Miley and Liam met on the set of their movie The Last Song in 2009, but have endured an on-off romance over the years. 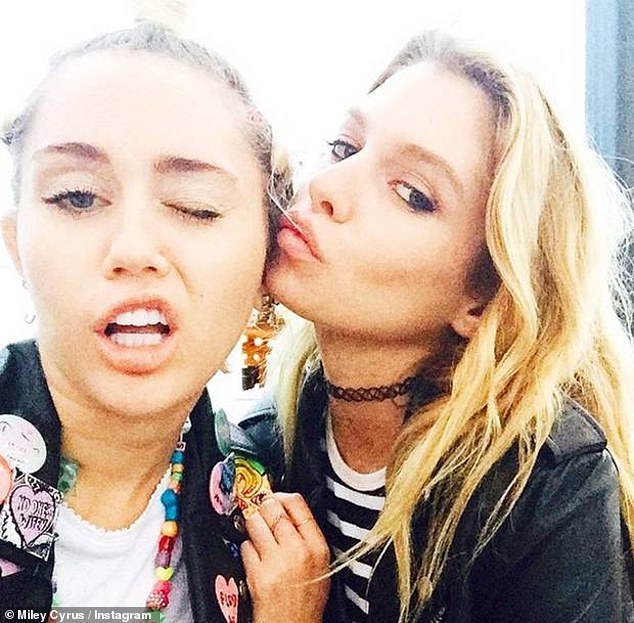 Close: In 2015, Miley was linked to model Stella Maxwell, 28, after they were seen out together. A month later, Miley shared that she was pansexual – and single 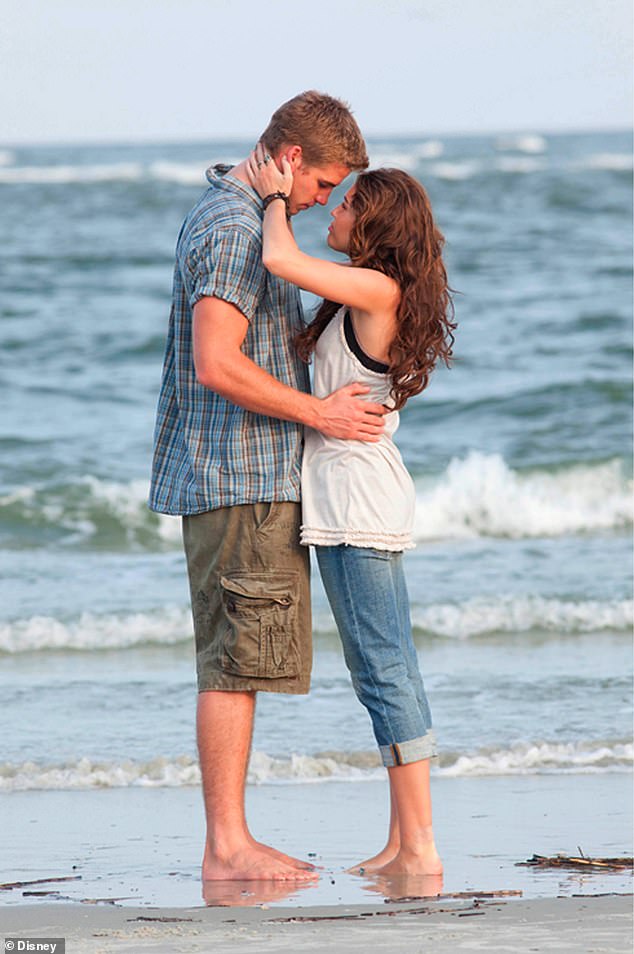 The real deal: Miley and Liam met on the set of their 2010 movie The Last Song but have endured an on-off romance over the years

They first got engaged in 2012, but the engagement was over in September 2013.

Before Liam became her husband, Miley would call Liam her ‘survival partner.’

In 2015, Miley was linked to model Stella Maxwell, 28, after they were seen out together. A month later, Miley shared that she was pansexual – and single.

Liam and Miley rekindled their love for good two years ago and after moving in to one another’s homes, they got engaged for a second time.

The couple married in December, putting a positive end to the year which saw her Malibu home burn down in the Californian wildfires.

Miley said that a part of her is a never-satisfied artist who gets bored easily, but she says that now, she has a home base of calm and peace she can return to.

She also told the publication that she used to record music at the Malibu house which burned down, when it was owned by a producer named Matthew Wilder.

After Miley and Liam split, he bought the home, not knowing about the history and was shocked to see Miley’s plaques being shipped out.

June 2009: Miley and Liam first met on the set of the movie The Last Song, in which they played romantic interests – foretelling their real-life future.

March 2010: Following months of speculation, the lovebirds confirmed their romance in the most Hollywood way possible, by making their red carpet debut as a couple at an Oscars party.

August 2010: After solidifying their status as Hollywood’s coolest young It Couple, the pair reportedly went through their first breakup, with Miley’s exhausting work schedule being cited by sources as the cause. 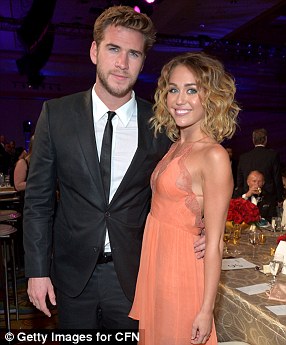 September 2010: Within weeks of the news that they had gone their separate ways, the pair were spotted out and about together.

November 2010: Fans rooting for the photogenic twosome’s fledgling romance were left disappointed as they decided to split once again.

April 2011: After spending a whole winter apart, it appeared that they came to the realisation they couldn’t live apart, as they reunited in time for spring.

December 2011: Of course, nothing says ‘we’re together and madly in love’ in Hollywood like a red carpet outing. Liam joined Miley at the CNN Heroes Gala in Los Angeles.

March 2012: Shortly after Miley accompanied Liam to the premiere of The Hunger Games, engagement rumours swirled as she was seen sporting a ring. However, the star took to Twitter to shoot down the fevered speculation.

June 2012: What a difference a few months make! The couple announce their engagement after Liam proposes with a 3.5-carat Neil Lane sparkler.

February 2013: ere appears to be trouble in paradise once again, as Miley shoots down cheating rumours. Despite her denials, the couple step out separately for high-profile Oscar parties, fuelling breakup speculation. 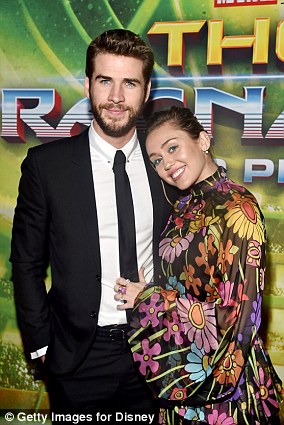 Back together: In October 2017, Miley and Liam appeared on their first red carpet together in more than four years

September 2013: Miley makes the big step of unfollowing Liam on Twitter. Just days later, her spokesperson confirms that the engagement is over. That same month, Liam is seen kissing Mexican beauty Eiza Gonzalez.

November 2014: Miley moves on! She embarks on a romance with Patrick Schwarzenegger, and their every exploit soon starts hitting social media.

March 2015: After Miley is embraced and welcomed into the Schwarzenegger fold, Patrick is seen getting cosy with another woman.

April 2015: It’s announced that the pair’s Instagrammable romance is over.

July 2015: Miley is linked to model Stella Maxwell after they’re seen out together. One month later, Miley shares that she’s pansexual – and single.

January 2016: The singer confirms that she’s back with Liam – and they’re engagement is on again – after she’s seen with moving trucks at his home.

October 2017: Miley and Liam make their first red carpet appearance together in more than four years as they attend the Hollywood premiere of Thor: Ragnarok, starring his brother Chris.

November 2018: The couple lose their Malibu home, after devastating wildfires destroy homes throughout the state of California. They subsequently relocate to Tennessee, where they’re thought to have wed a month later.