She’s one of the fashion industry’s most in-demand models and is a front-row regular at some of the hottest shows.

And Georgia May Jagger exuded chic as she led the turnout at the Emporio Armani autumn/winter 2019 presentation at Milan Fashion Week on Thursday.

The catwalk queen, 27, cut a glamorous figure for the bash, wearing a fitted black blazer with a plunging neckline and matching loose-fitting trousers. 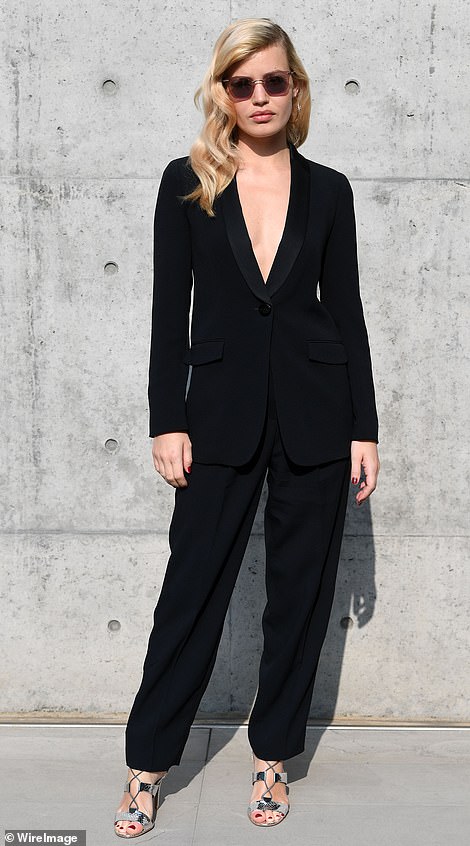 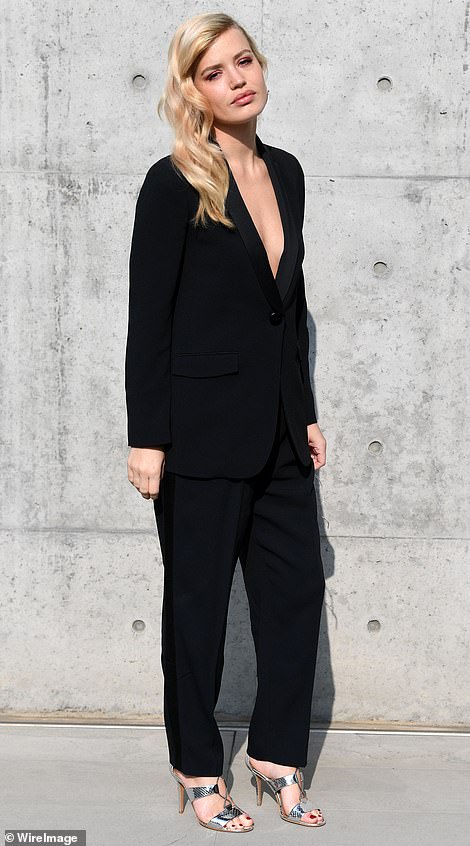 Glamour: Georgia May Jagger exuded chic as she led the turnout at the Emporio Armani autumn/winter 2019 presentation at Milan Fashion Week on Thursday

The cover girl – who is the daughter of Rolling Stones rocker Sir Mick Jagger and former model Jerry Hall – added height to her frame with silver, strappy heels and added a pop of colour to her look with blood red nails.

The beauty completed her look with a pair of shades to shelter her eyes from the Italian winter sunshine.

The model has carved out her own career in the fashion industry out of the shadow of her famous parents. 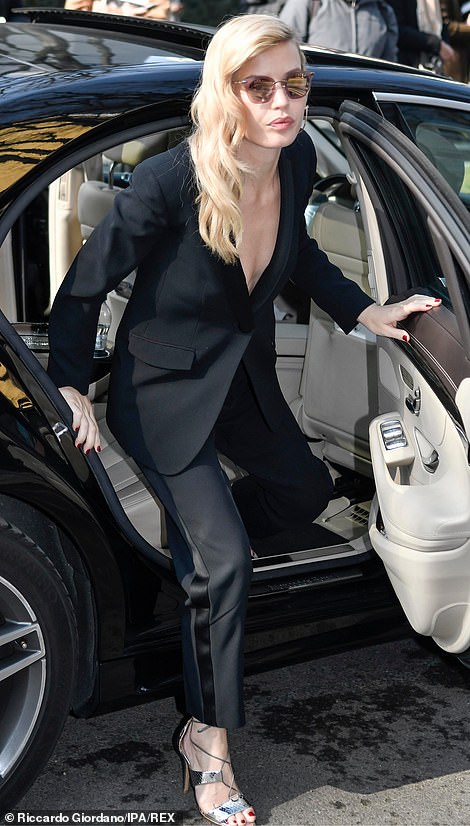 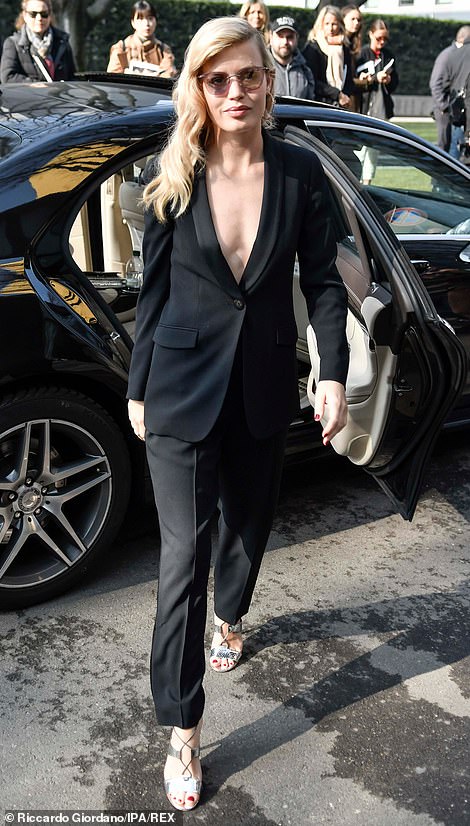 Suits you! The catwalk queen, 27, cut a glamorous figure for the bash, wearing a fitted black blazer with a plunging neckline and matching loose-fitting trousers

Despite making a name for herself, the model stressed the importance of taking ‘wisdom’ from her parents in an interview with the .

She told the publication in June 2016: ‘I really look up to older people, and I like to take wisdom from my uncles, aunts, parents and grandparents.

‘My grandma fell in love and married again later in life, so I always thought that was really inspirational; that it didn’t always need to be that you settle down with one person and that’s it.’

Georgia’s latest outing comes after she confirmed her romance with dashing restaurateur Louis Levy by sharing her first snap of them together on social media.

Besotted Georgia threw her arms around her new love’s neck as she sat comfortably in his lap while Louis planted a kiss on her cheek for the snap.

A very smitten Georgia captioned the post: ‘The best birthday present I got this year.’

Parisian-born Louis, 29, paid a visit to the blonde beauty for her birthday in London after travelling from his home in New York City.

The restaurateur part-owns the popular Mimi eatery in Greenwich Village. 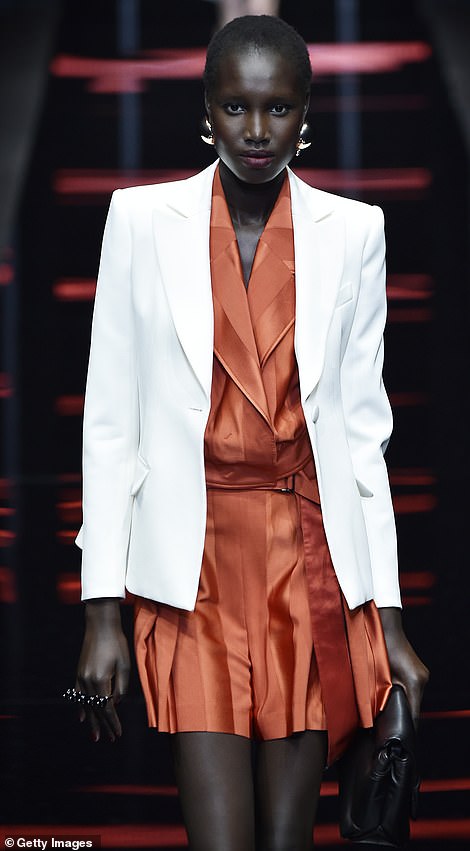 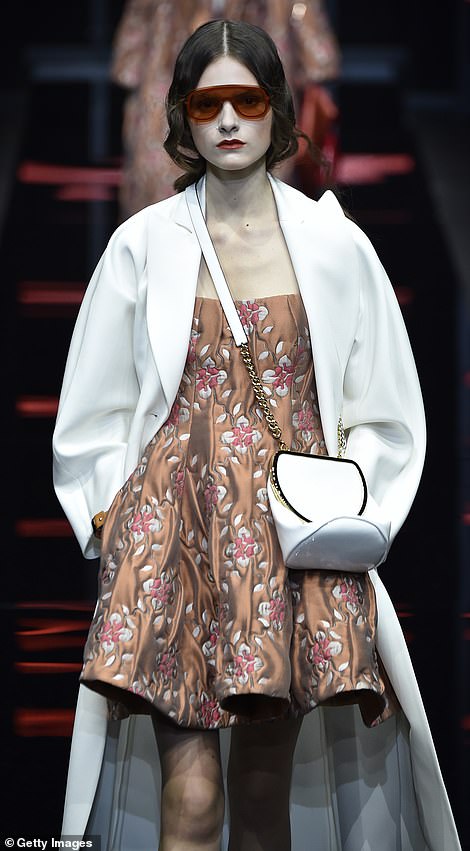 In an interview with , Georgia opened up about her fashion dos and don’ts, saying she doesn’t think it’s necessary to wear too much designer clothing.

She said: ‘I think the worst fashion faux pas is just buying really expensive designer clothes and wearing them all at once. I don’t think money buys you style.

‘A lot of people think if that have the it-handbag or the thing of the moment that they are going to look fashionable, but really lots of people tend to wear the same thing at the same time.

‘I think it’s best to mix that kind of stuff with your own clothes, with more high-street brands and vintage clothes.’ 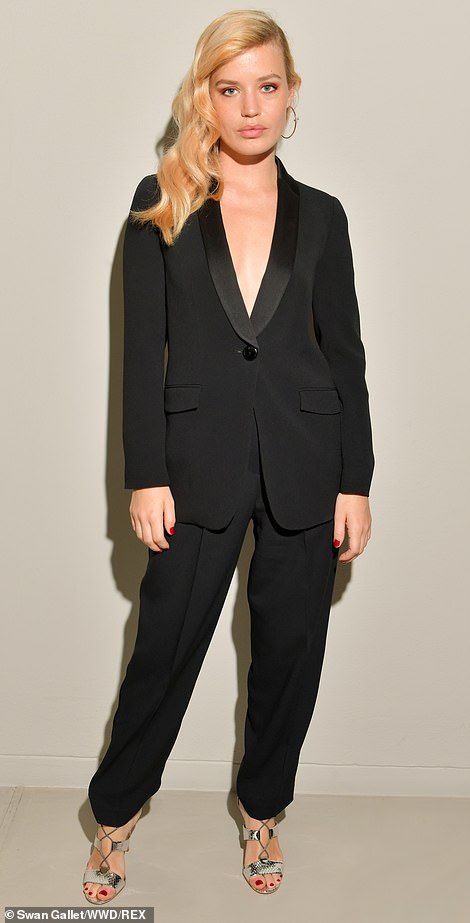 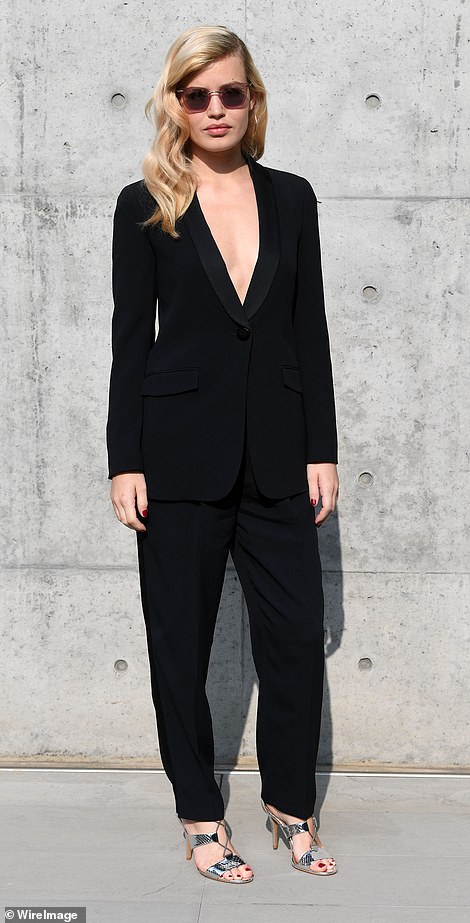 Cheryl dons racy sheer dress with feathered panels in London
Gemma Chan is the picture of elegance in fitted floral dress
Summer Monteys-Fulham, 23, cuts a casual figure on shopping trip with her sister
Bachelor star Anna Heinrich looks radiant in striking ensemble at MBFWA
Sally Obermeder's daughter Annabelle, seven, is rushed to Sydney's Children's Hospital
Justin Timberlake is given a run for his money by son Silas on family outing with Jessica Biel in LA
Kim Kardashian shows off her eye for style in dragon print top with high-waist trousers
Madonna, 61, declares she's 'never been with a guy with a small d**k' during Madame X show